How To Watch Sunday Night Football Live: 49ers vs Broncos 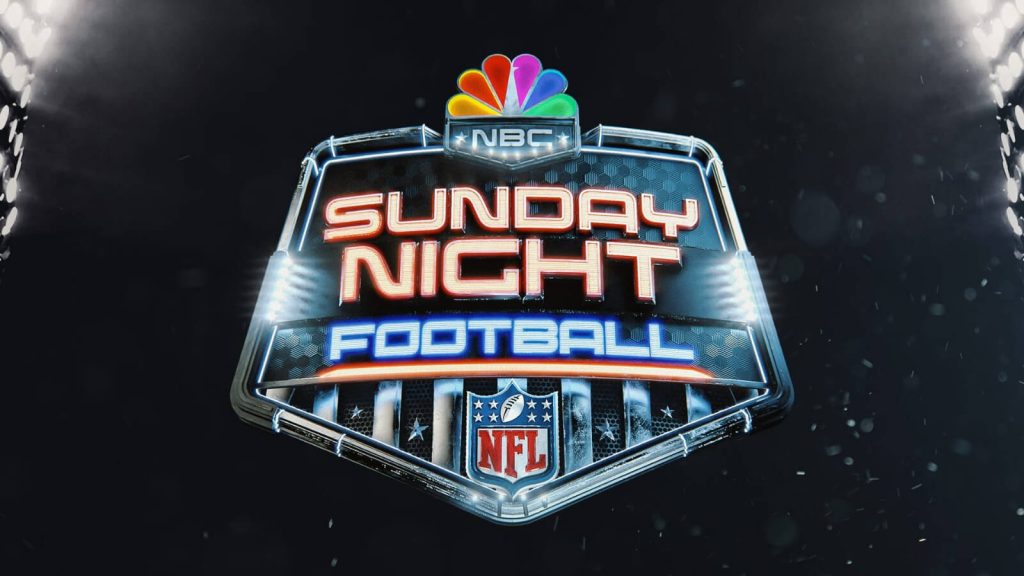 There are some new faces for the NBC broadcast crew. Mike Tirico is replacing Al Michaels, who left for Thursday Night Football on Amazon Prime, as the play-by-play man and Melissa Stark is replacing sideline reporter Michele Tofoya.

Where to watch Sunday Night Football

NBC is the exclusive home to Sunday Night Football, so you’ll need access to a streaming service that provides the NBC network to watch the games. You can get NBC with a number of different streaming services, including Hulu + Live TV, Peacock, FuboTV, DIRECTV STREAM, Sling TV and more.

How to Watch Sunday Night Football on Hulu + Live TV

Hulu + Live TV is one of the best options for streaming live TV without a cable subscription because it offers more than 75+ live channels and also gets you access to both Disney Plus and ESPN Plus. The base plan starts at $69.99 per month, but if you would like no ads you can upgrade the plan for $75.99 per month. NBC is one of the basic network channels included in both Hulu + Live TV plans so you won’t have to purchase any additional add-ons to watch Sunday Night Football. Although if you are interested in one of the sports add-ons, it will get you access to NFL RedZone, FanDuel TV, FanDuel Racing, MAVTV, Outdoor Channel and Sportsman Channel. Before committing to one of the Hulu + Live TV plans, make sure to check out the current promotion of $20 off the first three months.

How to Watch Sunday Night Football on Peacock

Peacock is a unique live TV streaming service because the options are limited and some of the content is only available for certain periods of time. On the other hand, Peacock Premium is a great option for Sunday Night Football because subscribers can watch every game that airs on NBC and the subscription is only $4.99 per month. If you’re a fan of the game looking for an affordable streaming option, Peacock is the way to go.

How to Watch Sunday Night Football on FuboTV

FuboTV is another great streaming choice for any sports fan because it was originally a service for watching sports and they still hold strong to that tradition today. FuboTV offers a variety of channels including NBC for Sunday Night Football, though some of the other channel offerings are restricted to geographic locations. They offer four plans but most people are satisfied with the Pro plan. For $69.99 per month, the plan offers 131 channels, over 1,000 hours of cloud DVR, and unlimited simultaneous streaming. Make sure to try out the seven-day free trial before deciding on a plan.

How to Watch Sunday Night Football on DIRECTV STREAM

DIRECTV STREAM is one of the more popular streaming services for NFL fans because of their long standing relationship with the NFL and the wide variety of channels offered. DIRECTV STREAM has four plans to choose from 75 to 150 channels. The basic Entertainment package is the most affordable at $69.99 per month and includes NBC, as do all the other plans. If you’re just looking to stream Sunday Night Football the Entertainment package is the way to go. They are offering a five-day free trial on any plan so you can try it out before making your decision. DIRECTV STREAM also has a limited-time offer for the first two months down to just $49.99 per month.

How to Watch Sunday Night Football on Sling TV

Sling TV is another streaming service that is budget-friendly and gets you access to a handful of sports content on each plan. Sling TV offers three packages: Sling Orange for $35 per month, Sling Blue (also) for $35 per month, and Sling Orange & Blue for $50 per month. The Orange plan offers more college football games, while the Blue plan focuses on Pro football (and comes with 10 more channels). Sling Blue has the NBC network included in the plan so it’s the better option of the two for Sunday Night Football. Although this streaming service doesn’t offer a free trial, you can get half off your first month.

You can also find the Sunday Night Football schedule on NFL.com.

Sunday Night Football: The perfect way to start the week

Sunday Night Football is easy to stream, and you can watch the game anywhere — even if you’re out on your Sunday with the family. If you’re looking for the most bang for your buck, Hulu + Live TV is the way to go. Though more expensive, Hulu + Live TV carries a lot of non-sports content for the other non-football days of the week. If you’re wanting a more affordable streaming service for Sunday Night Football, Peacock and Sling TV might be the better choice.

How can I watch Sunday Night Football without cable?

If you don’t have cable, you can use Hulu + Live TV, Peacock, or another streaming service; however, you’ll still need to use NBC one way or another to catch the games.

What channel is Sunday Night Football on in 2022?