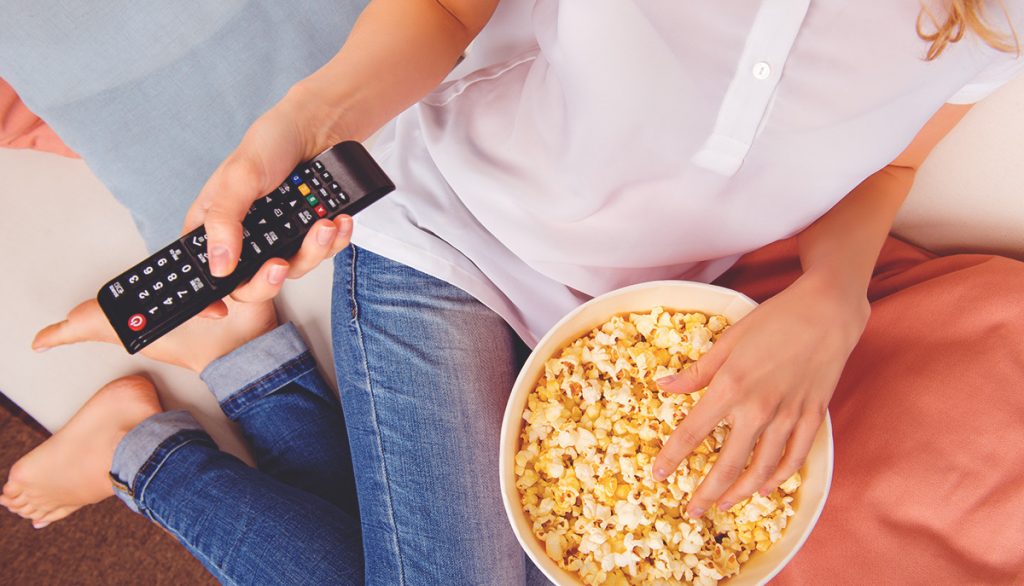 There’s nothing quite like moving abroad to experience new cultures, people and opportunities. And while Australian entertainment is suited to a wide audience, there’s something comforting about connecting with your roots through television shows and movies from home.

Streaming services like Netflix or Amazon Prime may offer world movies and TV shows – but for a proper taste of home, we’ve pulled together this guide to show you how to get international TV channels in Australia.

YuppTV is a service provider for South Asian content, primarily Indian television and films, as well as live TV. Subscriptions are available in monthly, half-yearly and yearly packages to gain access to over 100+ channels. Once you’re a member, download the YuppTV app to watch on your devices including Android, LG TV, Samsung TV, Xbox, Apple TV and more.

You can also check out the Hindi collection of entertainment on SBS On Demand – a free streaming service from Australia’s main multicultural and multilingual broadcaster.

Access all your favourite Filipino content with IWantTFC – an on-demand streaming service offering the latest dramas, comedies, reality TV shows, talk shows, blockbusters and more. Simply create an account, subscribe for a monthly fee and sit back and enjoy.

iFlix is currently available in Malaysia, Indonesia, the Philippines and Vietnam, meaning you’ll need a VPN to access your favourite shows from Australia.

FPT Play offers a big variety of subscription packages to suit your needs and budget. Choose from the free lite version which lets you view 50+ domestic channels, all the way up to the VIP experience for ad-free access to the full catalogue. Content includes local series as well as Western TV, sports like the NBA and plenty more.

SBS On Demand also houses a range of Vietnamese TV and cinema you can enjoy.

Dubbed the Spanish-language version of Netflix, Pantaya is a streaming service that screens Mexican and Latin American TV shows and films across action, romance, comedy, drama, horror and plenty more. Like most streaming sites, Pantaya offers a free trial period. As this service is only available to those in the US and Puerto Rico, you will need a VPN to gain access.

If you don’t want to explore the VPN option, SBS On Demand holds a small collection of Spanish-language TV and movies.

TV Indonesia offers access to more than 40 of your favourite Indonesian TV channels, national and local TV or regional TV, as well as international channels including CNN Indonesia, RCTV, INTV, The Indonesia Channel (TIC), Jakarta Globe and many more.

BritBox is a digital video subscription service, founded by BBC Studios and ITV. It houses a huge collection of British television spanning from old classics to new series. To gain access to Britbox in Australia, you can complete a free 7-day trial, or pay $8.99 for a monthly subscription or $89.99 for the year.

You can watch all your favourites on your TV through Apple TV, Android TV, Google Chromecast and more, as well as your computer, tablet or mobile.

Unlike some streaming services, iQIYI and Rakuten Viki allow you to watch and enjoy Chinese TV shows and movies legally for free. While a VIP subscription will get you access to the entire collection of entertainment, there is still plenty of content that won’t cost you – no Chinese TV box needed.

You can also explore the Chinese collection of entertainment on SBS On Demand.

Is VPN legal in Australia?

A virtual private network, or VPN, is a service that allows you to browse the web more privately. It is legal in Australia.

When you use the internet, you send and receive data to and from your phone, tablet or computer. A VPN sends and receives your data through a ‘tunnel’, which can’t be viewed by other internet users. A VPN makes it difficult for companies and others to look at your internet usage as well as know which country you’re located in.

You can use a VPN to access streaming services and websites from your home country that may have geographical restrictions.