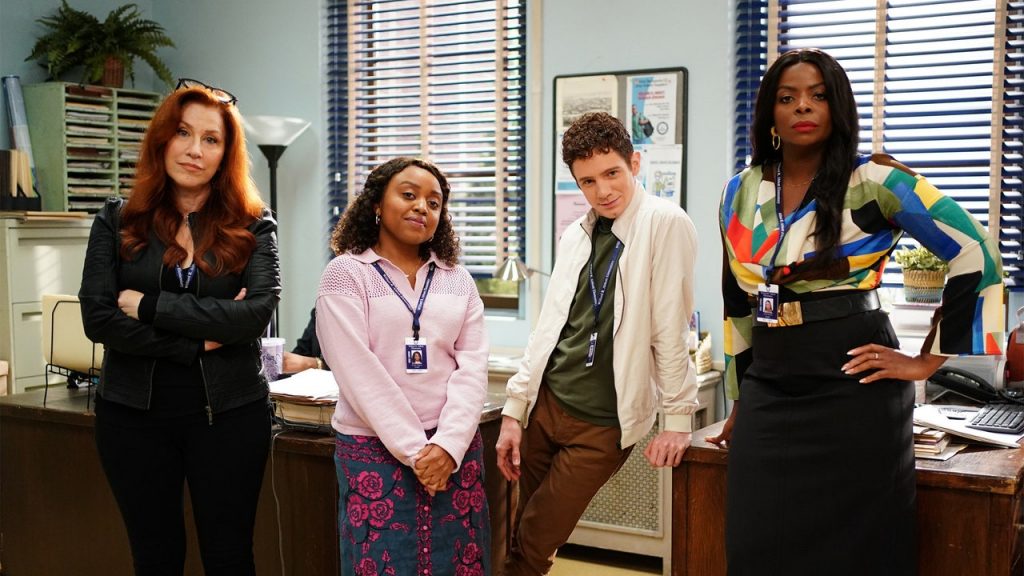 When she was growing up, Quinta Brunson would sit down with her family at night to watch reruns of The Brady Bunch or The Bob Newhart Show on Nick at Night, or later, The Fresh Prince of Bel-Air and The King of Queens. It was a family ritual that she still reveres, and one that she struggled to replicate with her parents when she got older.

“For a while, we just didn’t feel like we had things we could watch with each other. I think people’s minds automatically go to violence or sex, but I don’t think it’s always that—sometimes it’s just a sense of humor is so vastly different,” says Brunson, 32, remembering a failed attempt to watch It’s Always Sunny in Philadelphia with her mother.

So when Brunson was creating her own show, ABC’s Abbott Elementary, she hoped it might become the center of a ritual for other families—and from what she’s witnessed firsthand, she succeeded. “When someone will come up to me on the street, or even on social media, and say that they’ve been watching it with their eight-year-old child, or their 70-year-old grandmother, that’s, like, almost too humbling to function,” Brunson tells Vanity Fair.

Abbott Elementary, a mockumentary-style comedy set in an underfunded Philadelphia school, has become a runaway hit since debuting on ABC in December, with a near-perfect Rotten Tomatoes score and strong ratings—its second episode brought ABC its highest ratings for a comedy since the April 2020 finale of Modern Family. It could also be the first new network comedy in years to pose real competition at the Emmys, where Black-ish was the only network show to land a comedy-series nomination last year; Modern Family, back in 2014, was the last one to win.

Broadcast TV has been pinched by premium cable and streaming for over a decade now, and streamers with famously deep pockets often lure A-list talent making high-concept, auteur-driven projects and limited series. But even as some streamers circle back to become more like the networks they tried to replace, Abbott Elementary proves that it can take just one fresh show to put network TV back on the map. “I think whenever anybody says, broadcast is dead, then something comes along like Abbott that really strikes a chord and gets people talking,” says Channing Dungey, the former president of ABC Entertainment who is currently the chairman of Warner Bros. Television Group, which developed Abbott with Brunson.

Despite the sexiness of streamers, Brunson says she always hoped her comedy series would be on network TV. “Although we’ve gone so far with streaming and streaming shows can be the most popular shows in the world, I felt like I hadn’t quite seen sitcoms really thrive in those spaces yet,” she tells Vanity Fair. “When you want to create something that inspires family viewing, but is still funny, is still fresh, it’s still moving the needle a little bit, but something that’s just enjoyable to watch, I thought that network was still the best place.”

Brunson first rose to prominence through her Instagram series, Girl Who Has Never Been on a Nice Date, and some viral BuzzFeed video series, but she’d always gravitated toward traditional television. After she was cast in two Warner Bros. TV projects—a CW pilot that didn’t go to series and a recurring role on the dramedy *iZombie—*she began working with the studio on a workplace comedy for HBO Max. That also didn’t end up working out, but reteaming with the studio for Abbott seemed like a great fit. Says Dungey, “Particularly now, on the other side of the pandemic, when so many of us parents were forced into the position of teaching our own kids at home, it gives you such a new and better and deeper appreciation for what teachers do and how they do it.”

When they were ready to shop the series around to partners, Brunson and fellow executive producers Justin Halpern and Patrick Schumacker received several offers. President of 20th Television Karey Burke was in the room for Brunson’s pitch, and remembers it well. “In the course of my career, I’ve been in tens of thousands of comedy pitches probably, and not one has ever made me cry—until Quinta pitched this show,” she tells Vanity Fair of Brunson’s “touching and heartfelt” pitch.