Highlights and complete list of winners from 94th Academy Awards 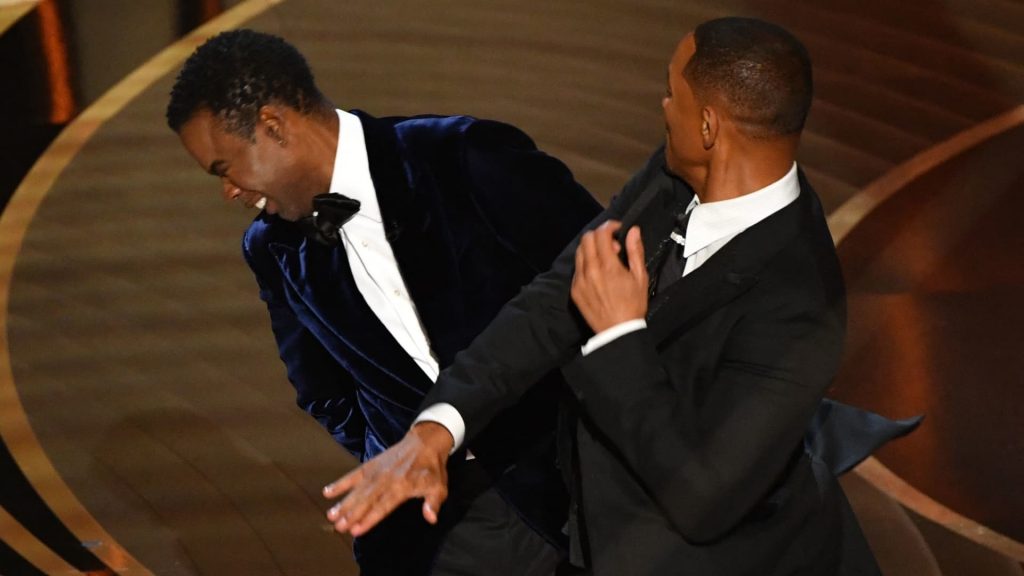 Will Smith accepts the award for Best Actor in a Leading Role for “King Richard” onstage during the 94th Oscars at the Dolby Theatre in Hollywood, California on March 27, 2022.

The Academy of Motion Picture Arts and Sciences was hoping that moviegoers would be riveted by surprises at Sunday’s Oscars ceremony. But they probably didn’t bank on a physical confrontation between two superstars.

The academy was hoping that movie lovers would unite and spark an uptick in ratings for the 94th Academy Awards. Late into the ceremony, however, comedian Chris Rock told a joke about Jada Pinkett-Smith’s hair, which prompted her spouse, Will Smith, to march up to the stage and smack Rock while he was about to present the best documentary award. ABC cut out the mics just as the two started shouting at each other, but uncensored international feeds picked up the two stars yelling profanities at each other.

Moments later, Smith won the Oscar for Best Actor and apologized to the academy and his fellow nominees. “Love will make you do crazy things,” he said.

The confrontation was a shocking turn in another otherwise subdued show that featured largely predictable but nonetheless historic results. With the diversity in this year’s crop of Oscar nominees, audiences saw a number of milestones set.

“Dune” won the most awards, with six.

The trio of Regina Hall, Amy Schumer and Wanda Sykes assumed hosting duties during Sunday’s ceremony at the Dolby Theatre in Los Angeles. For the last three years, the show has not had a host.

Best Director: Jane Campion, “The Power of the Dog”

Best Makeup and Hairstyling: “The Eyes of Tammy Faye”