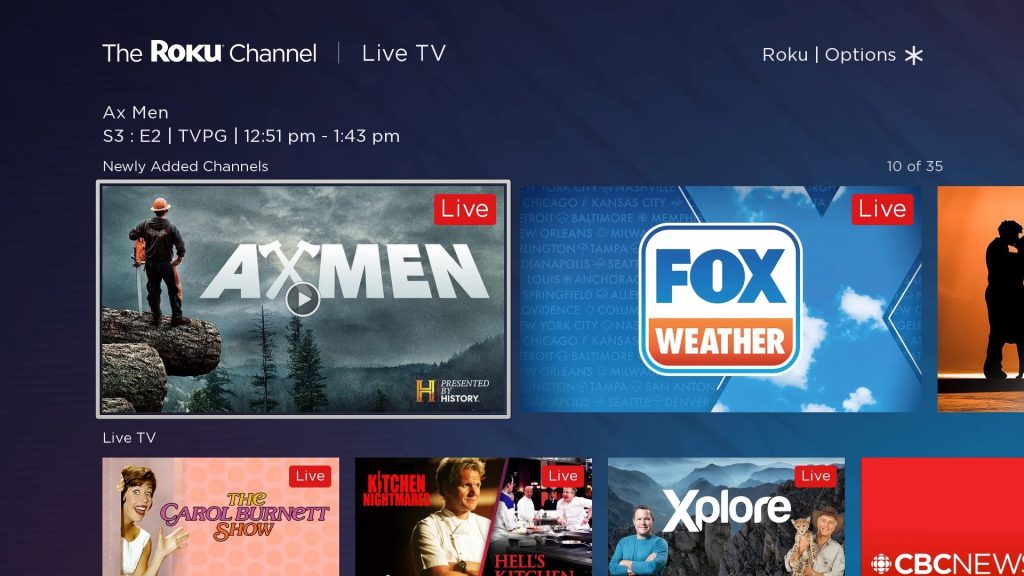 There are now so many streaming services on the market that it’s difficult to keep up with them all, much less afford them all. In fact, it can all be so overwhelming that some viewers choose to ignore the paid services and watch content for free instead. As long as you own a device to stream on, you can watch hours of content without spending a dime.

Roku leaned heavily into free content recently, highlighting its free TV channels and even launching free shows of its own. But which of those free channels are actually worth watching?

Whether you just got a Roku over the holidays or you have owned one for years, chances are that you have only seen a fraction of the free channels available. Rather than make you scroll through them all, we’re going to provide a list of the best that Roku has to offer:

As the name suggests, this is Roku’s channel for content. After Quibi went out of business, Roku acquired the rights to many of its shows and made them Roku Originals. Beyond all of the free TV shows and movies, The Roku Channel also features a number of live TV channels, including NBC News Now, Fubo Sports Network, Game Show Central, and more. Roku also recently added 25 new free channels to its Live TV Guide.

If you can’t find what you’re looking for on Pluto TV, give XUMO a try. This free streaming service has over 190 channels, including live 24/7 news from CBSN, comedy from FailArmy, Just For Laughs, and America’s Funniest Home Videos, and sports highlights from FOX Sports, PGA TOUR and USA TODAY SportsWire.

Not satisfied with your own local news station? Well, NewsON has over 200 local news stations across the United States, so no matter what city you want to keep up with, this free channel should have you covered.

Last, but certainly not least, is Plex, which claims to feature more than 200 live channels and a staggering 50,000+ on-demand titles from around the world. Plus, Plex lets you stream your own media, including music, movies, and DVR’d shows.

Make sure you also read about the new 25 free channels coming to Roku here.

If you want to know more about Roku, be sure to check out our guide. You can also watch many of these free channels on other devices if you don’t have a Roku.