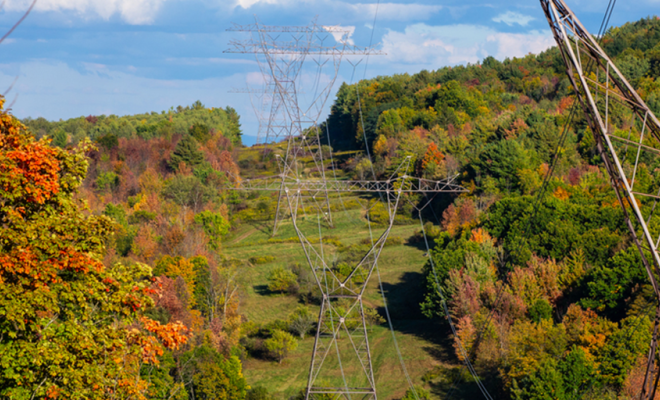 Governor Kathy Hochul today announced a successful collaboration between the New York Power Authority and AT&T to pilot FirstNet, built with AT&T, as part of a NYPA private wireless Long-Term Evolution (LTE) technology pilot project. FirstNet is the only nationwide, high-speed broadband communications platform dedicated to America’s first responders and the extended public safety community. The NYPA project aims to build a secure, robust and reliable LTE network and enhance the statewide utility’s readiness and operational and programmatic capabilities. As an organization that could be called upon to help support New York’s public safety in day-to-day operations and during emergency response, NYPA is evaluating FirstNet’s ability to equip its employees with new capabilities and reliable access to critical information while in the field, allowing them to better serve New York State and advance New York’s energy system resiliency goals.

“By taking initiative in modernizing our emergency response systems, New York is leading the way in innovation by taking advantage of new and existing technologies like FirstNet,” Governor Hochul said. “This pilot program will help ensure that our electric systems are ready to meet tomorrow’s energy reliability challenges. I am proud of this new partnership, as we develop a new and modern emergency response system.”

FirstNet is built with AT&T in public-private partnership with the First Responder Network Authority (FirstNet Authority), an independent agency within the federal government. FirstNet is designed to solve long-standing communications challenges faced by the public safety community, allowing first responders to communicate with one another during everyday situations, big events or emergencies.

Amy Kramer President, AT&T New York said, “At AT&T, we are committed to helping customers find cost-effective and enhanced connectivity solutions and are pleased to have successfully tested FirstNet for NYPA’s private LTE wireless network technology project. With FirstNet, NYPA has truly dedicated coverage and capacity when they need it, including unique benefits like always-on priority. In addition, the common, interoperable platform allows NYPA to efficiently and effectively coordinate emergency responses across agencies and jurisdictions throughout New York State.”

NYPA Interim President and CEO Justin E. Driscoll said, “Energy security and communications go hand-in-hand, so we at NYPA are pleased to leverage our utility experience alongside the expertise of AT&T for this critical emergency communications pilot effort. The ultimate goal of this project is to enhance NYPA’s operational and programmatic capabilities and leverage all the benefits of the ever-evolving innovation in wireless technology for the benefit of all New Yorkers.”

The LTE wireless network pilot program is targeted to complement several critical NYPA initiatives including its robust communication backbone and sensor deployment programs. The $153 million communication backbone program aims to replace NYPA’s existing point-to-point circuits to manage the increased data flow from the deployment of intelligent sensors. Since 2017, NYPA has been working to install state-of-the-art sensor devices to monitor the health of its transmission and generation assets and to further enable the capabilities of its Integrated Smart Operations Center (iSOC).

The project also supports NYPA’s end-to-end digitization goal which is one of the foundational pillars of NYPA’s VISION2030 Plan.

Senator Kevin Parker, Chair of the Committee on Energy and Telecommunications, said, “In an era of increasingly dangerous weather patterns and other potential threats to our energy security, it is gratifying to see New York State and the New York Power Authority, with AT&T, taking proactive steps to bolster New York’s energy and emergency communications and response systems.”

Assemblymember Michael Cusick, Chair of the Committee on Energy, said, “As we work to upgrade our grid it is crucial that we ensure that we have the most reliable and dependable energy and communications infrastructure for our first responders. We rely heavily on our first responders in emergencies large and small and we have a responsibility to ensure they have the tools and resources they need to do their jobs efficiently and effectively. The FirstNet pilot project will serve as a model for our state and for the entire country in how to ensure dependable communication infrastructure for our first responders.

FirstNet and the FirstNet logo are registered trademarks and service marks of the First Responder Network Authority. All other marks are the property of their respective owners.

NYPA is the largest state public power organization in the nation, operating 16 generating facilities and more than 1,400 circuit-miles of transmission lines. More than 80 percent of the electricity NYPA produces is clean renewable hydropower. NYPA uses no tax money or state credit. It finances its operations through the sale of bonds and revenues earned in large part through sales of electricity. For more information visit www.nypa.gov and follow us on Twitter @NYPAenergy, Facebook, Instagram,Tumblr and LinkedIn.

We help family, friends and neighbors connect in meaningful ways every day. From the first phone call 140+ years ago to mobile video streaming, we @ATT innovate to improve lives. AT&T Communications is part of AT&T Inc. (NYSE:T). For more information, please visit us at att.com.