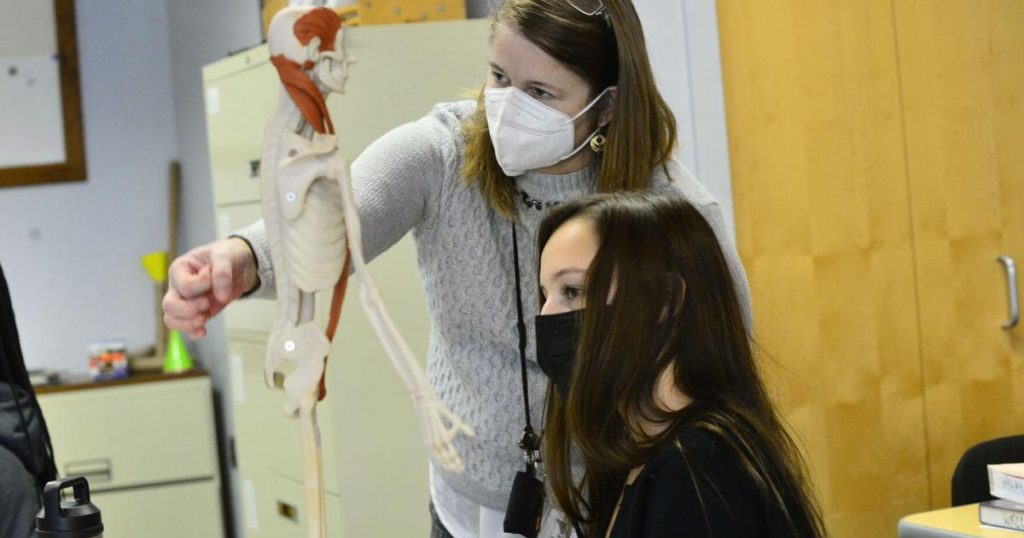 MONTPELIER — Eyeing an approximately $90 million surplus in the Education Fund, Gov. Phil Scott is asking the Legislature to give a portion of it back to property taxpayers and make additional investments in career and technical education.

At his weekly news conference Tuesday, Scott said property tax rates set for this year included a “grim projection” of the economy that fortunately failed to materialize. He noted numbers show Vermonters overpaid on their property taxes, meaning there’s more money than needed for school budgets.

“It costs a lot to live in our state, which has exacerbated other challenges we have,” he said, calling property taxes “a big part of our affordability challenges. Typically, when you overpay something, you get some of that money back.”

Scott encouraged the Legislature to return $45 million to residential property owners with checks of more than $250 for each this summer. That money “could come in handy because of inflation these days,” he said.

In a separate tax relief package proposed by the governor, nearly 25 percent of Vermont taxpayers would receive some additional help. He cited seniors, low-income workers, student loan borrowers and nurses as some of the potential beneficiaries.

“We know there’s no single policy or tax relief that will solve our affordability issues but it all adds up,” he said.

Scott also wants the surplus to go toward supporting career and technical education (CTE), saying more people need to choose a job in the trades. He proposed establishing a $15 million fund to create a CTE Construction and Rehabilitation Experiential Learning Program and Revolving Loan Fund, with the purpose of expanding the opportunities for Vermont CTE high school and adult students to work directly on construction projects, including residential housing projects; and a $28 million competitive grant program for CTE facility and infrastructure upgrades, such as expanding classrooms, purchasing equipment or increasing access to programs.

Secretary of Education Dan French described the investment as helping the state meet its workforce needs. The Legislature currently has a lot of interest in such initiatives, he said.

“I think CTE has been viewed as an afterthought by some but I hope it’s on the forefront,” Scott said. “I hope we can reduce and eliminate the stigma attached to CTE schools and those who enroll. Some of the most successful people I know come from the trades. I think that it is a lucrative career.”