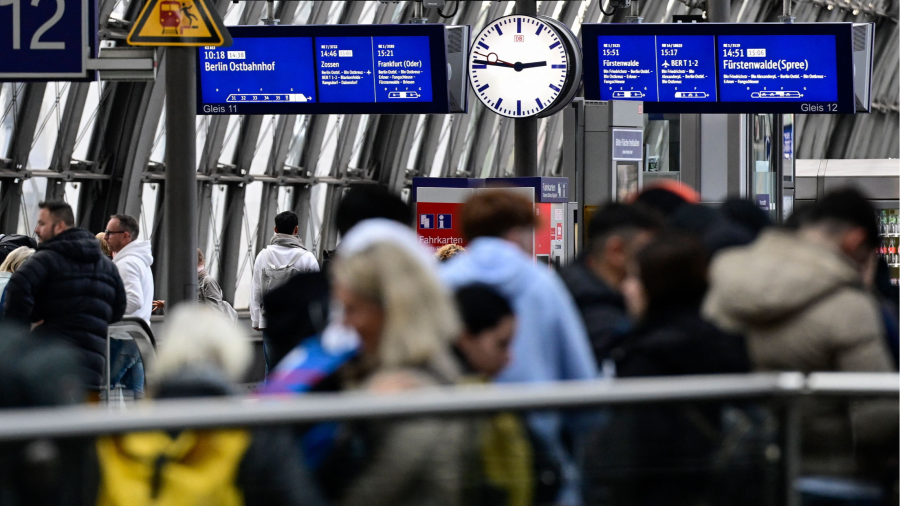 Germany’s railway operator has said sabotage caused massive disruption to services on Saturday, in a sign of how vulnerable critical infrastructure in Europe’s largest economy is to attack.

Deutsche Bahn said it was forced to suspend services in northern Germany on Saturday morning for about three hours “due to sabotage on cables that are indispensable for rail traffic”.

Thousands of passengers were left stranded as their trains to cities including Berlin, Hamburg and Hanover were cancelled, with long queues forming at rail information desks and ticket counters.

Transport Minister Volker Wissing said the network had been hit by a “malicious and targeted action”. An important cable had been severed in two places in a manner that was “deliberate and calculated”, he said.

The chaos affected both DB’s long-distance and regional trains throughout the northern region. Services between Berlin, Hanover and the western industrial region of North Rhine-Westphalia were completely suspended, and international routes such as Berlin-Amsterdam were also affected.

The sabotage targeted DB’s on-board wireless network, known as GSM-R or “global system for mobile communications — rail”. It is used to communicate between trains and the control centres that regulate rail traffic and is “essential for the smooth running of the service”, a DB spokeswoman told DPA agency.

Deutsche Bahn said that as a result of the sabotage, the GSM-R system had broken down in four northern states — Lower Saxony, Schleswig-Holstein and the two city-states of Hamburg and Bremen. It added that German security services were investigating the incident.

Concerns have been raised about the safety of Germany’s critical infrastructure since massive leaks were identified on Nord Stream 1 and 2, the two gas pipelines under the Baltic Sea connecting Russia to Germany.

Swedish authorities said this week that the leaks were caused by detonations on the pipelines, and that preliminary investigations had “strengthened the suspicions of gross sabotage”.

The explosions raised fears that other infrastructure might be targeted. European countries have stepped up military patrols to protect pipelines and other assets in the North Sea. Oil and gas operators in Norwegian and Danish waters have reported sightings of a number of unidentified drones near platforms.

Deutsche Bahn tweeted that the damage to the cables had been rectified in the course of the morning but passengers should expect continuing disruption to services. “Unfortunately you must continue to expect train cancellations . . . and delays,” the company tweeted.

DB said people trying to get from Berlin to cities in North Rhine-Westphalia such as Cologne could try taking a detour via Frankfurt or Erfurt. Many took up the suggestion, resulting in packed Berlin-Frankfurt trains with dozens of passengers camped out on the floors of carriages.

Deutsche Bahn said passengers who wanted to postpone their journeys due to the service disruptions could use booked tickets for a week after the problems have been resolved.