Gender parity for girls increasing in math and science, but division still remains in technical education 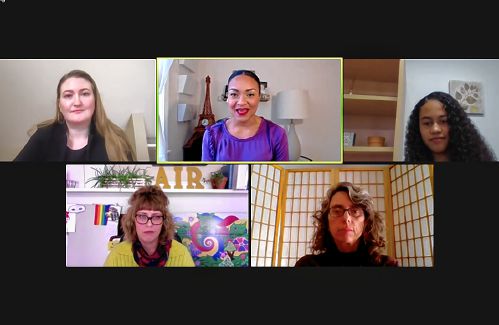 New Hampshire girls have made strides in recent years, especially in math and science proficiency, a new report shows, but some challenges still exist that female students are facing far more than their male peers, particularly poor mental health and bullying, and enrollment in technical education.

For Black and Hispanic girls, and those who live in rural areas, those challenges are even more likely.

The new report, titled ‘the Status of Girls in New Hampshire 2021’ is the first of its kind and was released Wednesday by the New Hampshire Women’s Foundation, which publishes a similar report on women on a biennial basis. The report uses data from New Hampshire’s Education and Health and Human Services departments, as well as the census and the Youth Risk Behavior Survey, to assess five areas of girls’ well-being: education, economic security, health, safety and substance abuse.

The report is based on pre-pandemic data, and doesn’t reflect the impact of COVID-19 on New Hampshire girls.

“We know that girls – and boys – are multi-dimensional,” said Kristin Smith, visiting associate professor of sociology at Dartmouth College, who co-authored the report, during an online panel discussion Wednesday. “We need further research to pinpoint how these indicators connect, but in the meantime, we can use this report as a roadmap for where we need to focus our attention to further improve the lives of girls in our state.”

Math and science proficiency is similar between girls and boys in New Hampshire, with 47% of girls scoring proficient in math statewide compared to 48% of boys in 2019, and 39% of girls scoring proficient in science compared to 38% of boys. But the report shows that as girls enter high school and college, they are less likely to pursue career paths in science, technology, engineering or math (STEM), including high school Career and Technical Education programs. New Hampshire’s Career Technical Education STEM courses are comprised of 28% girls and 72% boys, while information technology courses contain 37% girls and 63% boys, according to U.S. Dept. of Education data.

“This is important, as research finds that as girls enter secondary and post-secondary education, they are systematically tracked away from STEM fields,” said Dow Drukker, research fellow for the New Hampshire Women’s Foundation, who is the other co-author of the report. “Achieving gender parity in all career technical education programs is essential to providing equal opportunities for girls’ futures.”

Smith said Wednesday that increasing gender parity in math and science proficiency is a sign of significant achievement.

“It shows an inkling of a breakdown of barriers in education, as stereotypes about girls’ lack of math and science abilities have received pushback,” Smith said. “With this success in math and science in elementary and middle schools, girls will hopefully not shy away from these topics and fields as they enter high school, college the workforce. We know that bringing more women into STEM and plugging up the leaky pipeline is one way to reduce the gender wage gap. So parity and proficiency is the first step.”

The report shows New Hampshire girls are far more likely to suffer from poor mental health than boys, especially girls living in the Winnipesaukee and Greater Sullivan regions. According to 2019 Youth Risk Behavior Survey data, 44% of girls felt depressed compared to 24% of boys, and 23% of girls seriously considered suicide compared to 14% of boys.

“Remember, this data is pre-pandemic, it’s 2019 data, so I kind of shudder to think about how this may have changed during the pandemic,” Smith said. “Those of us who have kids, teens in our lives, we know how hard the pandemic has been on them.”

Dr. Marie Ramas, a family physician and medical director at GateHouse Treatment Center in Nashua, said at Wednesday’s panel discussion that she believes those numbers, while already high, are still underreported.

“There’s a level of self-reporting that needs to happen in trust,” Ramas said. “And for some populations, particularly those that are historically excluded, that level of trust and safety may not be prevalent enough to really share what their main concerns are. So the fact that it there is a disparity, the fact that there is a difference, and that we can see, we can only can only assume that it’s magnified and underreported.”

“Our kids, with being in isolation, have been turning more to social media and the actual impact of social media in the formation of one’s identity is so intriguing for me right now,” Ramas said. “I’d be really interested to have further information that highlights that and kind of digs into emotional abuse, toxic relationships, and how do people identify that in this age of now, social media, which can be a little tricky.”

New Hampshire girls and boys show similar rates of substance abuse, although race and ethnicity demographics show Hispanic and Latina girls are more likely to vape and use e-cigarettes than white or Black girls. The Winnipesaukee region had the highest rates of substance abuse among girls, with 36% of girls using alcohol and 41% vaping, according to the Youth Risk Behavior Survey.

Although the use of contraceptives, including birth control pills and IUDs has increased among New Hampshire girls in recent years, corresponding with declining rates of teen pregnancy, condom use has declined and there has been a 43% rise in Chlamydia among girls since 2014, an STD that disproportionately affects women and girls.

Smith said the report is an indicator of the areas, especially mental health, bullying and violence, where New Hampshire girls need support and resources.

“Girls are feeling societal expectations, we see this in the data – pressure to perform in school, expectations to lose weight, they’re engaging in substance use at parity with boys,” Smith said. “So we need to respond to these numbers with more support and the right kinds of support in schools and our families and the organizations that are highlighted in this report, in our churches and other support groups that we have. This is really a wake-up call that we collectively need to answer.”