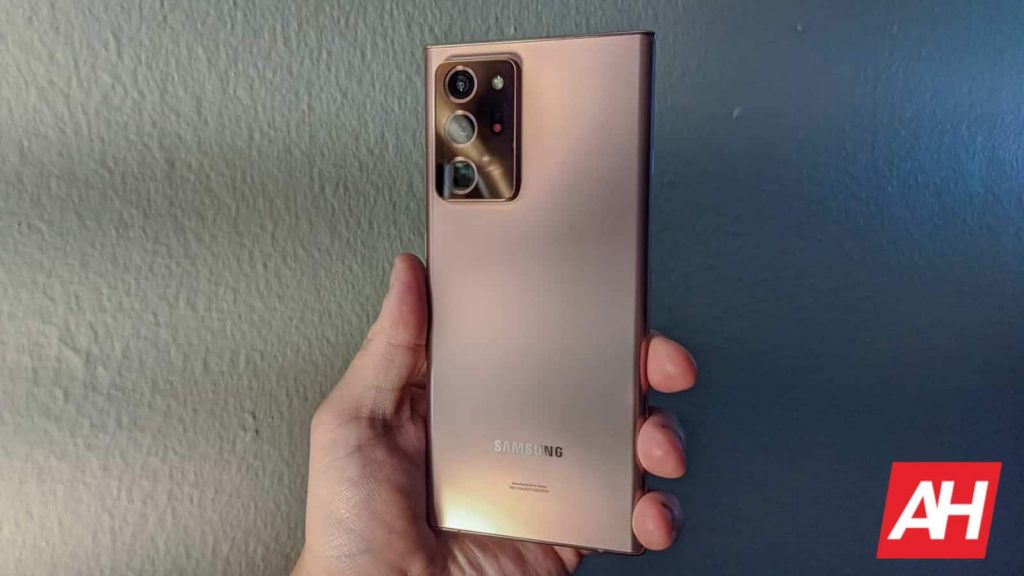 Samsung has released the October 2022 Android security patch for the Galaxy Note 20 series in the US. The update comes just a few days after the international versions picked it up. Only the carrier-locked units are currently receiving the update stateside. The rollout for the unlocked variants should also begin soon.

The October SMR (Security Maintenance Release) for the carrier-locked Galaxy Note 20 and Galaxy Note 10 Ultra in the US comes with firmware version N98*USQS3FVI7. The phone isn’t getting any new features or improvements with this release. Samsung is only seeding this month’s vulnerability fixes to the phone. The company has already revealed that the new SMR patches over 50 vulnerabilities, including a few critical ones.

Samsung has been rolling out the October SMR to its devices for about two weeks now. The company has already seeded the latest security patch to over a dozen smartphone models. And as the month progresses, more devices are joining the party. Along with the Galaxy Note 20 series in the US, the Galaxy A13 and Galaxy A23 also recently started receiving the update.

The Galaxy A13 is picking up the October SMR widely all over the world. In the US, the update is live for carrier-locked 5G models with firmware version A136USQS3BVI1. The 4G model is also recently started getting the update in other parts of the world, including Asia and Europe. The rollout for the remaining units, including the unlocked 5G models in the US, should begin soon.

The October SMR for the Galaxy A23, meanwhile, is limited to the US. The 5G model is receiving the update with firmware version A236USQS1AVI1. A global rollout covering the 4G model should be just around the corner. Like the Galaxy Note 20 series, the Galaxy A13 and Galaxy A23 are also only getting the latest SMR with this release. There aren’t any new features or improvements in tow.

Nonetheless, if you’re using any of these phones in the US or other parts of the world and have yet to receive the October security update, be on the lookout for a notification about the update in the coming days. You can tap on the notification to download and install the new security patch. Alternatively, you can go to the Software update section in the Settings app and tap on Download and install to check if you have any updates pending download.