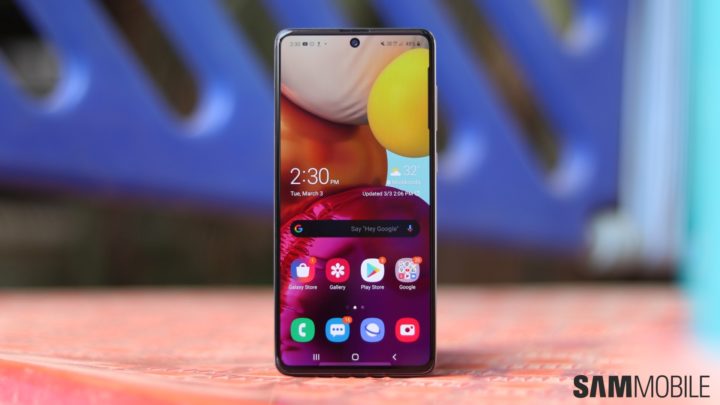 The Galaxy A71 5G was among Samsung’s first mid-range 5G smartphones to be launched in the US. It was also launched in some Asian and European countries and in Australia and New Zealand. The phone has now received a new security update in the US, but it is already two months late.

The latest software update for the carrier-locked version of the Galaxy A71 5G comes with firmware version A716USQU6DVA2. It includes the January 2022 security patch that fixes over five dozen privacy and security-related vulnerabilities. It also contains general bug fixes and device stability improvements.

The new update for the Galaxy A71 5G is now available on Sprint and T-Mobile’s carrier networks in the US. Other carriers could release the update within the next few days. Samsung is usually among the first OEMs to release new software updates, but updates could get delayed with carrier-locked models due to additional testing and verification stages.

If you use a carrier-locked version of the Galaxy A71 5G in the US, you can check for the new update manually by navigating to Settings » Software update and tapping on Download and install. You can also download the latest firmware file from our firmware database and flash it manually.