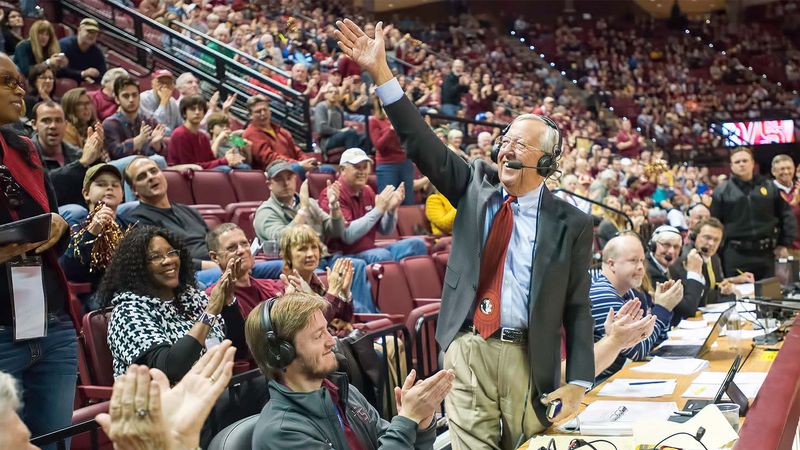 Gene Deckerhoff, a fixture of Florida State and Bucs radio broadcasts for more than three decades, is retiring after the Seminoles’ spring game, FSU announced Friday.

He will finish his commitment to the Buccaneer Radio Network “and who knows, maybe broadcast another Super Bowl,” Deckerhoff said in a statement. He takes inventory of his future with the Bucs at the end of every year and is expected to do so again after the 2022 season.

Deckerhoff, 76, has had a legendary career in the state. He began calling FSU men’s basketball games in 1974 and became the “Voice of the Seminoles” as their play-by-play announcer five years later. That adds up to 529 FSU games, more than 60 percent of the men’s basketball games and, by his count 2,218 times he has said “Touchdown, FSU.”

“It has been a lifetime of great moments — great players, great coaches, great games, great memories, and most of all great Seminole fans,” Deckerhoff said in a statement from FSU. “A life’s work that reads like a bestselling novel played out on the radio. I have been blessed. Thank you FSU.”

Deckerhoff has been the Bucs’ play-by-play announcer since 1989, leading to some long, hectic weekends. Deckerhoff said he and his wife, Ann, have missed 48 years of weekends and are looking forward to enjoying them with more travel and longer vacations.

“We will be attending FSU sports events as fans and dancing to the war chant,” he said. “I hope to enjoy the rest of my life in Tallahassee until God tells me he needs another play-by-play announcer in Heaven.”

“I don’t think I can put it any better than Gene Deckerhoff is FSU,” Seminoles athletic director Michael Alford said. “We are so honored that one of our most visible ambassadors has been a person with unsurpassed expertise, unique talent, boundless enthusiasm and a personality that so perfectly reflected Seminole athletics.

“Our fans genuinely love Gene. He is one of the most endearing figures in college athletics and it is truly remarkable to see him interact with fans from both teams.

“He is one of kind, and thank goodness for the last four decades he was ours.”

Learfield, the Seminoles’ multimedia rightsholder, will work with Alford and FSU’s administration to conduct a national search for Deckerhoff’s replacement.

Never miss out on the latest with the Bucs, Rays, Lightning, Florida college sports and more. Follow our Tampa Bay Times sports team on Twitter and Facebook.