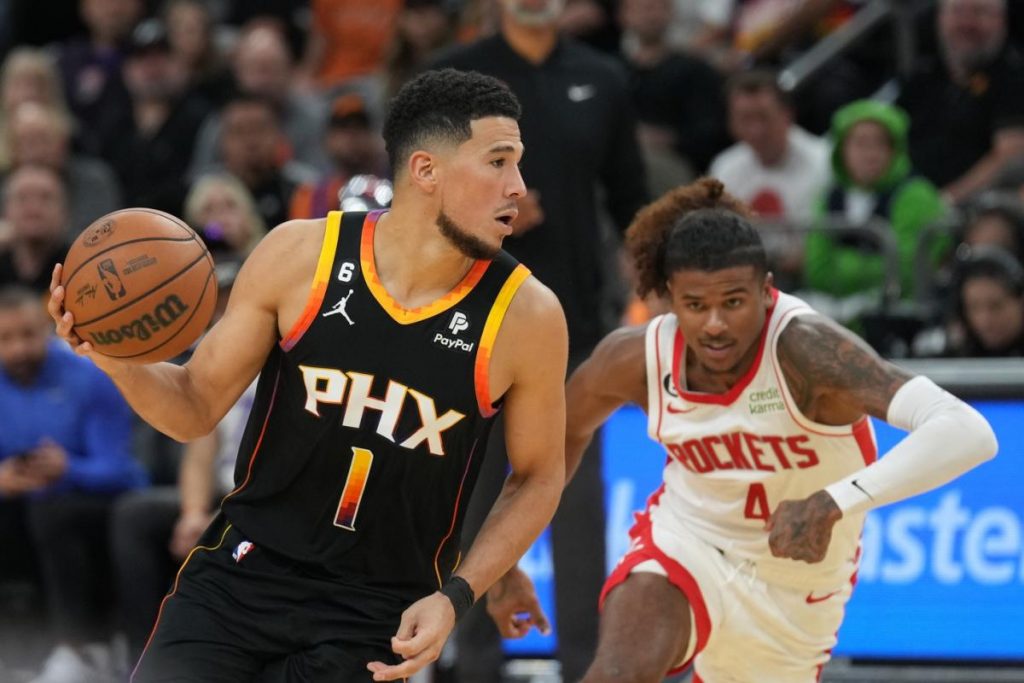 The good news for the Rockets is that they’re no longer in Denver, where back-to-back NBA MVP Nikola Jokic torched Houston in back-to-back blowouts decided by an average of 18 points.

The bad news is that Houston’s four-game road trip now brings the young squad to Phoenix, where the veteran-laden Suns (15-6) have the best record in the Western Conference, yet again.

Making matters worse, the Suns come in in scorching hot. Phoenix has won six straight games, and in its last two, All-Star guard Devin Booker is averaging an absurd 47.5 points, 6.0 rebounds, and 5.0 assists per game on 69.8% shooting and 53.8% on 3-pointers.

The Suns haven’t had veteran floor general Chris Paul since Nov. 7 due to right heel soreness, but Booker has picked up the slack and then some. As a result, finding any way to keep him in check will be the defensive key for Jalen Green and the Rockets when they take the floor at the Footprint Center on Friday night.

When and How to Watch

Projected lineups are based on each team’s latest game notes.

Houston’s injury report lists Jae’Sean Tate (right ankle soreness) as out, but the Rockets are otherwise healthy for Wednesday. Phoenix will be without Jae Crowder (not with team), Cam Johnson (right meniscus tear), and Chris Paul (right heel soreness).