First Cell Phone Service Introduced On This Date In 1983 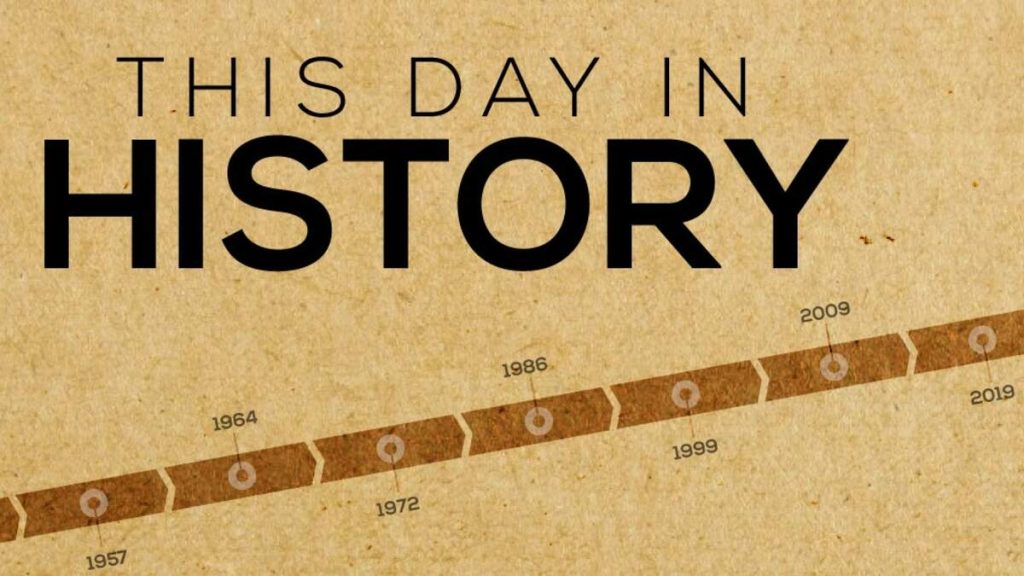 Today in 1792, construction began on the White House in Washington. It was designed by James Hoban and first occupied by the family of President John Adams in 1800. The builders laid the cornerstone at 1600 Pennsylvania Ave. The name “White House” was not adopted until 1818

Today in 1860, the first aerial photo in America was taken from a hot air balloon over Boston.

Today in 1960, Presidential hopefuls John Kennedy and Richard Nixon held their third nationally broadcast campaign debate. It was also a TV first, as Nixon was in L.A. and Kennedy was in New York.

Today in 1972, a Uruguayan plane carrying 45 people including a rugby team crashed in the Andes. The 16 survivors resorted to cannibalism during the 69-day ordeal. In 1976, a film on the incident was released and was so successful that in 1993, it was re-made and released as, “Alive.” Some complained about the ’93 version because unlike the original, non-Hispanic actors were used.

Today in 1984, the space shuttle Challenger and its seven astronauts landed at Cape Canaveral, Florida, ending a history journey. Among the notations? It was the first time a crew included two women – Sally Ride and Kathy Sullivan – and featured the first space walk by an American woman (Sullivan).

Today in 1999, the JonBenet Ramsey grand jury in Boulder, Colorado was dismissed after 13 months of work with prosecutors saying there wasn’t enough evidence to charge anyone in the six-year-old’s strangulation.

Today in 2010, 33 miners were rescued after being trapped underground for 69 days in the San Jose Mines in Chile.

Today in 2012, Gerhard Richter’s Abstraktes Bild sold for $34-million. It was the record for the highest sold artwork by a living artist.

Today in 2015, basketball player Lamar Odom was hospitalized after being found unconscious in a brothel in Nevada.

Today in 2016, iconic American singer-songwriter Bob Dylan was awarded the Nobel Prize for Literature. Strangely, he didn’t publicly accept it at first – even though his website denoted the He ultimately did acknowledge the award – and Patti Smith accepted it on his behalf that December – even reading a speech in his stead. Dylan ultimately accepted the honor in person during a tour stop in Stockholm the following spring.