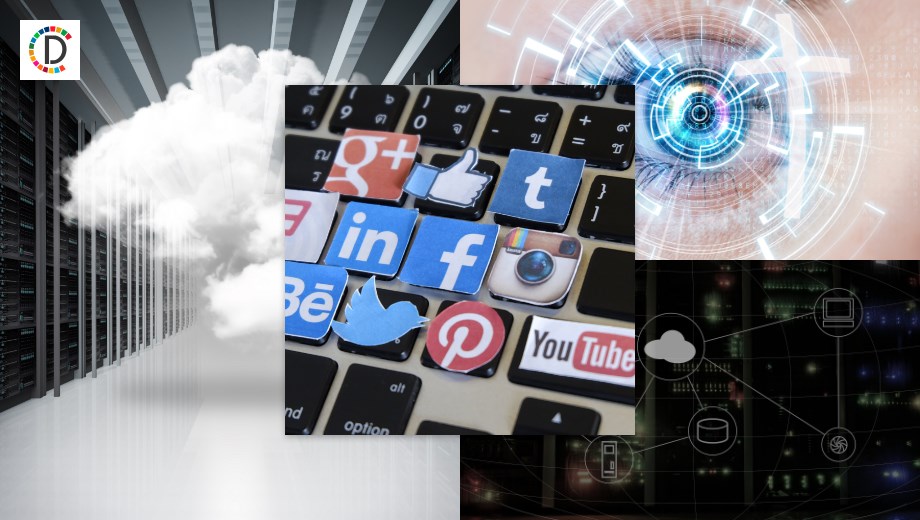 DUNGE, India, March 30 (Thomson Reuters Foundation) – The day started well for Sayi Gharat. The nine-year-old schoolgirl managed to connect easily to her online science class, as she sat on a daybed in her grandmother’s home in western India. But Sayi knew she would not be able to stay in the same spot for long due to the shaky mobile internet connection she relied on for her education as classes in Dunge village and across India moved online when COVID-19 struck in March 2020.

“Sometimes the network is good, sometimes it’s not good: she has to move from one room to another, from one corner to another, and even go outside,” Sayi’s grandmother, Chandrakamalkar Gharat, told the Thomson Reuters Foundation. Two years on, Sayi is back at school, but staying online all day remains a challenge for her and tens of millions of others with poor connectivity in rural India, where the digital divide https://news.trust.org/item/20210423005445-p5ly8 hampers education, livelihoods and healthcare access.

“It’s very hard for her – we sometimes wonder if it’s worth the trouble,” Gharat said. There are currently more than 800 million internet subscribers in the nation of 1.3 billion people, according to the telecom regulatory authority https://www.trai.gov.in/sites/default/files/QPIR_10012022_0.pdf (TRAI). Yet in rural India, only about 38% of the population is connected to the internet.

The government has made universal broadband a priority under its Digital India programme to improve governance through technology, with projects such as the Bharat Net rural broadband project aimed at connecting about 650,000 villages nationwide. But digital inclusion “continues to remain a distant reality for most parts of rural India”, marred by delays in implementation, and a lack of access and digital literacy https://news.trust.org/item/20211105110851-4e30p, according to a report from the Indian Council for Research on International Economic Relations (ICRIER), a policy think-tank.

That might now change due to recent policy moves including easier approvals for satellite broadband network rollouts, and the imminent launch of satellite broadband from India’s Bharti Airtel and Jio Platforms, Elon Musk’s Starlink, and others. “With the saturation of urban markets, there is keen interest among service providers to increase rural subscribership,” said Mansi Kedia, a fellow at ICRIER, and a telecoms and internet expert.

“But rural connectivity should look beyond the dominant technology – optical fibre and mobile communications. The use case for satellite broadband is the strongest in rural areas – it can help achieve connectivity at much lower costs,” she said. CHEAP MOBILE DATA

The United Nations stated in 2016 that internet access is a human right, adding a clause to the Universal Declaration of Human Rights http://www.un.org/en/universal-declaration-human-rights on the “promotion, protection and enjoyment of human rights on the internet,” including for women, girls, and those impacted by the digital divide. India was among several countries that opposed the amendment at the time, and the country has among the most internet shutdowns https://news.trust.org/item/20200320152034-otovi in the world.

It also has one of the lowest charges for mobile data globally, helping mobile wireless to account for the bulk of the country’s 834 million internet subscribers. Only about 24 million subscribers have fixed internet connections. Besides government programmes, private-sector and philanthropic initiatives have also helped build last-mile connectivity and increase digital literacy in rural areas.

“The big telcos will only go into rural areas if it makes economic sense, as it’s more expensive to build infrastructure, and it is for a customer base with less ability to pay,” said Michael Ginguld, a director at AirJaldi, which provides affordable networks in rural and semi-urban areas in India. “The deeper you went into rural areas, the less demand there was – they can watch a show or a film on their phones. But this is changing, and COVID has hastened that shift https://news.trust.org/item/20210622035033-kghlv, with demand for better connectivity to access education or healthcare,” he said.

AirJaldi, which has partnered with Google, Facebook and Microsoft on internet projects, reaches more than 200,000 users in about 1,500 villages in India, including some that had no mobile connectivity previously. CLIMBING TREES

Globally, three-quarters of students who cannot access remote learning come from rural areas https://data.unicef.org/resources/remote-learning-reachability-factsheet or poor households, according to the U.N. children’s agency (UNICEF). During COVID-19 lockdowns, Indian media carried reports of students and teachers in villages climbing trees or trekking up hills in an attempt to get online.

Such anecdotes may soon be a thing of the past. Earlier this year, OneWeb and Hughes Communications India – a joint venture with Bharti Airtel – said they had an agreement to bring low Earth orbit (LEO) satellite broadband services, “especially in areas outside the reach of fibre connectivity”.

Last month, Jio Platforms – owned by billionaire Mukesh Ambani – said it would launch satellite-based broadband services in India with Luxembourg-based telecom company SES, using geostationary and medium Earth orbit (MEO) satellites. Also in the mix is Musk’s Starlink, which is waiting for its licence in India, and has already launched about 2,000 of its intended 42,000 LEO satellites to deliver internet across the globe. Amazon’s Project Kuiper is another potential entrant.

“The fixed costs for satellite broadband are high, but it has a lower cost of implementation for larger geographical coverage and lower population density, as compared to technologies such as optical fibre cable,” said Kedia. Residents of the southern Indian village of Sittlingi, who once travelled to another village about 20 km (12 miles) away to get online, could not afford to wait for satellite broadband.

Nonprofits the Digital Empowerment Foundation and the Internet Society stepped in during the pandemic, and established a stable internet connection in the village using free, unlicensed spectrum. That meant students were able to resume classes, farmers could sell their produce online, and an indigenous crafts centre found new buyers, said Lalitha Regi, manager of Porgai, the crafts centre.

“It was like a celebration – getting connectivity,” she said.