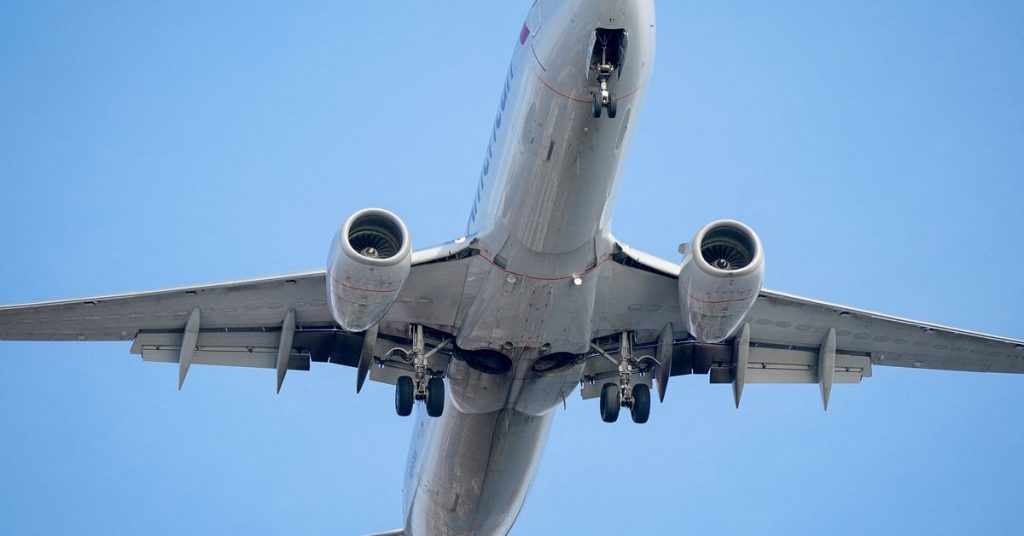 FILE PHOTO – An American Airlines Boeing 737-800, equipped with radar altimeters that may conflict with telecom 5G technology, can be seen flying 500 feet above the ground while on final approach to land at LaGuardia Airport in New York City, New York, U.S., January 6, 2022. REUTERS/Bryan Woolston

Despite dire-sounding language in the FAA airworthiness directive issued on Wednesday about potential effects on 737 landings, it does not apply to aircraft flying into areas where the 5G environment has been rendered safe for aviation, which the FAA said includes nearly all airports.

The overwhelming majority of commercial airports have either established 5G wireless buffer zones around them or lack 5G operations altogether, meaning that planes landing there are protected from radio interference warned about in the FAA directive, agency officials said on Wednesday.

The FAA said the directive posted on Wednesday for most of Boeing’s 737 aircraft is very similar to notices issued previously for 737 MAX aircraft, as well as 747, 757, 767 and 777 jetliners.

However unlikely as a practical matter, Wednesday’s directive warns that certain airplane systems may not properly function “during approach, landings, and go-arounds” due to interference with radio altimeters from wireless broadband operations in the 3.7-3.98 GHz frequency band (5G C-Band).

This in turn could lead to “increased flight crew workload while on approach with the flight director, autothrottle, or autopilot engaged, which could result in reduced ability of the flight crew to maintain safe flight and landing of the airplane,” the directive said.

The notice affects some 2,400 airplanes in the United States and about 8,300 worldwide, the FAA said.

A Boeing spokesman said in a statement: “we support the Airworthiness Directive, as it mandates the same guidance that Boeing provided to operators back in January”.

Telecommunications networks are rolling out next-generation 5G systems that the FAA has previously warned could impact sensitive airplane electronics such as radio altimeters.

The Federal Communications Commission and the National Telecommunications and Information Administration (NITA) have vowed to improve coordination on spectrum management after a dispute over 5G aviation.

The spectrum rolled out in January, but only after Verizon Communications (VZ.N) and AT&T (T.N) agreed to delay deploying 5G wireless towers near airports.

Reporting by Susan Heavey with additional reporting by Mike Stone and Steve Gorman; Editing by Alexander Smith and Christopher Cushing