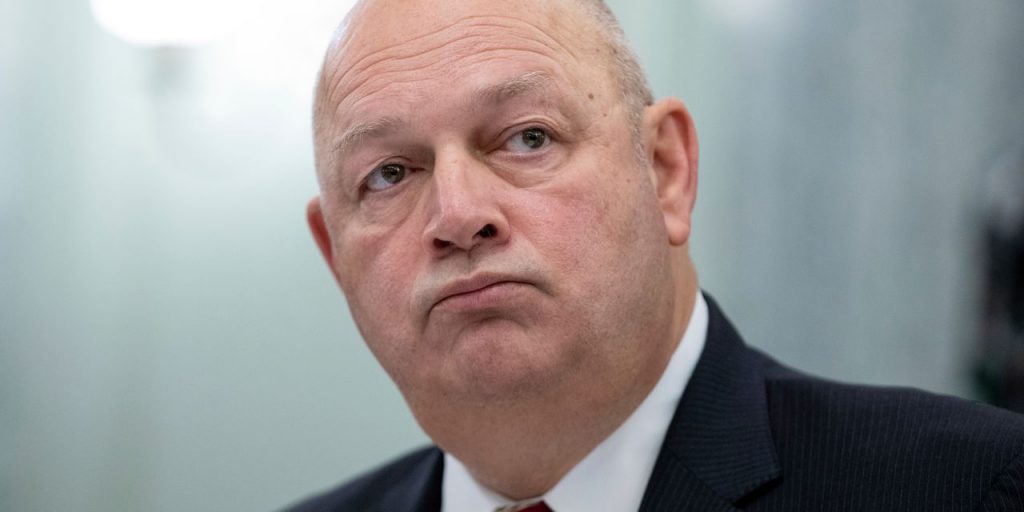 The leader of the Federal Aviation Administration, whose agency has been criticized for its oversight of Boeing and handling of questions surrounding 5G interference with aircraft, said Wednesday he will step down March 31.

Stephen Dickson, a former pilot and executive with Delta Air Lines
DAL
in Atlanta, had led the FAA since August 2019. He citied separation from his family during the pandemic, saying he told President Joe Biden, “It is time to go home.”

In a letter to FAA staff, Dickson said he was proud of his tenure.

“The agency is in a better place than it was two years ago, and we are positioned for great success,” he said.

The agency’s reputation was battered before Dickson became administrator for approving the Boeing 737 Max and then not grounding it after the first of two deadly accidents in 2018 and 2019. Under Dickson, the agency took nearly two years to approve changes that Boeing made and allow the plane to return to flying.

More recently, the FAA has been swept up in controversy over whether new high-speed wireless service can interfere with instruments on planes. Under pressure from the FAA, the Transportation Department and the White House, telecommunications companies agreed to delay their rollout of the service near busy airports. Critics, however, said the FAA was slow to react to concern about possible interference.