Every From Software Poison Swamp, Ranked By Difficulty 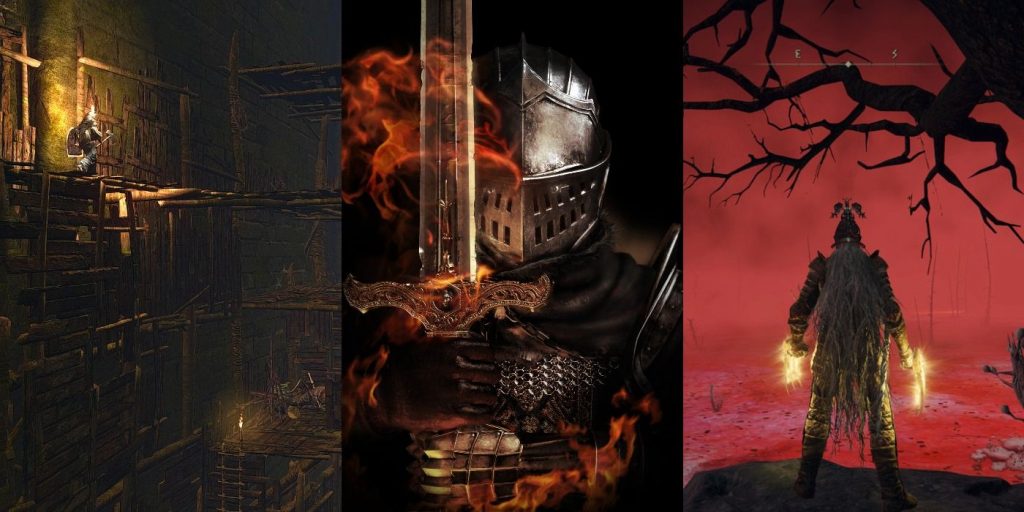 Known for their sprawling worlds and intricate, interweaving levels, From Software’s epic collection of action RPGs—often referred to as the “soulsborne” series by fans—has become the standard to which all other games in the genre are compared. Acclaimed by hardcore RPG fans and genre newcomers alike, the soulsborne games represent some of the most celebrated video game releases of the past thirteen years.

However, no game is perfect, and the developer’s unexplainable penchant for including poison-filled bogs in each release continues to confound. From the depths of the Valley of Defilement in Demon’s Souls to the horrors of Elden Ring’s Lake of Rot, these areas are some of From Software’s most aggravating.

The Nightmare Frontier is an optional area in Bloodborne that can be accessed by acquiring the Tonsil Stone and interacting with the Amygdala in Cathedral Ward. An extraplanar realm dominated by Amygdala, it’s a fairly perilous location made even more dangerous by the presence of two formidable Hunters.

It’s also teeming with slow poison, which is rarely encountered in Bloodborne. While annoying, it’s by no means From Software’s most frustrating poison swamps. Antidotes aren’t difficult to come by, and the player may have a decent stockpile of them by the time they encounter this otherwordly bog. The most significant danger here actually comes from the frenzy-inflicting Winter Lantern enemies instead of the poison.

Much like Bloodborne, From Software’s incredibly immersive 2019 effort Sekiro: Shadows Die Twice was nearly absent of poison swamps. Though there are technically two, they’re much smaller than the developer’s typical blight-filled fare, and Ashina Depths is the only one that’s mandatory.

Essentially a small cavern filled with poison, players could easily breeze through this area were it not for Snake Eyes Shihiragi, a firearm-wielding boss that can be tough to deal with owing partially to the toxic terrain. It’s also home to the Headless Ape Duo, a boss encounter that’s commonly considered to be the game’s absolute lowest point.

As per The Gamer, ahead of the debut of 2022’s Elden Ring, game director Hidetaka Miyazaki hinted that he couldn’t resist putting multiple poison swamps in the open-world game. While this was met with a communal eye-roll, it felt like something of a return to form, as both Sekiro: Shadows Die Twice and Bloodborne more or less lacked any major scourged-fouled swamps.

RELATED: 10 Theories That Prove From Software’s Games Are All Connected, According To Reddit

Elden Ring does have multiple swamps, but they ended up being a very small portion of the overwhelmingly large game map. Still, Caelid’s Swamp of Aeonia is something of a nuisance. While it contains the optional boss Commander O’Neil, it’s arguably less hazardous than the surrounding territory which can be utterly atrocious for underleveled explorers.

Dark Souls 2 was a fairly extreme departure from its predecessor in terms of world design; instead of a vast and intricately interconnected world, it was essentially a set of separate pathways all stemming from the main hub area. It also didn’t have any poison swamps, per se, though it did have a poison-filled pit in the form of Black Gulch.

Loaded with troublesome tar pits and statues capable of spraying poison, Black Gulch is a total headache to traverse. It feels less like a typical Souls level and more like a booby trap-riddled dungeon ala Sen’s Fortress. While short, it’s a definite headache for players of all experience levels.

After braving the Road of Sacrifices and braving the Cathedral of the Deep, players encounter Farron Keep, Dark Souls 3‘s most significant patch of putridity. Tasked with lighting three ritual fires, players will constantly be chowing down on purple moss as they trudge through the sludge and contend with terrors like the agile Ghrus and the ever-annoying Basilisks.

Players who know what to do need not spend more than ten minutes exploring the swamp, fortunately, and it culminates in a boss fight against The Abysswatchers, a fan-favorite encounter. That said, tedious and irksome, Farron Keep is an area most Dark Souls 3 players would prefer to skip entirely.

Elden Ring’s Swamp of Aeonia is fairly easy to traverse because players are allowed to summon their spectral steed Torrent, allowing them to avoid any Scarlet Rot buildup. The same cannot be said of the subterranean Lake of Rot, an area that more or fewer guarantees that the player will contend with the notoriously dangerous status affliction.

While those who stick to the small islands of safety won’t have it all that rough, those hunting for the area’s hidden treasures are in for a truly rough time. Plus, the temple section is loaded with Lesser Kindred of Rot enemies that can launch difficult-to-dodge missiles repeatedly from their backs. The area’s only saving grace is that it’s optional and fairly out-of-the-way.

The gruesome pit that can be credited with kickstarting this entire nasty trend, 5-2, also known as the Swamp of Sorrow, is a sprawling, cavernous area utterly soaked in a poisonous mire. Replete with annoying enemies like the Poison Jellies and Giant Mosquitos capable of inflicting further poison damage, the area is a neverending headache capped off by the forgettable Dirty Colossus boss.

The Swamp of Sorrow’s sole saving grace is a shortcut that allows those who’ve already made it through to bypass a large section of it. However, it’s an undeniable low point in a game rife with tedium relative to From Software’s later soulsborne entries.

Without a doubt the most infamous poisoned bog in From Software history, Blighttown is encountered fairly early on and demands mastery of Dark Souls‘ relatively stiff control scheme. Players must initially descend a maze of narrow scaffolding while dodging all manner of abomination and doing their best to get out of the way of the blowdart snipers that are capable of inflicting the toxic status effect.

What’s more, the bottom of the area is filled with a movement-impeding, poisonous sludge, and players more or less have to be poisoned to make it to the area boss, Chaos Witch Quelaag. Fortunately, crafty players can make use of the Master Key item to skip most of the level.

NEXT: 10 Things Only Die-Hard Fans Know About Elden Ring


Next
Gotham Knights: 10 Reasons Why Killing Off Batman Is A Good Thing