Everton vs. Man United: How to Watch Premier League Soccer From Anywhere 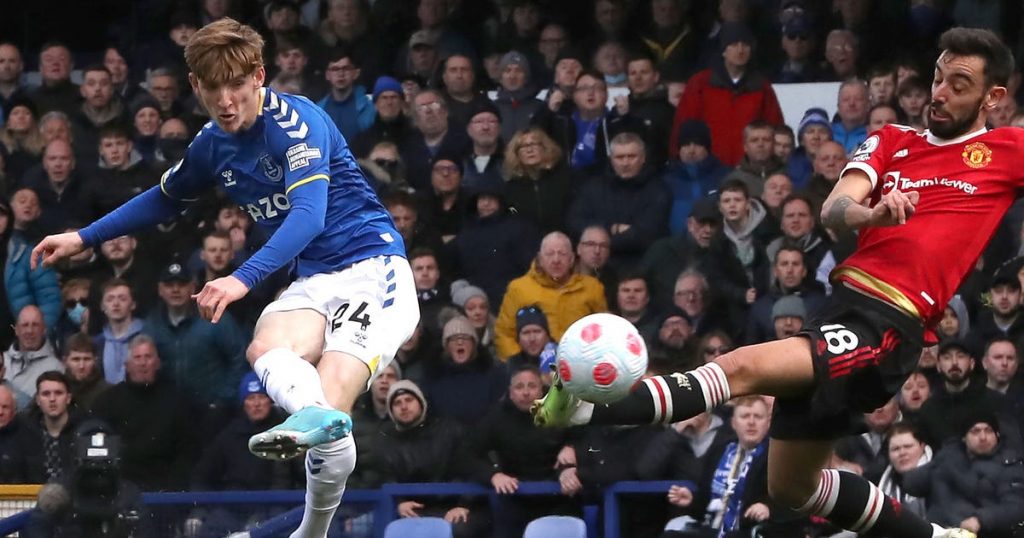 Manchester United will be hoping to keep within touching distance of the European qualification places as they make the 35-mile trip to Everton for this weekend’s Premier League encounter, while the hosts look to make it three back-to-back wins.

The Red Devils are just outside of the Champions League spots as things stand, having recorded four victories and three defeats in a mixed start to the season. Erik ten Hag’s side will be hoping to bounce back from a bruising 6-3 defeat at local rivals Man City in their last Premier League outing, though there may still be a few tired legs from Thursday’s narrow win away at Cypriot side Omonia in the Europa League.

Frank Lampard’s Everton team had a torrid start to the season with defeats in their opening two games, though form has since turned around. The Toffees sit in midtable as things stand and are looking to make it seven games unbeaten in the league going into this tough test. There was no midweek European action for the Blues, which could give them an edge today.

Below, we’ll outline the best live TV streaming services to use to watch the game live wherever you are in the world.

Everton vs. Man United: When and where?

How to watch the Everton vs. Man United game online from anywhere using a VPN

If you find yourself unable to view the game locally, you may need a different way to watch the game — that’s where using a VPN can come in handy. A VPN is also the best way to stop your ISP from throttling your speeds on game day by encrypting your traffic, and it’s also a great idea if you’re traveling and find yourself connected to a Wi-Fi network, and you want to add an extra layer of privacy for your devices and logins.

With a VPN, you’re able to virtually change your location on your phone, tablet or laptop to get access to the game. So if your internet provider or mobile carrier has stuck you with an IP address that incorrectly shows your location in a blackout zone, a VPN can correct that problem by giving you an IP address in your correct, nonblackout area. Most VPNs, like our Editors’ Choice, ExpressVPN, make it really easy to do this.

Using a VPN to watch or stream sports is legal in any country where VPNs are legal, including the US and Canada, as long as you have a legitimate subscription to the service you’re streaming. You should be sure your VPN is set up correctly to prevent leaks: Even where VPNs are legal, the streaming service may terminate the account of anyone it deems to be circumventing correctly applied blackout restrictions.

Looking for other options? Be sure to check out some of the other great VPN deals taking place right now.

ExpressVPN is our current best VPN pick for people who want a reliable and safe VPN, and it works on a variety of devices. It’s normally $13 per month, and you can sign up for ExpressVPN and save 49% plus get three months of access for free — the equivalent of $6.67 per month — if you get an annual subscription.

Livestream the Everton vs. Man United game in the US

This week’s Everton vs. Man United game is on USA Network, which you can access as part of your cable package or at the NBC Sports website with a valid login, and can be streamed via FuboTV and Sling TV.

Sling TV’s Blue plan includes USA Network making it a great option for those wanting to watch Premier League action. It’s $35 per month and includes over 40 channels, including other sports channels like ESPN and FS1.

FuboTV is one of the best sports streaming services for soccer fans and, importantly for cord-cutters wanting to watch the Premier League, carries USA Network which airs several games that are not shown on Peacock. It’s pricey, though, with prices from $70 per month, so if you don’t plan on using FuboTV for its other soccer access — including FIFA World Cup, Serie A, Ligue 1, Liga MX and others — then you may be better served by Sling Blue, which also carries USA Network from $35 per month.

Livestream the Everton vs. Man United game in the UK

Premier League rights in the UK are split between Sky Sports, BT Sport and Amazon Prime Video. The Everton vs. Man United game is exclusive to BT Sport — showing on its BT Sport 1 and Ultimate channels — making the BT Sport app the go-to location for streaming the game live if you don’t already have the channels as part of your TV package.

BT Sport has the rights to several Premier League games, plus plenty of other sports coverage, over the course of the season. Cord-cutters can access its channels via the BT Sport website and app from £25 per month.

Livestream the Everton vs. Man United game in Canada

If you want to stream Everton vs. Man United live in Canada, you’ll need to subscribe to FuboTV Canada. The service has exclusive rights for this Premier League season.

FuboTV is the go-to destination for Canadians looking to watch the Premier League this season with exclusive streaming rights to every game. It costs CA$25 per month, though you can save some cash by paying quarterly or annually.