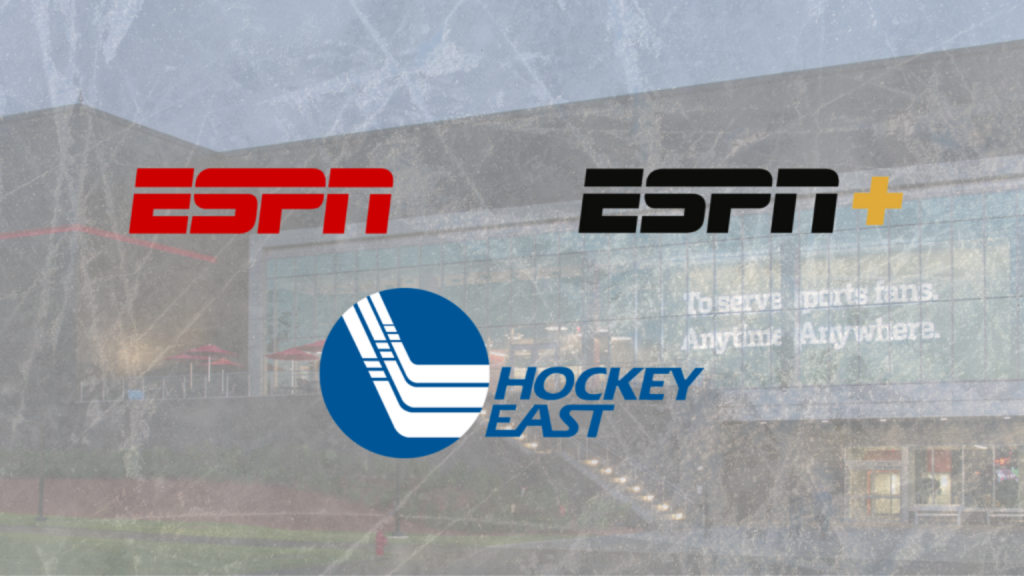 If a hockey league exists, ESPN will find it and air its games. Today, the league that’s getting a new rights deal with the worldwide leader is NCAA Division I conference Hockey East.

Hockey East, which features 12 schools in the New England states, and ESPN reached a new six-year media rights agreement that will bring its games to ESPN’s television and streaming platforms. The agreement includes over 300 games annually with all games available on ESPN+ and features three games on ESPNU each season.

The agreement also includes all men’s and women’s home games throughout the season as well as the entirety of both the men’s and women’s postseason tournaments. The Hockey East Women’s Tournament Championship is set to be televised annually on an ESPN network.

“Hockey East is delighted to begin an exciting and comprehensive digital and linear partnership with ESPN,” said Hockey East commissioner Steve Metcalf. “By placing the top ​collegiate hockey conference on the ‘Home of Hockey,’ Hockey East can now provide our fans with the premier live-viewing experience in all of sports and allow the league to showcase the stories of our student-athletes both on and ​off the ice.”

ESPN has started calling itself the “Home of Hockey” — and they’re dead on with that nickname. In total, ESPN now owns the broadcasting rights to the NHL, ECAC, NCAA Men’s and Women’s Frozen Four championship tournaments, the PHF, and many more.

ESPN reached an agreement with the KHL at one point, but it’s unknown if that deal is still intact due to the ongoing conflict between Russia (where the KHL is based) and Ukraine. Streaming services have been nabbing up sports rights whenever they can recently, as seen with Paramount+’s dedication to acquiring soccer rights, and even Apple TV+ has been doing with baseball. It’s clear that ESPN is making hockey a focus and the company is banking on attracting a passionate fanbase that will watch anything as long as it’s on ice.

“ESPN is proud to add exclusive rights to Hockey East, one of the sport’s premier conferences, to our ever-growing lineup of top-level hockey leagues and events,” said Dan Margulis, senior director of programming, ESPN. “With half of the over 300 games annually dedicated to women’s hockey, we are very excited to help grow the sport across ESPN platforms.”