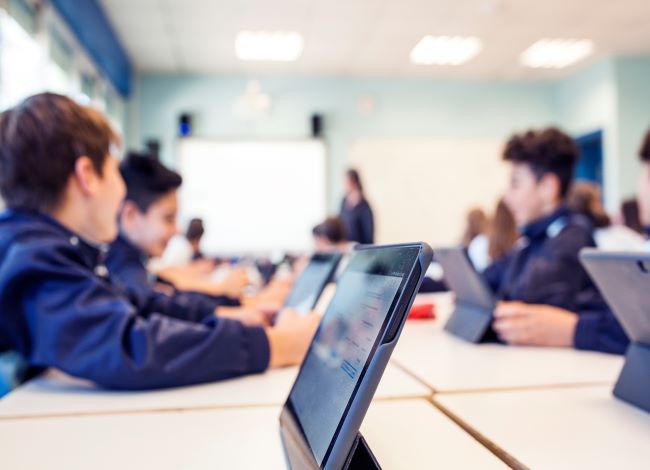 For more than 10 million school children in the UK, this past couple of years have been disorderly. In and out of their schools, much of their learning has been done on laptops and phones at home. There has been an explosion in education technology (EdTech), which is used to facilitate education, learning and assessment. While edtech was previously under the radar, the pandemic has placed it centre stage.

The edtech sector is already a valuable one for the UK economy. Even before the pandemic, it was predicted to be worth £3.4bn in 2021 and comprises over 1,000 companies. This may have grown over the course of the past year. The UK has a particularly strong edtech market, attracting 41% of all investment in the education sector in 2019, for example. The share from venture capital has grown, with almost $1bn ($857m) raised by edtech companies in the UK since 2014.

There are two broad categories of companies. First is the hardware, including computers, phones and other digital devices. The second category relates to software, including platforms and apps, which have been created in almost every subject, from Maths, English and languages to more creative ones like the arts and music.

A change of mindset

Broadly speaking, there is a fundamental misstep in the way education is approached. Exams are seen as the measure of success, but we place too much emphasis on them. They encourage individualism and selfishness, yet modern workplaces require completely the opposite. Productive companies rely on collaboration and teamwork.

To take a small example from my own experience, in my daughter’s primary school, the teacher cancelled spelling tests in year 5 on the basis that it was sending the wrong signal. Many parents were aghast, as this was seemingly a qualified measure of their child’s intelligence. The teacher explained that if a child scored 19 out of 20 in a test, the parent would inevitably focus on which one they got wrong rather than praise the 19 they got right. Silence fell over the room as parents realised just how right the teacher was. Currently, the whole system is based on the premise that you are not allowed to fail.

What we should be doing is asking ‘what are you good at?’, and directing our energy at maximising a pupil’s strengths. Edtech can assist in shifting the emphasis on education away from end of year exams. Covid has shown that we can measure progress and learning without the blunt instrument of an exam. Edtech can enable ongoing assessment of each pupil. We can personalise education, just as we are doing with medicine and fitness, so that each pupil can be given slightly different levels to work on, depending on their aptitude and understanding. Our firm, Pembroke VCT, is addressing this issue through Kinteract, which supports schools with a platform that assesses progress in real time and leaves young people with a digital learning record.

Another way edtech is transforming education is by making available vast amounts of information at the click of a button. This is a world away from when we were children and would spend hours researching subjects in the school library. Today, education providers such as the BBC Curriculum and the Oak National Academy have made their resources widely available online.

Furthermore, technology has opened up the world by enabling pupils to find out about and connect with different countries and continents. For example, a school in the UK may partner with a poorly resourced school in Africa so that the pupils can speak and learn about each other’s cultures and countries. Edtech is not just about the young. It offers learning and skills development for people of all ages. It is important all age groups acquire digital skills, as it’s such a part of everyday life, in the way we shop, communicate and consume entertainment.

One of our investments, Smartify, allows people to explore arts galleries and museums, and learn from the world’s best curators via its digital platform and app.

Though edtech offers lots of opportunities, there are some hurdles. The first is access. The government is guided by the ‘levelling up’ agenda, and edtech should be used to democratise education rather than exacerbate the digital divide. Up to 1.8 million children in the UK do not have access to a laptop, desktop or tablet at home. The government has been working to address this and must be commended for having already delivered over 800,000 laptops and tablets to schools. But it is not just about hardware, but also about broadband connectivity. Almost a quarter of children from the poorest families have no home access to broadband. Again, the government recognises the problem and has a bold ambition to provide a reliable internet connection to all pupils by 2025. While we are champions of technology, we acknowledge its limitations and dangers. As the father of three young children, I know the perils of too much screen time. Children and young people need face-to-face contact with teachers and interaction with their peers. Technology should be a complement to, rather than a substitute for, human interaction. We need to evolve our education system.

The Covid crisis has shone a spotlight on the way we learn, and we need to take the opportunity to re-imagine. The growth of edtech offers wider and deeper learning for everyone as well as commercial opportunities and economic growth. Pembroke is likely to invest further in edtech as schools unleash the potential of young people. The late Lord Sacks, formerly chief Rabbi, was spot on when he said: “To defend a country you need an army, but to defend a civilisation you need education”. We hope we can play a part in edtech making a positive difference to millions of lives.

See also: The pandemic legacy of a resilient generation explained