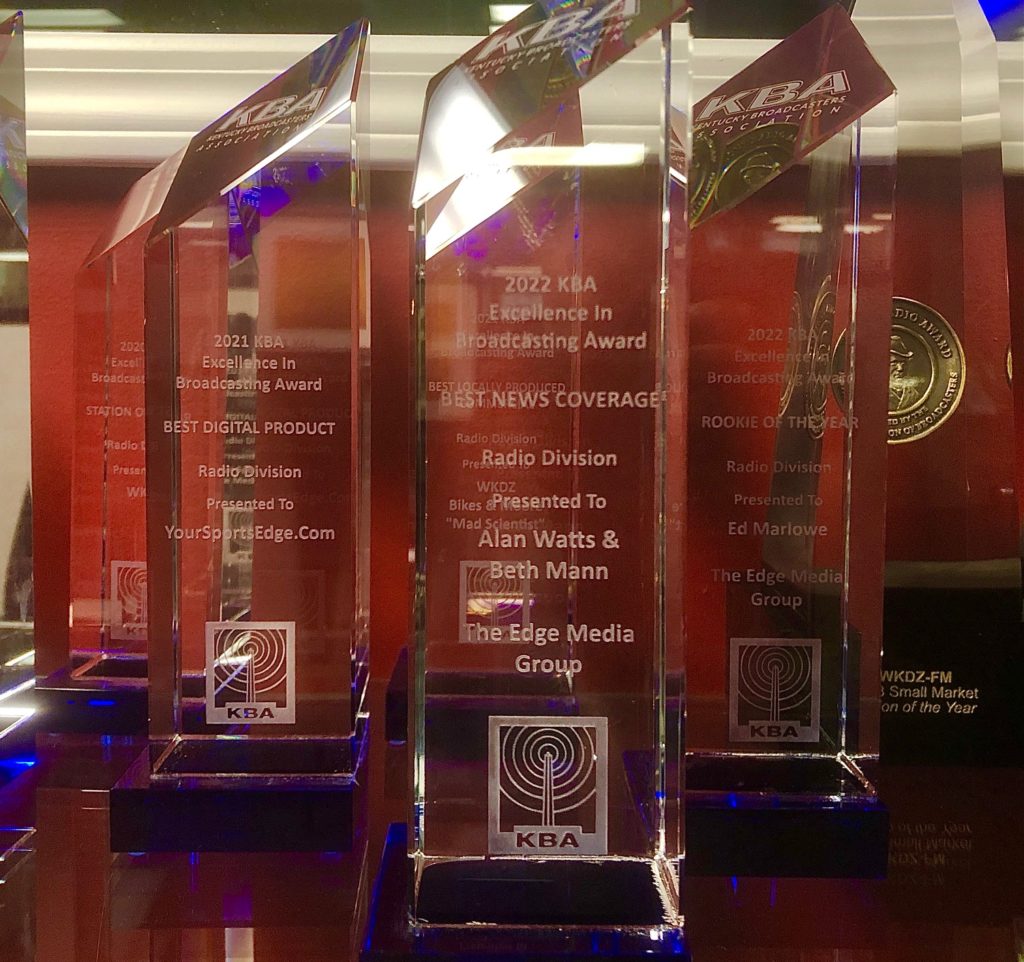 The Edge Media Group brought home some top honors from the Kentucky Broadcasters Association Excellence in Broadcasting Awards earlier this week in Owensboro.

In addition, Ed Marlowe was named ‘Rookie of the Year’. This KBA award recognizes a broadcast professional who made great strides in their first two years of employment in the radio industry.

YourSportsEdge.com won the top award for Best Digital Product for the second consecutive year and the third time in four years.

The Edge Media Group was a finalist in two other fields, taking second place for Best Locally Produced Commercial for Holiday Hills Friday that aired on WPKY.

And for the first time, WPKY was a finalist for Radio Station of the Year, losing out to college radio WEKU-FM in Richmond. The station of the year award recognizes a radio station for overall service to its listenership and community through public service and community involvement; entertainment value; thoroughness; promotions; listener interaction; and overall delivery.

The Excellence in Broadcasting Awards were presented in the radio and television categories as part of the annual KBA Conference in Owensboro.