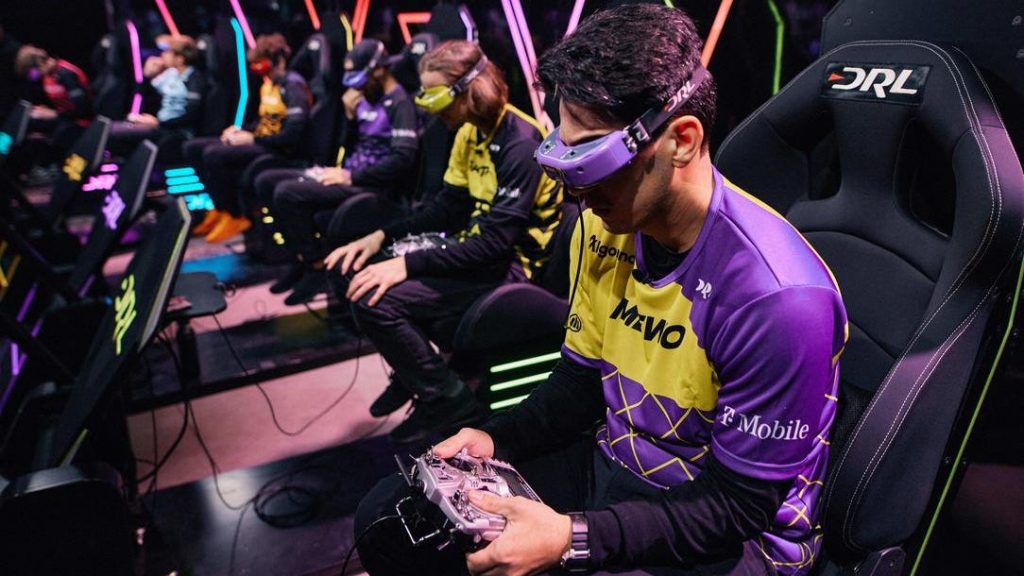 The integration of technology in many traditional and well-established sports and leagues including the NFL, MLB and English Premier League is a frequently debated topic as its usage and efficiency is still being fine tuned.

The Drone Racing League, on the other hand, is relying on and leveraging technology to continue its rapid growth among a predominately younger demographic not only in the United States, but around the globe.

DRL more than doubled its broadcast reach from last season, offering its high-speed drone racing to audiences across six continents with 13 sports networks broadcasting into more than 250 million households in over 140 markets worldwide.

“We’re just getting started,” DRL president Rachel Jacobson says. “I think about such fertile ground. I think about all we’ve accomplished here and all that we’ll set out to do.

“The ambition is really high, and there’s absolutely no reason we are not a multi-billion-dollar company and mainstream sports property.”

Founded in 2015 by Nicholas Horbaczewski, Drone Racing League pits the world’s greatest drone pilots against each other as they navigate their drones around live and virtual races via first-person view (FPV) at speeds of 80 mph.

Not only is DRL a competitive sports league, but similar to Formula E, is a testing ground and incubator for emerging technologies around drones, FPV, automation and more. Society’s increasing reliance on these technologies has helped contribute to DRL’s popularity.

“We’re going to be the sport that isn’t just the testing ground, but everything fans love about gaming, tech and crypto is going to be right in front of them to get engaged with our sport,” Jacobson says. “The younger demographic for us is an absolute home run because of that technology piece. The world runs on technology now.

“We aren’t expecting them to sit through hours and hours of sports or entertainment to find out who the winner is. Our heats are a minute long so it’s low commitment but incredible immersion of all the things they love right in front of their eyes.”

In order to quench the increasing thirst for technology, DRL has expanded its international presence over the past year with the help of Octagon global media rights consulting, not only renewing partnerships with broadcasters throughout the United Kingdom, Brazil, Australia and South America, but signing an exclusive media agreement with StarTimes, Africa’s leading digital TV operator, and inaugural partnerships with Sony TV in Asia and the Middle East, and beIN Sports, Eleven Sports and TrueVisions in Asia.

Viewership tripled in China over the past year, while DRL is the most-followed drone brand on Weibo—even ahead of DJI, which is headquartered in Shenzhen.

DRL launched in China in early 2019 and currently has a small team based in Shanghai while also working with Mailman Group, an Endeavor-owned global sports digital consultancy and agency. DRL planned to host a live race in the country, but was postponed from doing so due to the ongoing coronavirus pandemic.

“The quality of production, the excitement and uniqueness of the races, and the continued global staging efforts by the DRL attracted broadcasters immediately,” says Daniel Cohen, Octagon senior vice-president of global media rights consulting. “It’s no surprise the DRL increased its global footprint by nearly 10x internationally in only one year.

“This property has only upside as more fans around the world are introduced to the best drone racing has to offer.”

Domestically, DRL expanded its existing media partnerships with NBC Sports and Twitter, securing 30 hours of original programming during primetime slots in 2021, including a race on Christmas, while airing 60% more hours on NBC than last season.

“We’re excited about the success and growth that Drone Racing League has experienced across our NBC Sports platforms this season,” says Gary Quinn, NBC Sports vice-president of programming. “DRL’s high-flying action and cutting-edge use of technology combine to create a unique and innovative viewing experience that has resonated with audiences across the country.”

Catering to its younger, tech-first audience, DRL continues to provide content on a variety of social media platforms including TikTok, which saw 400% growth over the past year.

With partners including T-Mobile, Algorand, Draganfly, United States Air Force, DraftKings and Playground Labs, DRL hopes to continue its trajectory into 2022 and beyond while providing an additive to legacy sports leagues and organizations. DRL and T-Mobile introduced its 5G-enabled drone at MLB’s Field of Dreams on August 12.

“It’s like that saying ‘a rising tide raises all boats’—or flies all drones—because we’re very additive and we’ve seen that with our T-Mobile partnership, DraftKings partnership, and DRL Labs, which is an incubator for technology where other companies can come and work with our engineers and other engineers.

“I’m not worried about the next Formula 1 race or the Super Bowl, it’s more of how do we show up to the party and complement in a unique way while helping them get younger and more tech savvy while showing our fans these are our friends to make it more interesting to them if they follow the other sports since we intersect.”