Does The iPhone 11 Have 5G? All The Details You Should Know 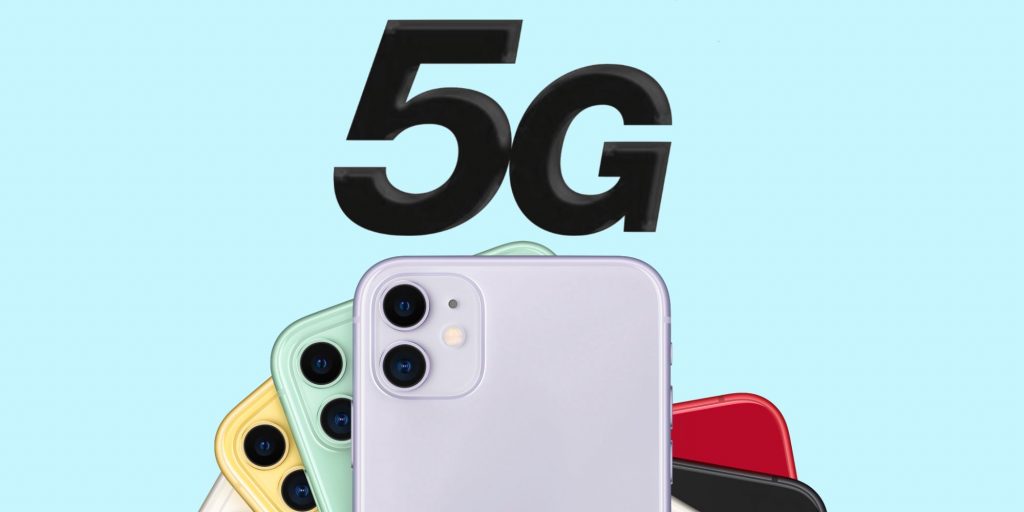 The iPhone 11 continues to be a reliable smartphone in 2022. But is it one that supports 5G networks? Here’s everything you should know.

5G is a huge talking point for smartphone carriers and manufacturers in 2022 — leading many iPhone 11 owners to wonder if their Apple handset works with 5G. It wasn’t that long ago when 5G was just a pipe dream for companies. 5G has been hyped up and promoted for years as the next big thing in wireless, but only recently had it matured enough to actually be useful for people. All the big carriers in the U.S. now have growing 5G networks, most smartphones sold today can connect to 5G, and things are only getting better.

But that’s not to say 5G isn’t still confusing. 5G is currently broken up into three different tiers. There’s sub-6 5G, mmWave 5G, and C-band 5G. Each tier has its own levels of speed and coverage. Depending on the smartphone you have, you may be able to use all (or only some) of them. And the naming of some smartphones doesn’t help with any of this. With phones marketed as the ‘OnePlus 10 Pro 5G’ and ‘Motorola Edge+ 5G UW,’ understanding which 5G bands are and aren’t supported on your device is far from simple.

Related: How To Tell If Your Phone Is 5G Or Not

For its part, the iPhone 11 remains a capable smartphone in 2022. Its 6.1-inch LCD display looks great, the A13 Bionic processor is still very powerful, and it’s running the latest version of iOS 15. Whether you’ve had the iPhone 11 since it was released or you just bought it recently, it’s a solid all-around handset these days — assuming you don’t care about 5G. That’s because the iPhone 11 does not have 5G connectivity. It doesn’t work with sub-6, mmWave, or C-band networks. Data speeds on the iPhone 11 are very good thanks to its ‘gigabit class’ 4G LTE bands, but 5G isn’t anywhere on the phone.

All iPhones That Do Have 5G

If you want an iPhone that does support 5G, the cheapest option available today is the iPhone SE 3. The $429 starting price is tempting, but keep in mind that the SE 3 primarily connects to sub-6 5G networks. Sub-6 5G has the best coverage out of any 5G band, but that comes at the expense of a less dramatic speed upgrade. Sub-6 5G is generally faster than 4G LTE, though often not by much. The iPhone SE 3 also connects to C-band 5G on Verizon and AT&T, but only if you have either of those two carriers and live in a market where it’s supported. Someone who wants the full 5G experience will need to get an iPhone 12 or iPhone 13 (or any of their respective ‘mini’ or ‘Pro’ versions). Every iPhone 12 and iPhone 13 has sub-6, C-band, and mmWave 5G connectivity.

Is the lack of 5G on the iPhone 11 a deal-breaker? For most people, the answer is probably ‘no.’ While 5G is the latest generation of mobile data, 4G LTE isn’t going anywhere any time soon. It’s still plenty fast, is fully supported by all carriers, and has unmatched coverage compared to still-growing 5G networks. It’s not a bad idea to make sure your next Apple phone has 5G, but there’s no reason to throw out your iPhone 11 just because it doesn’t.

Next: What Does 5G UC Mean On Android?

This Is Still The Best OnePlus Phone Ever Released

Joe has been actively writing and talking about consumer tech since 2012. His biggest passion lies with smartphones, but he’s happy to talk your ear off about just about anything with a CPU. He lives in Kalamazoo, MI with his wife, two cats, and pit bull/boxer mix.