Does Anyone Still Watch Broadcast Television? (And What that Means for Disney, Comcast, ViacomCBS and Fox) 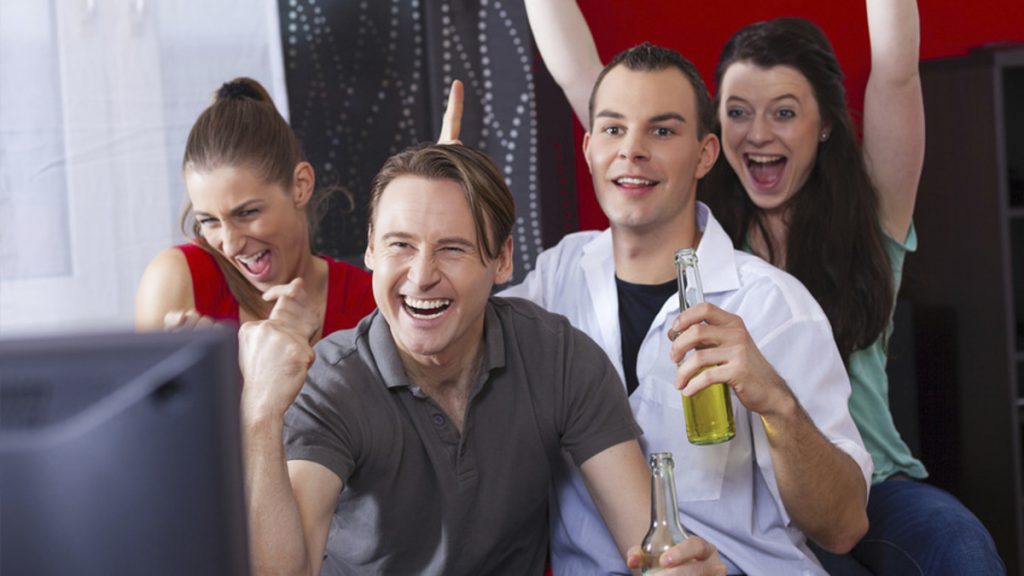 It’s officially a streaming world these days. But while viewership is down, there’s more life left in broadcast television than it might appear, according to a report from Variety.

The report compared ratings in the first two months of the fall season for the four major broadcast television networks — Comcast’s (CMCSA) – Get Comcast Corporation Class A Report NBC, Walt Disney’s (DIS) – Get Walt Disney Company Report ABC, ViacocomCBS’ (VIAB) – Get Viacom Inc. Class B Report CBS, and Fox’s (FOX) – Get Fox Corporation Class B Report — from this year, as compared to 2015, the furthest the report could go back.

Specifically, it looked at viewership for programs between 8 p.m. and 10 p.m. for audiences between the ages of 18 to 49, long the most coveted demographic for advertisers. It’s generally considered more difficult to get older consumers to try a new consumer good or switch brands, as people’s preferences tend to settle as they age making 18-49 the advertising industry sweet spot.

The total ratings were some of the most eye-opening numbers. The Monday at 8 p.m. hour (basically the kick-off of the broadcast week) was down by 70% from seven years ago, and the Thursday at 9 p.m, hour (once the home of hit sitcoms such “The Office” and “Seinfeld”) is now down by 46.9%.

Clearly, we are a long way away from the days of Must-See TV.

As anyone who’s been nagged by their friend to check out HBO Max’s “Hacks” or signed up for NBC’s streaming service Peacock because they were in the mood to binge “30 Rock” knows, there’s more scripted fare out there than ever, and we’re doing what we can to catch-up.

When Netflix (NFLX) – Get Netflix, Inc. Report debuted its streaming service in 2008, the draw was its vast library of both movies and complete seasons of television programs such as “The X-Files,” while series with light ratings such as NBC’s “Parks And Recreation” and “Breaking Bad” would eventually gain mass audiences through the streaming service.

Eventually, Netflix began to shift its focus away from acquiring older titles to creating its own. Licensing older shows comes with the inherent risk that one day the deal will expire and the owners of the TV shows might sell them to a rival service or start their own platform to monetize their back catalog, as became the case with brands such as Peacock, Disney+, and Paramount+.

In 2013, Netflix introduced the original series “House of Cards” and “Orange Is the New Black,” a demarcation point in the history of television. Both would become hits with critics and audiences. In 2015, Amazon would follow with the launch of “The Man in the High Castle.”

Encouraged by the response and customer growth, from 60 million to 110 million in three years, Netflix continued to invest more in original content, spending $17 billion last year.

Over time audiences, particularly younger ones, became accustomed to watching new episodes of their favorite dramas and comedies on their own schedule, rather than tuning in to catch it live; the idea that you once had to tune in to NBC at 8 p.m. to catch the latest episode of “Friends” or else you’d have to wait to catch it during reruns or syndication has become a generational marker akin to a milk deliveryman, i.e. an experience that younger people are completely unfamiliar with.

This migration of scripted content to being the realm of streaming services was a slow attrition over the years, but arguably crystalized during the pandemic. People who hadn’t gotten around to checking out a lot of streaming programming suddenly found themselves housebound with time to kill, which led to a notable boost for streaming services; as Netflix added 25 million new subscribers in the first half of 2020.

So What Are We Watching Now?

Six years later in that same time period, NBC’s drama “Chicago Fire” pulls in a .80, and Fox’s “9-1-1” a .79, but the list is now completely dominated by the sort of event television that people want to watch live, with “Sunday Night Football” pulling a 4.96, “Thursday Night Football” a 4.02 and the special “Adele: One Night Only” a 1.65. Clearly, sports, specials, and reality TV are the main draws for live television.

But the report notes that this doesn’t mean that scripted fare isn’t important to networks. It has just become a much tougher equation than simply looking at ratings. A show might have a modest live audience but grow exponentially on a next-day streaming platform while also driving audience to a streaming service that adds whole seasons.

But the networks are increasingly accepting that viewers will tune in live for the sort of things that aren’t as fun to watch later, and then seek out scripted content on their own time. So don’t expect there to be less to watch out there (far from it) but don’t be surprised to see broadcast television invest even more in live events.

But What Does This Mean For Networks?

The live viewership for broadcasting television has been on a downward trend this century. There was a joke in an episode of “30 Rock” where Alec Baldwin’s character, the struggling NBC executive Jack Donaghy, had plans to return to the glory days of Must-See TV through “science or magic.”

Back then, the main headaches for networks were the increasing popularity of both basic and premium cable and the popularity of live recording devices like TiVo, iTunes introducing the ability to download episodes of television, as well pirate torrenting websites, all of which eventually made the concept of having to watch a television show live seem outdated. Just think of how stressed Donaghy would be in a world with Disney+ and Netflix as his competition.

Before the introduction of TiVo/the DVR and before HBO began aggressively moving into the production of original programming, network television had a monopoly of viewing habits that took a while to fully erode. In the year 2000, even a mid-tier show like “Just Shoot Me!” could pull in 15.6 million people, ratings NBC would no doubt kill for today.

The higher a television show is rated, the more a network can charge advertisers, obviously. That’s not the only way networks make money, as licensing fees to companies such as, well, Netflix, and corporate partnerships are also lucrative. But advertising and ratings are still a big deal.

The hope networks had was that they could make up for the lost revenue of declining ratings and viewership by starting their own streaming services. NBC’s streaming service Peacock, for one, is available both in an advertiser-supported model and a pay version that costs between $4.99 and $9.99.

But so far — among companies that own broadcast networks — only Disney has shown that it can make up its audience on a streaming platform, as Disney+ has 118.1 million customers, according to TechCrunch, and Hulu (which Disney owns, and uses as the streaming home for popular Fox content such as “Bob’s Burgers”) has 43.8 million paid subscribers, according to Statista.

So far Disney, which might reasonably feel like it has enough on its plate, hasn’t launched a streaming service dedicated to its network ABC. Instead it either puts that network’s shows on its own services or licenses hits like “Grey’s Anatomy” to Netflix.

In order to stay competitive and not beholden to Netflix, last year Comcast launched Peacock as the home for NBC shows as well as material from the Universal film library, while earlier this year ViacomCBS rebranded its struggling CBS All Access as Paramount+, adding in programming from Viacom channels such as MTV and Comedy Central.

But so far, neither Paramount+ or Peacock has gained enough subscribers to show that the networks can make up for audience erosion.

Comcast recently announced a $520 million loss on Peacock, per The Hollywood Reporter, and did not provide an update on subscriber numbers. Over the summer the reported number was 54 million.

ViacomCBS announced that it had its “most successful week ever” with more than 1 million new subscribers in November, as reported by Deadline, but it seems as though the company is being fuzzy with the math, as it “reported total streaming subscribers of 47 million around the world, but that tally includes Showtime as well as niche services BET+ and Noggin.”

Now streaming empires aren’t built in a day, and the networks have too much invested in having their own Netflixes to cut bait anytime soon.

But as live viewership erodes and subscriber services don’t grow enough to catch up, the networks are going to have to figure out what to do, which could involve investing heavily in properties with familiar brand appeal.

Comcast told The Hollywood Reporter that the Peacock exclusive “Halloween Kills,” based on the popular horror movie franchise,  was the “No. 1 non-live event premiere in Peacock’s history.” So look for more titles like that. And if that doesn’t work, well, there’s always more singing competitions, right?