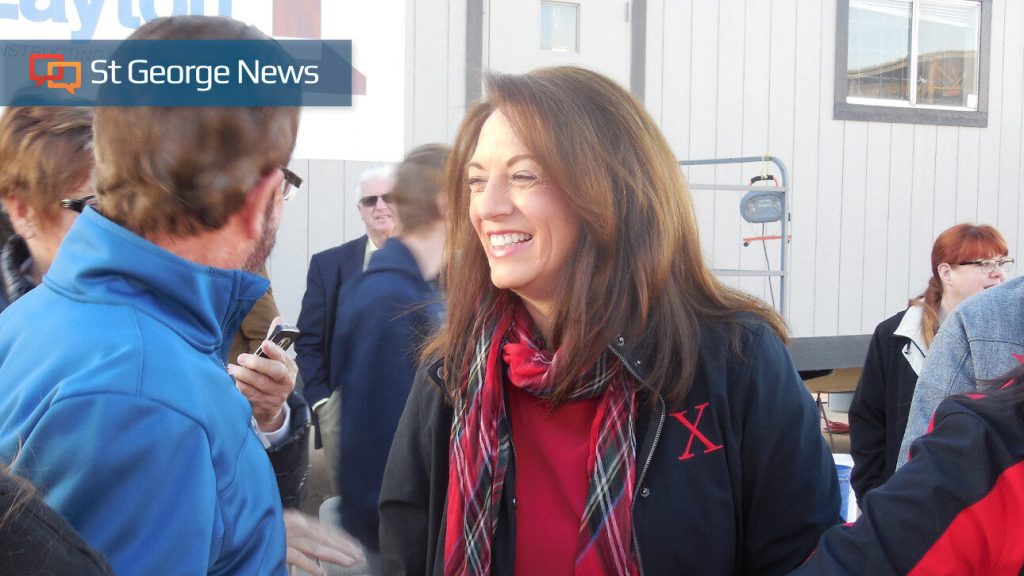 To explain why she made the difficult decision to retire, Stephens told St. George News about her philosophy of yeses and noes.

“For the last 10 years I’ve had an all-in commitment and I’ve said ‘Yes, yes, yes,’ to Dixie Tech,” Stephens said, “which has meant I’ve said no to my husband. I said no to my children, and I said no to my grandchildren. I absolutely love the college, honestly, I love everything about it, but I have to set it down and let someone else take it to the next level. It’s time for me to start saying yes to my family and some of the other things I want to do.”

With a passion for family history, Stephens said she’s already planned a vacation with her husband to visit her grandparent’s homeland of Yugoslavia. When she returns to the U.S., she looks forward to finally being able to attend her grandkids’ lacrosse games and to visit her children and grandchildren more often.

When speaking about what she’ll miss most, Stephens focused on losing opportunities to effect change in the community.

“I’ll miss being in the inner circle,” Stephens said. “I’ll miss sitting and talking about challenges and problem solving and being in the know. I wish I didn’t have to give up this wonderful circle of people in our community that I get to rub shoulders with daily – I’m going to really miss that.”

Stephens moved to St. George from Price, Utah, just over 30 years ago. After earning a bachelor’s degree from Brigham Young University and a master’s of social sciences from Utah State University, she began her career at Dixie College in 1992.

Her first 18 years in vocational education were spent as a custom fit training director working with local businesses to provide training in numerous industries. In 2006, the position shifted to Dixie Applied Technology College – what would become Dixie Tech – where Stephens continued her work until she was named vice president of instruction in 2010.

It was in this position that Stephens became aware of a problem with the enrollment process and curriculum structure. Much like many of its peer institutions, Dixie Tech used to operate under an open-entry, open-exit model where students could join classes almost anytime and work at their own pace.

“Essentially the students come in and kind of work at their own pace but end up having to teach themselves,” Rushton said. “They were sort of on their own as far as how deep to go or how quickly they could work through the process. President Stephens had the idea that students would do much better in groups, in a cohort-based setting, even though it wasn’t necessarily the popular thing to do at the time. She pushed really hard to make that happen in all our programs, and it’s been very, very successful.”

Stephens began shifting programs to the new model and was selected as president of the college in 2012.

Since then, graduation rates have increased over 20%, Rushton said. Today, Dixie Tech has 26 accredited programs offering career training and certification in fields like nursing, diesel and automotive tech, culinary arts and more.

Changing the instruction was one of the proudest achievements of Stephens’ career, she said, and it had the added benefit of improving the quality of instructors and the use of limited teaching spaces available at the time.

A legacy of growth

The second hallmark of Stephen’s tenure as president was securing a state-of-the-art campus for Dixie Tech to reside permanently.

“It’s really hard to convince students and parents that their kid will get a good education in facilities that are subpar,” Stephens said. “I went to work begging and asking and playing all the games that needed to be played to secure funding for our permanent campus. In 2015, we were finally granted the funding to build what we have now.”

Despite the challenges of zoning, designing and constructing a building that would house such diverse industrial workspaces, the new campus and its several buildings were completed and opened in March 2018.

“We have this fantastic facility now that legitimizes technical education in Washington County,” Stephens said. “It says to parents that their kids will thrive here. It says to students that if they select a technical college education it can serve them all their life. Now we’re bursting at the seams, and my successor will have to go to work immediately to get funding for additional space.”

In addition to leaving behind a legacy of growth and a pressing need for expansion, Stephens’ colleagues said she has made her mark not only on the school but on their lives.

“I joke with her that she’s probably the only college president in the state that goes home after a long day’s work to make dinner to take to somebody on our faculty or staff that’s struggling with one thing or another,” Rushton said. “She’s just constantly serving the people that she presides over. She will be terribly missed, and she’s going to leave huge, huge shoes to fill.”

Mari Krashowetz, executive officer of the Southern Utah Home Builders Association and member of the board of trustees, said her community outreach efforts and personality combined to put both Dixie Tech and its graduates in a position to succeed.

“She is an outstanding leader who truly cares about our students and wants to make the best career opportunities for them,” Krashowetz said. “She had the vision and overcame great obstacles to make the Dixie Technical College campus become a reality on Tech Ridge. I’ve known Kelle for over 20 years, and I’m very grateful that we were able to work together for so long.”

Ammon Teare has always considered Southern Utah his home away from home, having spent summers and holidays visiting family in Cedar City and St. George. With a love of the wilderness and a passion for writing, he’s dreamt of becoming a reporter since his elementary school days. After moving from Texas to New Mexico to Utah as he grew up, Ammon wound up studying journalism at Utah State University, where he graduated in May 2020. In his free time, you’ll find him watching the Utah Jazz or playing a board game with his wife, hiking in the great outdoors, or sprawled someplace comfortable reading a fantasy novel.