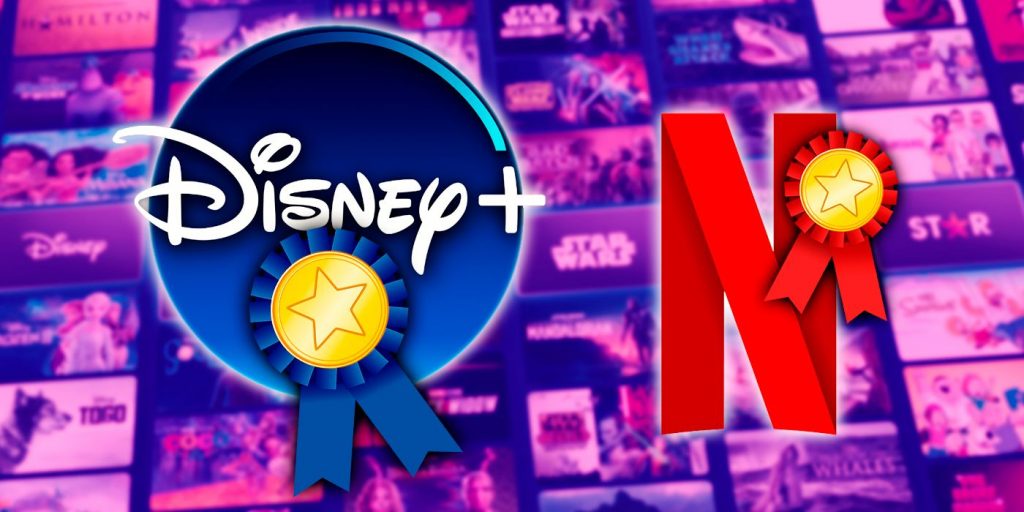 Disney+ was the favored streaming service for movies in 2021, as viewing data for the year puts it firmly above competitors including Netflix.

In the battle of the heavyweight streaming services, Disney+ earned a decisive victory over Netflix and its competitors where movies are concerned.

The most-streamed movie of last year was Pixar’s Luca, which achieved a staggering 10.6 billion minutes of viewing according to Nielsen and as reported by Deadline. This easily beat the 8.9 billion minutes racked up by the second place movie, 2016’s Moana. Overall, Disney+ dominated the top 15 ranking of streamed movies, as the service claimed 11 of the spots compared to Netflix’s four. Netflix’s biggest hit of the year was Red Notice, which landed at number five with 5.5 billion minutes watched.

To calculate the figures, Nielsen only included instances where a viewer watched more than two minutes of a movie. Only views through a TV screen counted, as Nielsen does not yet factor in mobile viewing. Nielsen also only includes data from Disney+, Netflix, Hulu, Prime Video and Apple TV, meaning that any movies watched via other services such as HBO Max would not be included in the charts, regardless of minutes watched.

Part of the reason for Luca’s success on Disney+ is that it skipped a theatrical release and was released directly onto the streaming service. It also skipped Disney+’s Premier Access model and was immediately available for no extra cost to subscribers. Luca tells the story of Luca Paguro, a young sea monster that can turn human when out of the water. Luca meets fellow sea monster Alberto and the pair run away onto dry land together.

Luca was the second Pixar movie to be released directly to Disney+, following 2020’s Soul. Reports suggested it would be the last, but Disney recently announced that the next Pixar movie Turning Red will also bypass cinemas and be streaming from March 11. In a statement, Disney Media & Entertainment Distribution Chairman Kareem Daniel cited “the delayed box office recovery, particularly for family films,” as the reason for the change.

Turning Red focuses on Meilin ‘Mei’ Lee, a Chinese-Canadian teenager who turns into a giant red panda whenever she is stressed or gets too excited. The decision to pull Turning Red from cinemas in favor of a streaming release disappointed several Pixar staff members, who called the announcement “quite a blow.” An anonymous Pixar staffer said, “Until today we all thought Turning Red would be our return to the big screen, and everyone at the studio was so excited about it being this film in particular.”

KEEP READING: Disney’s Treatment of Pixar Is Getting Weird

Angel Transforms [SPOILER] Into a Slayer, and They Could Become a Slayerverse Gamechanger

Kellie Lacey is a freelance writer from England and a news writer for CBR. She loves reading, Star Wars, and reading Star Wars books. You can follow her on Twitter at @kelliewrites