Did the FAA cry wolf on 5G? 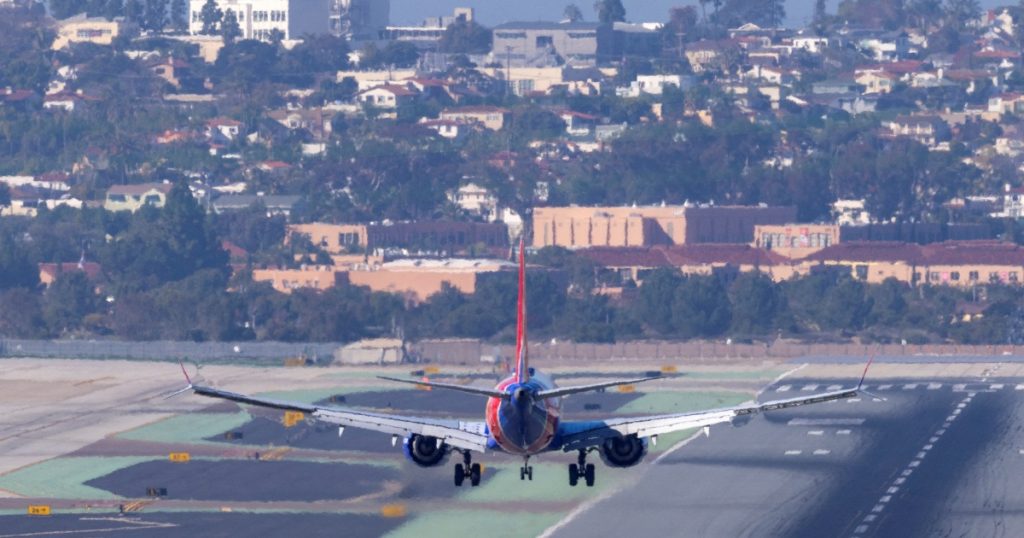 In the sixth century B.C., Greek storyteller Aesop told the tale of a boy tasked with watching his village’s sheep herd who sought attention by crying out a false warning that a wolf was threatening the flock. Some have asked whether the Federal Aviation Administration (FAA) cried wolf about the use of new 5G wireless spectrum threatening aircraft safety. Supporting that query is confusion about why the FAA dumped this issue on the Biden administration just as the new 5G airwaves were about to be put into service.

Just before Halloween 2021, the FAA announced it would be warning airlines about potential interference. Late in December 2021, as the mobile communications companies were about to flip the switch to roll out their 5G service, the FAA filled the news with warnings that the new wireless signals could cause radio altimeters to fail, thus threatening passengers’ lives. The wireless companies responded by delaying the launch of the new service.

The Biden White House—as the Trump White House apparently did not—immediately stepped in as a referee between the differing positions of the FAA and the Federal Communications Commission (FCC). On January 18, the day before the postponed 5G relaunch, President Biden announced an agreement by the wireless companies to further delay deployment of the new spectrum around airports.

The international standard for 5G was released in 2017 and has been continually refined since then. It was first installed in the U.S. in 2019, but not in the disputed airwaves. The new spectrum that is the cause of the FAA’s concerns (the so-called C-band) has been under consideration at the FCC for years. In 2018 the FCC formally proposed using C-band for 5G. In March 2020, the FCC published the rules for the use of the spectrum for 5G.

Included in those rules was the expansion of a proposal by Boeing designed to prevent the kind of problems about which the FAA worried. The FCC took Boeing’s suggestion to create a “guard band” that would keep 5G far away from the altimeters and doubled its size from what Boeing recommended. The resulting buffer was 220 MHz, a sizable amount of spectrum, equivalent to what in other frequencies could hold 36 traditional analog television stations, or almost 150 of the new digital TV signals.

Technically, this is an airwave management problem. Such challenges have arisen before when old airwaves were put to new purposes—and the problems were resolved.

Politically, this is a government management problem. The FAA was not caught off guard. There was, after all, a lengthy deliberation process at the FCC. This was not a situation where the FAA waited until the last minute—and a new administration—to raise their concerns. As far back as 2018, these issues had been formally raised with the FCC by those affected.

Operationally, the FAA’s early awareness of the issue begs the question: why the agency did not immediately begin working with the airlines to mitigate the problem of altimeters that had been made without adequate filters for errant radio signals?

Legally, the question is why, after the FCC’s 2020 decision, the FAA (or one of the airlines) did not go to court to challenge the FCC decision. There is hardly a major decision of the FCC that doesn’t end up in court. Typically, the plaintiffs are acting to protect their economic interests.  If this was such a safety risk, and the FAA was being ignored, why did not it make that complaint to a court of competent jurisdiction?

Governing is About Making Decisions

It turns out the FAA had escalated these issues to a White House process during the Trump administration. In December 2020, nine months after the FCC’s decision and one week before the FCC’s auction for use of the airwaves was to begin, the FAA wrote the National Telecommunications and Information Administration (NTIA), a branch of the Commerce Department, about its concerns. The NTIA is the “President’s principal advisor on telecommunications and information policy.” As such, it is the official conduit between the White House and those agencies charged with, among other things, spectrum policy.

December 2020, of course, was the last full month of the Trump presidency. From the outside, it appears the focus inside the White House during this period was dominated by the president’s “Stop the Steal” obsession. The letter “was never passed along to the [FCC] and to wireless companies,” The New York Times reported.

The job of those elected to govern is to indeed govern. Beyond the turmoil in the White House, the apparent failure of the “President’s principal advisor” to engage the White House on this issue is not surprising. The head of NTIA had been fired in May 2019 in a dispute over spectrum. For the last 20 months of the Trump administration four interim leaders rotated through NTIA.

The disagreement between the FAA and the FCC was not unusual. Federal agencies often disagree with one another based on how an action could affect their parochial interests. As the head of government, it is the role of the president and his White House advisors to referee among those interests to determine what is the national interest.

When it comes to spectrum, differences in positions are traditionally worked out through a national spectrum plan established by the White House, which the Trump administration promised but never delivered. In October 2019 (five months into NTIA being without an Administrator) President Trump ordered NTIA to produce a national spectrum policy within six months. It never happened. The conflicts between the FAA and the FCC should have been resolved by that process—but the process never got off the ground. The failure of the Trump White House to act effectively gave the FAA the opportunity to relitigate the issues involved.

Instead of meaningful spectrum policy management, the Trump administration produced slogans. Airwave policy was all about “The Race to 5G” that the U.S. had to win against China. If 5G is a “race,” however, those in power need to know the racecourse and clear the path. Failure to accomplish those basic goals represents a spectacular failure to govern.

The Trump FCC also declared the C-band decision one of their major successes. After the FCC reallocated C-band for mobile use, it sold licenses to use the airwaves for $81 billion and declared victory.  A Google search turns up a tweet from the Trump administration’s FCC Chairman declaring the agency’s C-band actions “a success story.”

When the prior administration’s failure to resolve the interagency dispute ended up putting at risk the wireless companies’ $81 billion and threatening the economic growth promised by 5G, President Biden and his aides stepped up. “What I’ve done is pushed as hard as I can to have the 5G folks hold up and abide by what was being requested by the airlines until they could more modernize over the years, so 5G would not interfere,” President Biden explained in his January 19 press conference. Like the decision or not, that is leadership.

Getting to a Solution

The temporary solution will keep C-band 5G two miles away from potentially affected airports. This means an estimated 90 percent of the new network can still come online. The good news is that the 5G interference problems can be solved with new or retrofitted aircraft altimeters. The bad news is that fix is going to cost money precisely at the time when commercial airlines are struggling. It should not be overlooked either that the wireless companies will not be receiving the full benefit of what they paid billions for.

At some point in time soon, one should expect the airlines to seek recompense. At this point, it appears the smaller regional jets are a locus of concern. That these are small contract companies operating under the livery of the big airlines will only increase the pressure for a third party to foot the bill. There are only three potential parties to look to: the financially struggling airlines, the wireless companies who paid $82 billion for what they were told was usable spectrum, and the federal government who pocketed the spectrum sale proceeds.

Beyond who pays is the question of the fix. Interestingly, there are no official standards for radio altimeters. Thus, the FAA has had to make its judgements based on theoretical worst-case models. The FCC engineers, after reviewing a study by the Aerospace Vehicle Institute, concluded, it “does not demonstrate that harmful interference would likely result under reasonable scenarios” or even “reasonably ‘foreseeable scenarios.” Because there is no altimeter standard, the FCC engineers observed, “there may be a large variation in radio altimeter receiver performance between different manufacturers,” and encouraged the aviation industry “to take account of the RF [radio frequency] environment that is evolving.”

The current difficulties did not have to happen. There are now altimeter standards on the way, but they will not be available until October 2022. In the meantime, the FAA has cleared almost 80 percent of the domestic aircraft fleet for use around C-band. Efforts at standards and altimeter inspections could have begun several years ago when C-band was first scheduled for reallocation for 5G.

As for how to pay for the altimeter fixes, the Trump FCC had the solution at hand, but failed to use it. The C-band reallocation also inconvenienced another industry: the satellite licensees that had been using the spectrum. The FCC required those who bought the new licenses to pay the satellite companies to retrofit their systems. Something similar could have easily been designed into the FCC’s C-band decision to pay the airlines for their altimeter retrofit.

The future of wireless is 5G. It will be important for the continued growth of the economy, new services for consumers, and all kinds of new applications for large and small enterprises. That the much-heralded “Race to 5G” should be held back because of a lack of proper policy coordination by the originators of the “race” slogan is inexcusable. The 5G debacle demonstrates that governing is more than slogans and bromides.