Did Mobile Data Prices Fall In India Due To Modi Govt? A FactCheck 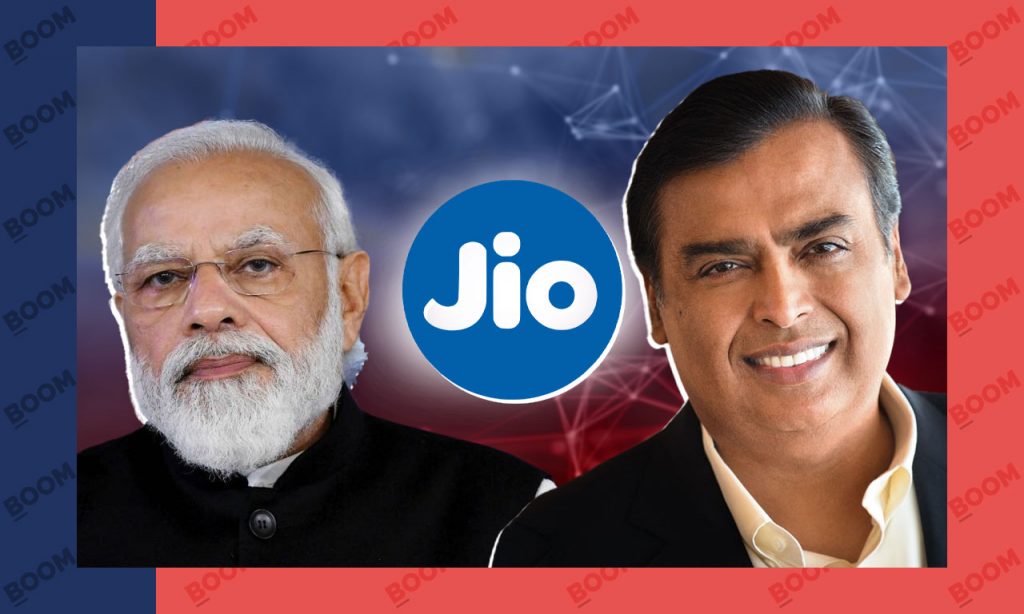 During a recent poll campaign speech in Gujarat, Prime Minister Narendra Modi claimed that his government drastically brought down mobile data prices. Modi said this at at a political rally in Gujarat’s Valsad district where he was campaigning for the upcoming assembly elections in the state. The prime minister used the opportunity to take potshots at the Congress party who are also one of the principal opponents to the BJP in the state.

The text of Modi’s speech related to the claim, originally in Gujarati can be seen below.

Even though Modi did not mention the launch of Mukesh Ambani’s Reliance Jio in 2016 and the deep price war, the numbers shared by him are correct. There has been a drastic fall in the price of data per GB over time, according to publicly available data.

But while the claims are correct, the reduction in data prices have more to do with the price war unleashed by Jio in 2016 and the launch of 4G services that helped telcos to utilise spectrum more efficiently. While Jio launched services in 2016, its journey as a telecom player began in 2010.

When Jio rolled out its service in September 2016, it did so by offering 4G data and voice services in bundles unseen before. This included free calls, no pan-India roaming charges and paying solely for data in one consolidated payment plan, costing ₹50 per GB on average. The company also offered daily data quotas available through ten simple data packs at its inception in a market that made features like data, voice and roaming modular and charged consumers separately for each of them.

Jio also did so in a market where there were other players too, like Vodafone, Idea, Bharati Airtel, Aircel, Telenor, the government’s BSNL and MTNL and Anil Ambani’s Reliance Communications.

A price war is defined as a market tit-for-tat action where players try to undercut each other in pricing to gain market share. Jio could sustain it on its terms as it was backed by the deep pockets of the RIL corporate behemoth. But it sounded the death knell for several standalone telecom players who had to adapt to the model put forward by Jio in order to survive.

The impact of the price war was two-fold.

First, it led to a market consolidation as smaller telecom players with regional heft could not compete at these cheaper prices. Vodafone and Idea merged in 2018 to create a telecom giant of more than 400 million consumers (many of which it would go on to lose). Bharati Airtel withstood the brutal competition as it had relatively stronger financials and bought Telenor’s business in India. Aircel and Reliance Communications declared bankruptcy and are currently being liquidated.

Also Read: How Iran Is Benefitting From The War In Ukraine

However, the fall in data prices can also be attributed to the nature of 4G services itself, where carriers find it cheaper to deliver faster speeds due to more efficient use of spectrum.

A report highlights that according to the International Telecommunications Union – which is an arm of the United Nations – each generation (like 2G, 3G and 4G) of wireless telephony is able to let carriers offer better and faster services than previous generations at prices that are cheaper.

Therefore, pre-Jio, while consumers paid higher prices for 3G, the post-Jio price war heralded 4G telephony at cheaper prices by the carriers that actually remained in the market. Therefore, the drastic fall from near ₹300-levels for per GB of data eight years ago to near ₹10 per GB currently was aided by the faster adaptation to more spectrum efficient technology by the telcom companies.

While the Jio-effect largely defines the beginning of the 4G era in India, the above-mentioned report also highlights the 4G experience in foreign markets, specifically in the United States. There, cheaper 4G network costs were not passed on to the consumers, adding that “4G services and technology are very profitable for carriers”. US mobile carriers were able to keep margins higher and extract higher prices from consumers for 4G relative to their 3G offerings despite the costs for data on their network actually going down.

It even highlights some carriers actually charging more for 4G despite it being costwise-cheaper for the carrier over a 3G plan (like Republic Wireless’ $40 4G plan over its $25 3G plan). The US market also did not witness a phenomenon were carriers tried to offer cheaper services in an attempt to poach each others’ customers as carriers remained happy with multiplicative profits.