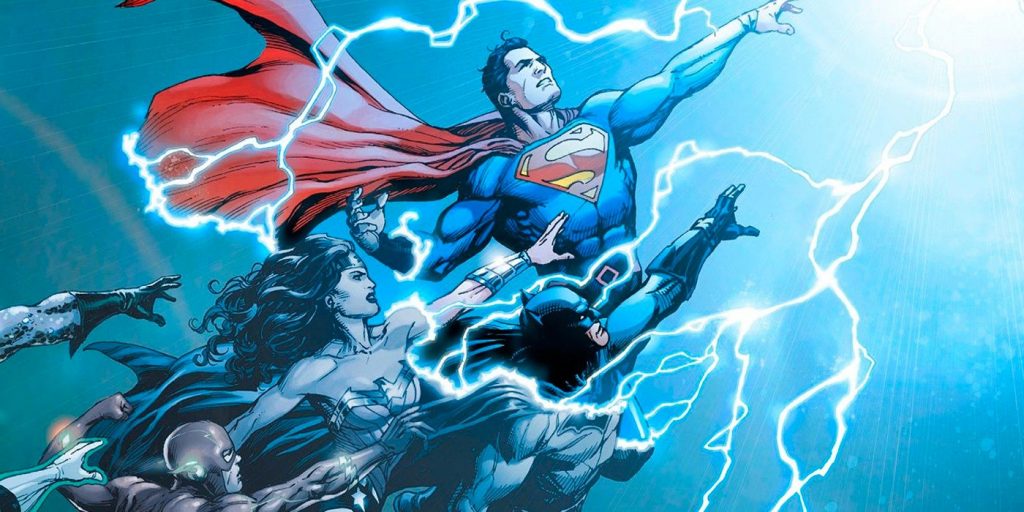 DC’s 5G reboot was abandoned but what didn’t work for comics could be the key to DC’s movies competing with the MCU.

Infinite Frontier marked the end of DC Comics‘ controversial 5G initiative. Future State repurposed many of the reboot’s ideas for its two-month event and characters made for 5G, like Jace Fox and Yara Flor, will now have their time to shine in Dark Crisis. Nevertheless, the radical overhaul of the DC timeline, having it span across multiple decades, is no more.

That doesn’t mean it should be scrapped altogether though. The idea of having iconic characters like Batman and Superman age in real-time and be succeeded by the next generation makes sense in a certain context. Comic books are not the right medium to have these iconic characters experience time as we do. Eventually, they would disappear altogether and that simply cannot happen. No, the true blueprint for 5G’s success comes straight from Marvel and the MCU.

The Marvel Cinematic Universe has effectively done what 5G set out to do already. Big iconic characters like Captain America and Thor are already finding successors as they grow older, with both Sam Wilson and Jane Foster adopting their mantels. Spider-Man too is aging in real-time. When introduced in Captain America: Civil War in 2016 he was still just a kid. With the release of Spider-Man: No Way Home, however, Peter Parker is finally growing up and moving to college. These changes are only to be expected, as actors can’t stay in the roles forever.

That’s why 5G would be perfect for DC’s own answer to the MCU. It’s clear that the comic book giant’s own attempts at a cinematic universe aren’t going how they hoped. The DC Extended Universe that began with 2013’s Man of Steel has now suffered from so much ill-planning that they’re already seeking to reboot many elements of the universe, like Ben Affleck’s Batman, with The Flash next year. Zack Snyder’s Justice League didn’t help the already rocky reputation of the DCEU either, with many fans calling for Snyder’s original vision to be realized instead of the current plans for the cinematic universe.

At this point, it may be best for DC to start over and create a new, more coherent universe. Compared to Marvel, many parts of the DCEU were rushed. Rather than create a Man of Steel sequel and a Batman solo movie, DC rolled them into one with Batman v. Superman: Dawn of Justice. Major Justice League members like Aquaman and Flash didn’t get solo movies until after that team’s film came out, with the latter’s cinematic outing still suffering from multiple delays.

RELATED: Whatever Happened to DC’s 5G Initiative? – And Why It Still Matters to DC’s Future

In comparison, the audience response to Robert Pattinson’s Dark Knight in The Batman, which has no connection to the DCEU, has been much more positive overall. The fact that his version of the character is only in his second year as a crime fighter also shows that he could go on for a number of years, and perhaps even build a vast and diverse Gotham like the one seen in the comics. There’s even potential for a cinematic Bat-Family, especially with other spin-off projects like the HBO Max series that will develop this Gotham currently in development.

The Batman could be the start of DC’s MCU and all they have to do is follow the guide already provided by 5G. This Batman alongside new, young versions of Superman, Wonder Woman and the rest of the Justice League. When they grow older or the actors wish to retire from this alternative cinematic universe, they can be replaced by their logical successors. Dick Grayson, Jace Fox and Terry McGinnis could all be Batman in one coherent timeline. Likewise, imagine watching Jonathan Kent grow up in real-time, across multiple movies, then finally taking his place as Superman. It would be triumphant.

Marvel’s MCU keeps on growing. With characters like Moon Knight and She-Hulk being introduced soon, it’s clear that a vast universe can be created by spreading out these characters naturally over multiple years. There’s no rush, which is arguably the DCEU’s mistake. DC’s movies could gradually build up multiple generations in one vast and compelling movie universe. 5G proves that. It may not be compatible with the comics but its real-time framework is perfect on a cinematic scale.

Andrew is a writer, artist and typical nerd based in Northern Ireland. With an MA in Creative Writing, they hope to one day combine these passions to form a creative endeavor that is not only enjoyable to produce but publishable too. Andrew can usually be found with a cup of Earl Grey in hand and an episode of Doctor Who on.
Contact Email: aherbisonwrites@gmail.com