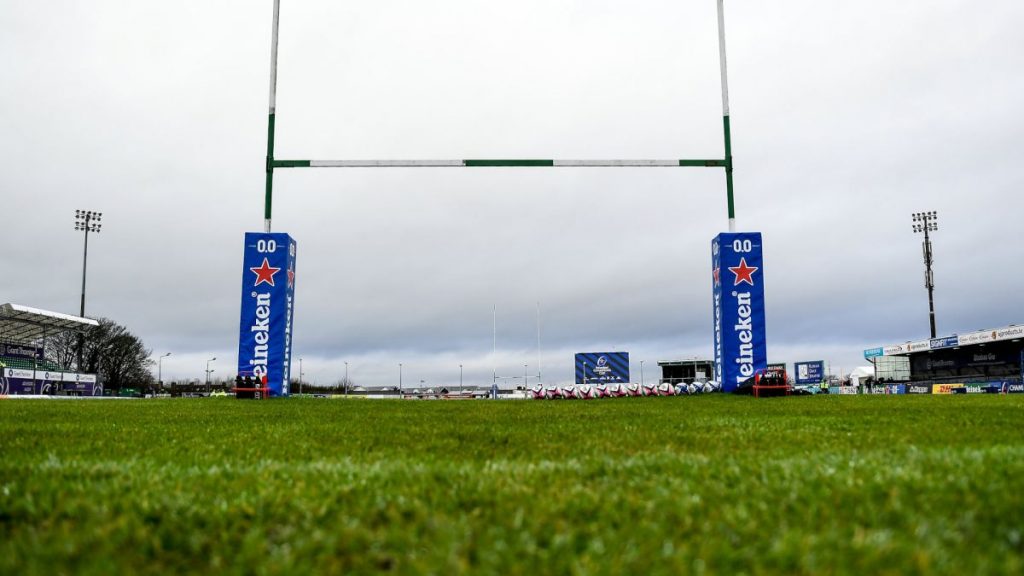 The last 16 of the Heineken Cup kicks off this Friday with a blockbuster of a match – Connacht vs Leinster. Both teams will be keen to lay down a maker in the 1st leg, ahead of the 2nd leg on 15th April. Make sure you know how to watch a Connacht vs Leinster live stream from where you are.

All eyes will be on Galway Sportsground come Friday night for the first installment of the Heineken Cup Round of 16. The early team news is in and Johnny Sexton is expected to be available for Leinster. The Ireland captain missed his club’s 34-19 win over Munster last weekend.

“Johnny, coming back off the Six Nations, trained well this week and had a really positive energy around the place,” coach Leo Cullen said. “It’s important to have that level of competition. You remember last year Johnny got that bang in the Exeter game and you’ve less numbers to manage.”

Meanwhile, Connacht head coach Andy Friend says the his side have “nothing to lose” in what will be the westerners’ first ever Heineken Champions Cup knockout clash. Connacht fans will be further buoyed by the news that Friend has over 40 players available for Friday’s first leg including Ireland centre Bundee Aki.

Can favourites Leinster take an early lead? Or will they come unstuck at the Sportsground? Make sure you know to watch a Connacht vs Leinster live stream from where you are.

Meanwhile, lucky US fans can stream the Champions Cup – including Connacht vs Leinster – on Peacock (opens in new tab) for only $4.99 a month.

Even if you have subscribed to the relevant Connacht vs Leinster rights holders, you won’t be able to access them when outside your own country. The service will know your location based on your IP address, and will automatically block your access.

A Virtual Private Network (VPN) helps you get around this obstacle. VPNs are a doddle to use and create a private connection between your device and the internet. All the information passing back and forth is entirely encrypted.

There are many VPN providers out there, with some more reliable and safe than others. As a rule, we’d suggest a paid-for service such as ExpressVPN (opens in new tab) which offers a 100 per cent risk-free money back guarantee. If you’re not happy with the service any time within the first 30-days, then you can cancel with no penalties at all.

Using a VPN is incredibly simple:

1. Install the VPN of your choice. ExpressVPN (opens in new tab) is the one we recommend.

2. Open up the VPN app and choose the location of the service you wish to access. For Champions Cup rugby, you may wish to choose ‘USA’ for Peacock, or ‘Australia’ for Kayo Sports.

3. Then head over to Peacock (opens in new tab) or Kayo Sports on your browser or device and enjoy the Connacht vs Leinster live stream.

BT Sport has the rights to show 2021/22 European Rugby Champions Cup games – including Connacht vs Leinster – in the UK.

Existing BT customers can upgrade to the sport channels for as little as £15 per month. Non-BT customers can get a BT Sport Monthly Pass (opens in new tab) for £25 a month and enjoy all four BT Sports channels contract-free.

Sky TV users can also add BT Sport to their existing package from £30 a month, but that will not include any 4K viewing. It’s also worth looking out for bundled Sky Sports and BT Sport deals.

Outside the US this week? Simply use a use a VPN (opens in new tab) to access all your favourite local streaming services from wherever you are in the world.

Peacock TV gets you full coverage of the European Rugby Champions Cup, plus selected Premier League soccer games, Champions League games, Premiership Rugby, blockbuster movies and TV boxsets such as The Office. It’s one heck of a deal.

Foxtel’s streaming-only platform, Kayo Sports (opens in new tab), is the best way to get a European Rugby Champions Cup live stream in Oz. The respected streaming service covers over 50 sports and will offer a Connacht vs Leinster live stream.

The Basic package costs $25 a month while Premium, which works across multiple screens, costs $35 a month. Both come with a a free 14-day trial (opens in new tab). There’s no lock-in contract, so you can cancel at any time.

The all-Irish European rugby clash will be live on BT Sport 1 from 7.15pm on Friday (8pm kick-off). The BT Sport Monthly Pass (opens in new tab) (€30/month) provides contract-free access to BT Sport 1 on your computer, laptop or mobile device.

Qualification for the pool stage of the 2021/22 Heineken Champions Cup depends on a club’s final position in their respective national/regional league. The only other way to qualify is by winning the second-tier Challenge Cup, as Montpellier did when they beat Leicester Tigers in May of this 2021.

The first ever Champions Cup winners were French side Toulouse, who defeated Cardiff 21-18 in a tightly contested final at Arms Park, Wales, in front of 21,800 spectators.

Toulouse have won the Champions Cup a record five times and reached the final a record seven times. Leinster have won four, while Saracens and Toulon have won three each.

The tournament was called the Heineken Cup between 1995 and 2014, before its name was changed to the European Rugby Champions Cup. Dutch beer giant Heineken returned as the main sponsor for 2018/19, signing a four year deal to rename the event the Heineken Champions Cup.