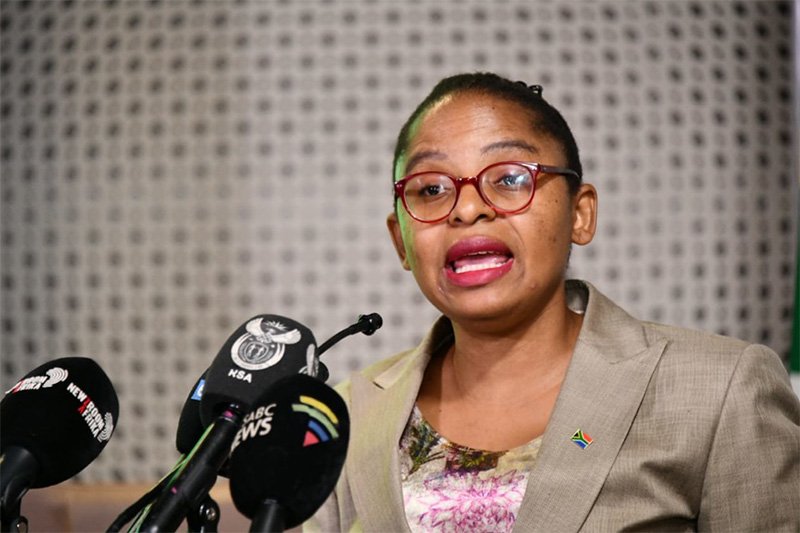 Communications minister Khumbudzo Ntshavheni’s strained relationship with the South African Broadcasting Corporation (SABC) grew tenser after only two SABC board members agreed to withdraw a recent statement from the broadcaster.

According to a City Press report, only chairperson Bongumusa Makhathini and CEO Madoda Mxakwe were willing to withdraw the statement during a meeting organised by the minister on Friday, 1 April 2022.

Ntshavheni called the meeting as she believed the SABC’s statement besmirched her political credentials.

A departmental insider told City Press that the SABC’s statement had disrespected the minister and damaged her political reputation.

Following the statement, Ntshavheni removed her signature from SABC performance reports, raising concerns that the public broadcaster may no longer receive financial assistance from the state.

The statement, released on Friday, 25 March 2022, highlighted the broadcaster’s concern over the slow rollout of set-top-boxes (STBs) required for South Africans to access free-to-air broadcasting once the switch-off had been completed.

While households with satellite-based services or newer digital TVs are not affected, estimates suggest that millions of South Africans could be cut off from TV broadcasts when the analogue switch-off date arrives.

Shortly after the SABC’s statement, the Independent Communications Authority of South Africa (Icasa) delayed the final switch-off date to the end of June.

Icasa announced on 28 March that the analogue switch-off would enter a “transition period” on 31 March 2022, which would last until the end of June.

The decision was made as provisional spectrum licences given to mobile network operators involving these frequencies are valid until 30 June.

“The Council of Icasa has resolved that the period 1 April 2022 to 30 June 2022 shall constitute a transitional period for broadcasting service licensees and signal distributors to ensure a seamless transition process for the switch-off of the remaining analogue transmitters,” the regulator said.

The SABC said it still supported digital migration but requested the final switch-off date — initially set for 31 March 2022 — be postponed as only 5.7% of households in the remaining provinces have had STBs installed.

“The four provinces designated for switch off on 31 March 2022 comprise 68% of South Africa’s population,” the broadcaster wrote.

“This number is simply too low for the SABC’s analogue TV services to be switched off in the four largest provinces, at this stage,” it added.

The SABC added that the premature switch-off of analogue TV could impede its plan to ensure its long-term financial sustainability and fulfil its public mandate.

Earlier in March, civil society organisations began protesting the analogue switch-off, claiming it would leave 14 million people with no access to free-to-air broadcasts.

However, this figure is disputed.

In hearings for a court case E-tv brought against Ntshavheni, the minister revealed that at least 261,000 indigent households who had applied for STBs after the 31 October  2021 deadline would not have them by the cut-off date.

Before the SABC raised its concerns, E-tv launched legal action to try and force Ntshavheni to delay the analogue switch-off.

A full bench of the Pretoria High Court ruled that the switch-off should be delayed, but only until 30 June 2022. The ruling was issued within hours of Icasa’s announcement on 28 March.

The court also ruled that the government had done enough, within its powers, to help qualifying households obtain a set-top box.

It ordered that the 261,000 households who had applied late for their STBs must have them by 30 September.

“It is in the interest of the country, the economy, and for South Africans in general that the digital migration be finalised,” the ruling stated.

Now read: What Netflix offers South African filmmakers no one else can