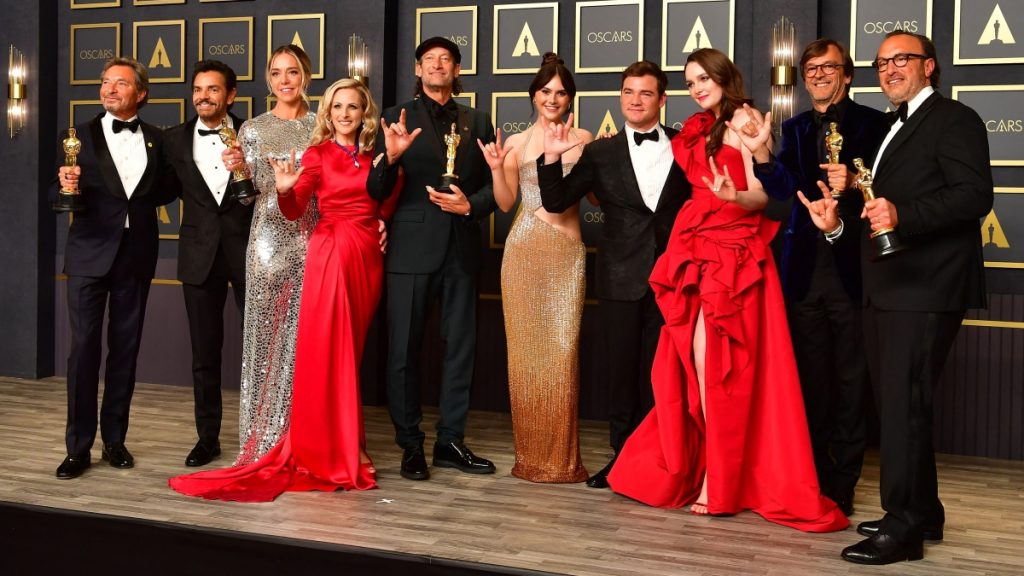 The Oscars happened Sunday night … maybe you heard? Aside from that one noteworthy moment, which we won’t get into here, it was a night of historic firsts and historic wins.

Troy Kotsur took best supporting actor for his performance in “CODA,” the first deaf man to win an acting Oscar. The movie also won best picture honors, marking the first time the biggest prize went to a streaming service — in this case, Apple TV+. It was a tectonic shift for an industry that was slow to embrace these platforms.

It used to be that winning best picture gave a movie an edge at the box office. But making money on the flick isn’t really what Apple is going for, per Rebecca Keegan, senior film editor for The Hollywood Reporter.

And an Oscar for “CODA” likely won’t attract many long-term subscribers either, said Ross Benes, an analyst for Insider Intelligence.

“Apple TV+ has one of the highest cancellation rates among streaming services because there’s nothing there. You can watch everything on the service within a few months and then cancel it,” he said.

Competitors Netflix and Amazon Prime have giant libraries, but Apple’s strategy has been to invest exclusively in a small number of high-end original productions. Winning big awards reinforces its brand of quality over quantity, said Charles Schreger, a marketing professor at New York University.

“They get bragging rights” with artists in the industry and discerning consumers, Schreger said. He compares it to what HBO did with prestige television in the cable era.

“‘The Wire’ is one of those shows that people talk about, but not many people have seen. But you feel good as a consumer about being a part of that club.”

For tech giant Apple, that club is about a whole ecosystem of premium products and services — one that now includes feature films.