China forges ahead for brighter future in digital economy 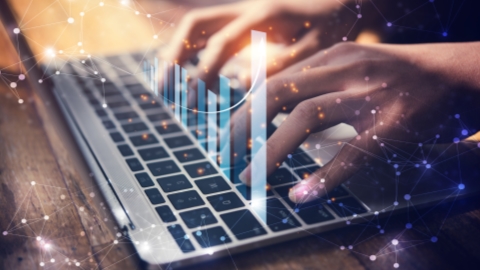 Three years into the pandemic, when it is imperative for the world to reboot the sluggish economy, China has made headway in digitizing the economy to dynamic growth, according to experts and enterprises.

China fronts the world in the development of the digital economy, according to Qian Kun, senior vice president and general manager of Qualcomm Technology Licensing (QTL) China. He made the remark at the Boao Forum for Asia (BFA) Annual Conference 2022.

He envisioned that the global digital economy will rank in at 1.3 billion US dollars in 2035, while China will take up over 10 percent of the total by then. “The economy will be sizable and profitable,” Qian added.

In China, digital economic activities have grown exponentially in the past years and have gradually become one of the dominant forces in the national economy.

In 2020, China’s digital economy maintained a high growth rate of 9.7 percent to 39.2 trillion yuan (about 6.16 trillion US dollars), reaching upwards of an estimated 38.6 percent of the national GDP.

As part of the digital information infrastructure, the number of 5G base stations in the country totaled 1.43 million as of early March. The number of 5G users topped 500 million.

China has made the development of the digital economy a national strategy since 2012, and released detailed roadmaps and incentives to shore up the sector.

“With these efforts, Chinese companies got the chance to give full play to their capabilities, gaining an upper hand in the global market,” Qian said.

However, experts also warned of the risks behind the continuous emergence of cutting-edge technologies and tremendous data flows.

“Despite the high-speed growth during the past years, we must recognize that problems like data abuse, excessive data mining and disordered data processing exist,” Lu Jinghui, chief security officer of Vivo Mobile Communications Co., Ltd., said at the BFA.

To govern the energetic yet nascent sector, China has rolled out multiple regulatory measures in a timely manner, preventing it from being free-wheeling while maintaining its vigor.

In an effort to rein in anti-monopoly in the digital era, the country initiated multiple anti-trust and anti-unfair competition probes as well as data security checks on major platform firms, from Internet and tech giants to e-commerce companies.

China has also been active in seeking cooperation with the international community to promote digital trade and governance.

The application to join DEPA is in line with China’s direction of further deepening domestic reform and expanding high-level opening-up, and will help the country strengthen digital economy cooperation with other members, according to the Ministry of Commerce.

“We appreciate China’s application to join the Comprehensive and Progressive Agreement for Trans-Pacific Partnership and DEPA,” said Damien O’Connor, Minister for Trade and Export Growth of New Zealand, noting that China has become New Zealand’s largest e-commerce market since the bilateral free trade agreement (FTA) came into effect in 2008.

He also expected that the upgraded bilateral FTA that take effect recently will further facilitate the digital trade between the two sides.

Moreover, the country is willing to share its digital dividends with the rest of the world. The country has offered digital aid in the form of technology, equipment and services to less developed countries.

According to a white paper titled “China and Africa in the New Era: A Partnership of Equals,” Chinese companies have participated in a number of submarine cable projects connecting Africa and Europe, Asia. More than half of the continent’s wireless sites and high-speed mobile broadband networks were built by Chinese companies.

In total, more than 200,000 km of optical fiber has been laid, giving broadband Internet access to 6 million households in Africa, and serving more than 900 million local people, the white paper said.

Countries in the world should work together to jointly boost the development of the digital economy at this crucial juncture, said Damien O’Connor.