Chicago Blackhawks TV voice has epic slip of the tongue 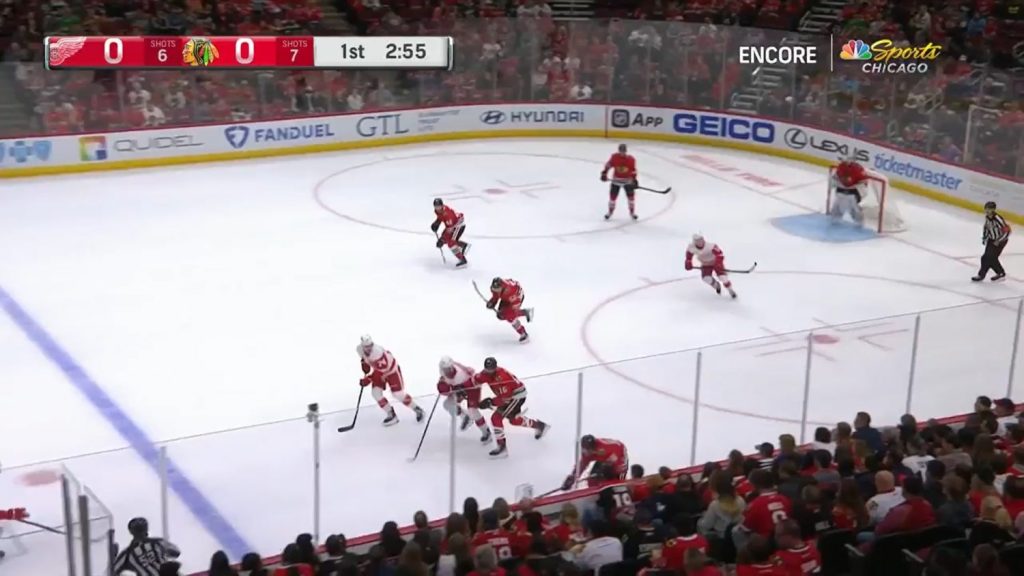 The puck dropped on the NHL preseason last week. Chicago Blackhawks play-by-play voice Chris Vosters reminded us that it’s the preseason for broadcasters too.

During the Blackhawks‘ third game of the preseason against the Detroit Red Wings Saturday night, Vosters stumbled on an epic malapropism to rival the great “bulging d*ck” gaffe that has tripped up so many sportscasters over the years.

“MacKenzie Entwistle picks up the puck in his own zone, takes a hard sh*t!” Vosters appeared to say during the first period of Saturday night’s broadcast. And despite DK Metcalf recently proving pro athletes can require midgame bathroom breaks, Entwistle didn’t appear to be dealing with the same issue. Vosters quickly corrected his commentary to say, “Hard hit.”

Considering how often the words ‘shift, shot and hit’ are used during a hockey broadcast, it’s kind of surprising Vosters’ blunder doesn’t get echoed more often by other broadcasters. Or maybe it does, and I’m just not aware of it.

Analyst Patrick Sharp joined Vosters in ignoring the malapropism by continuing to call the game as if an s-bomb didn’t just hit the airwaves. It was a nice display of support from Sharp as the Blackhawks use the preseason to usher in a new broadcast booth for NBC Sports Chicago.

Vosters worked part-time for the Blackhawks last season, but was recently named their lead TV play-by-play voice. He replaces Pat Foley, who retired earlier this year. With the retirement of Foley and the departure of Eddie Olczyk to Seattle, Vosters, Sharp and Troy Murray complete the Blackhawks’ revamped TV booth for the 2022-23 NHL season.