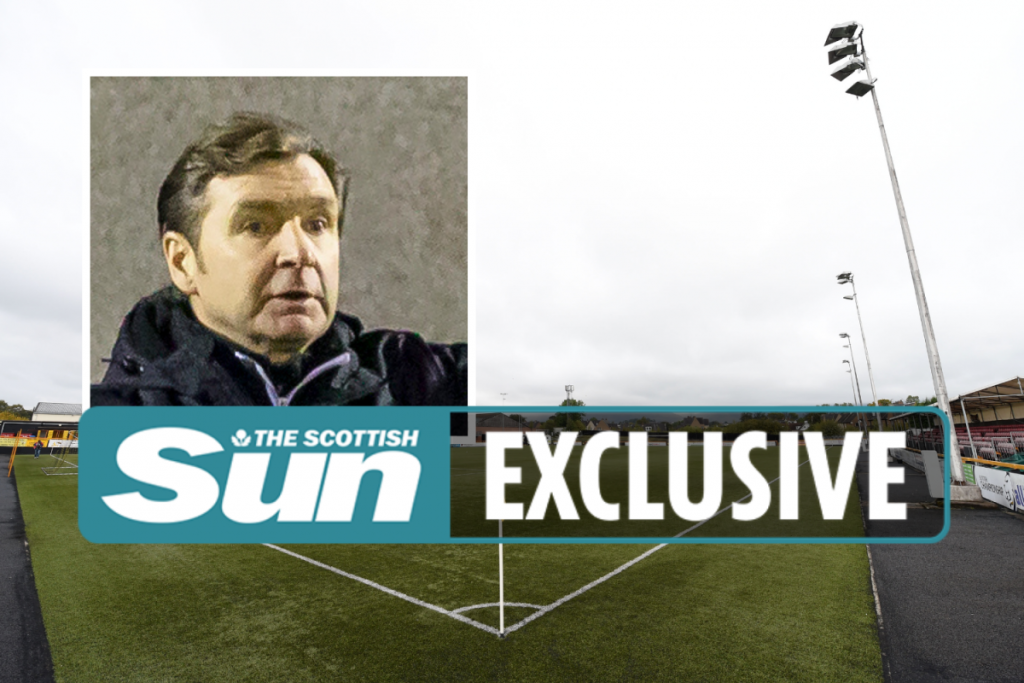 PETER GRANT knows Alloa’s humble Indodrill Stadium may not be to every Celtic player’s liking.

But the former Hoops idol is convinced they’ll LOVE the massive pitch —  even if it is 4G.

Grant, who bossed the Wasps for two years, changed their playing surface from one of Scotland’s smallest to the biggest in the country when he took over in 2019.

That’s why he reckons the likes of Jota, James Forrest, Liel Abada and Mikey Johnston will appreciate the wide open flanks.

But the ex-Scotland No 2 also warned Alloa won’t be in awe of Ange Postecoglou’s men.

The 56-year-old told SunSport: “People will always talk about 4G being a leveller.

“But, listen it’s as good as you’ll get. It’s a fantastic pitch and a great size.

“I think it’s the biggest pitch in Scotland, bigger than Hampden.

“That’s how I wanted it. From the smallest park, we made  it as wide as possible.

“Once they’re on it no player can argue. Obviously, it’s not grass but I’ve seen a hell of a lot of grass pitches at this time of year being far from the best.

“Jota and the like will be happy, I’m sure, with the amount of room on the flanks.

“It’ll suit Celtic and the way they’re playing, which I like. Celtic are set up to have a go in every game and that’s the way it  should be.

“It was when I was a Celtic player and it’s what the fans want.

“They play with such energy and right now they’re impressive.

“But most of the Celtic boys won’t have seen a facility like the Indodrill.

“There are far worse places to go. It’s welcoming and the facilities are as good as they can be for its size.

“I used to laugh when folk complained about it but other teams would come and play well on it.

“If you want to make it an excuse, you can. As someone brought up on grass, though,  I give it the thumbs-up.

“Good players can handle the ball on any surface — the Celtic boys certainly can.”

Grant — in limbo after leaving Dunfermline in October —  added: “I’m delighted Alloa got such a glamour draw.

“Mike Mulraney’s a fantastic chairman and I really enjoyed my time at the club.

And he admitted: “It will be tough for Alloa – but what have they got to lose?

“I want Celtic to win but I’d also like to see Alloa give them a  game and come out of it with credit.

“The players are part- time but their commitment to the Alloa cause is fantastic.

“Lads like  big Andy Graham, the captain, and Kevin Cawley — who’s a great Celtic man —  have been stalwarts for them.

“You’ve got wee Pat the kitman and Paddy Connolly too — also both big Celtic men!

DIARY DATE When is the Scottish Cup fifth round draw? Is it on TV, can I live stream it and who is still in the competition?

“Then there’s Joyce on the pie stall, a lady devoted to the club.

“When I was there she told me she was a Celtic fan but now Barry Ferguson’s in charge it’ll be Rangers!”

Alloa famously beat the Gers in a Challenge Cup semi at the Indodrill in 2014.

And Grant warned: “They give everyone a game there and won’t fear Celtic. I’m confident the players will get in about them. They won’t stand back and admire big names.

“I remember Dundee United coming when they were unbeaten and running away with the league.  We turned them over.

“The lads are experienced pros who won’t be frightened. They’ll want to put in a performance for themselves and the club.”