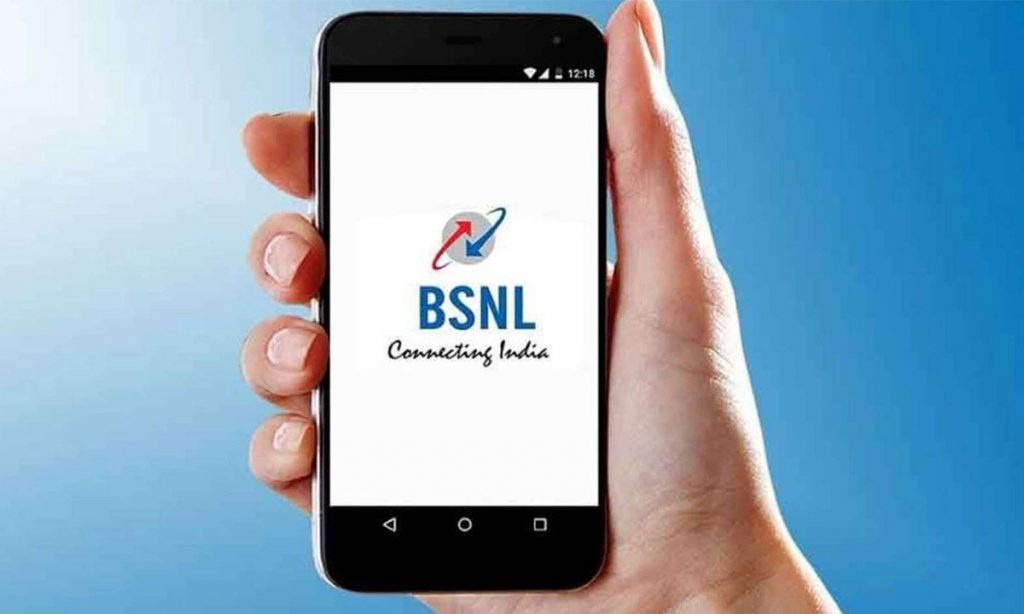 October 1, 2022, marks the 22 years of formation of Bharat Sanchar Nigam Limited (BSNL). It has seen glorious past and its future is heavily dependent on its 4G. Though it was the first to launch 3G, it is the last to launch 4G. Government and BSNL are pinning their hopes on the success of 4G. BSNL is going to install one lakh 4G sites. In the recently announced revival package, government has allotted Rs 67,464 crores (Rs 44,993 crores for spectrum+ Rs 22,471 crores for 4G capex) for this chosen focused area. The first tranche of Rs 5,000 crore of revival package has been released by the government recently. This article analyses various issues connected with the success of BSNL’s 4G.

Difference between 3G and 4G

4G networks are based on a pure data connection over an end to end IP connection. All the traffic, including voice, is transported in data packets on 4G networks, unlike 3G. In the 3G network, voice is transmitted on circuit switched core to PSTN and data is transmitted on packet switched core to the IP network. There is no circuit switching in 4G.

BSNL had issued a tender for planning, testing, deployment and maintenance of the 4G network. The consortium of TCS (for Software support and System Integration), CDOT (for Core technology) and Tejas (for Radio network) was selected by BSNL for implementing BSNL’s 4G project. TCS is the lead partner. The POC (Proof of Concept) was successfully conducted by the consortium in BSNLs Ambala and Chandigarh networks.

First call on the network

The first IP video call on this network was made on October 11, 2021, by the Telecom Secretary. The call was received by the Minister of Communications. Data browsing and video streaming was also demonstrated.

CDOT has built the indigenous 4G core using commercial off the shelf (COTS) hardware, without any proprietary lock-ins. Its 4G core is virtualized and it is futuristic cloud based software implementation to achieve:

• Reduction of OPEX, low cost for the future updates and upgrades

• Support for NB IOT and M2M

• Separation of Control and User Plane

The core equipment consists of:

The access network is a Software Defined Radio (SDR) implementation which is expandable to new frequency bands and upgradable with new features through software only upgrades.

2. Strengthening of backhaul for 4G

BSNL should complete the fiberization of towers before the 4G service is launched so that customers can get full advantage of 4G. Recently BSNL has initiated the process to sell 17,000 towers to tower companies. They are located at important locations and 70 per cent of these towers are fiberised. BSNL should lease-in the towers wherever required from these tower companies.

BSNL will provide 4G service in 24,680 uncovered villages. In the recently announced BSNL revival package, the government has earmarked Rs 23,616 crores for this activity and USOF (Universal Service Obligation Fund) will meet this expenditure. BSNL has floated the tender inviting bids for the erection of GBTs (Ground Based Towers) at these villages.

The Union Cabinet approved a Rs 1885 crore project to upgrade 2343 numbers of BSNL 2G sites of Phase 1 to 4G in LWE areas, spread across ten states, utilising USOF. This upgrade will help the security personnel there to get a high speed internet facility. This project includes O&M for 5 years. After 5 years, BSNL will maintain them at its own cost.

• The USP for BSNL 4G service is it is based on indigenous technology, following the principles enshrined in ‘ Atmanirbharatha’ doctrine. In the world there are only four other countries where indigenous 4G is deployed. BSNL should prepare advertisements highlighting this unique feature of its 4G. These advertisements should raise national fervour so that all the customers supporting ‘ swadesi’ will subscribe to BSNL 4G. BSNL should rope in the organisations supporting Indian products/services for promoting its 4G.

• Savings of FOREX because of deployment of indigenous equipment is also a point in favour of BSNL.

• With respect to the National Security angle, BSNL 4G is better placed and BSNL advertisements can highlight this aspect.

• As BSNL 4G is based on indigenous technology and Indian equipment, availability of critical spares at crucial times is not at all an issue whereas the same may be a challenge for other TSPs. This advantage can be focused on BSNL advertisements.

Customer acquisition for 4G service will be crucial for BSNL which will be monitored by DOT. Apart from migrating existing 2G/3G customers to 4G, it should focus on MNP and ‘Ghar wapsi’ of its erstwhile customers, who left BSNL earlier as it was not providing 4G service.

While providing new connections, it should tie up with 4G mobile phone vendors and offer combo packages.

BSNL should ensure that an adequate number of 4G SIMs are available in its outlets and with their channel partners. It has already finalised SIM procurement. It is the personal experience of the author that adequate stock of SIMs with BSNL outlets and channel partners outlets is very much essential for the fast customer acquisitions. It should keep enough stock of 4G phones with ESIM (Embedded SIM).

BSNL should carry out MNP at the customer door steps after receiving requests from them on phone.

BSNL should take up with TRAI for introducing OTP based MNP so that 4G customers of other operators can migrate to BSNL without physically going to TSPs outlets. BSNL can arrange 4G SIMs at the customer’s door steps itself.

8. Compensation to BSNL for the delay in launching of 4G

The entire world is keenly awaiting BSNL 4G. The ‘Atmanirbharatha’ drive will get a big boost and will become a passion if BSNL 4G is a success story. BSNL is the first PSU in India to embrace ‘ Atmanirbharatha’. Hope the consortium and BSNL will put all out efforts to raise to the occasion to launch 4G service quickly and with the features and QOS on par with that of other TSPs. BSNL will be the last TSP to launch 4G and there will be a gap of about six years between first operator and BSNL in launching 4G service. The service of other operators is stabilised and matured in this time and customers are also accustomed with 4G service of other operators. To wean away the customers from them will be a real challenge to BSNL. Getting customers in uncovered villages will not be an issue when BSNL will launch 4G service there. But BSNL should necessarily supply 4G phones also with the connections in these areas.

2G mobile services started in our country in July 95. With a delay of seven years BSNL entered the 2G market in 2002. By that time the two operators were well entrenched. But within a short time, BSNL could cover the lost ground and win the hearts of the customers with free incoming facility, attractive tariff packages, removal of roaming charges for the incoming calls, transparency in billing and good coverage, especially in rural areas. It became the dominant operator and gave the private TSPs a run for their money. Hope history will repeat for BSNL in the case of 4G also!

The window of opportunity available for BSNL to get revenue from its 4G is till the private TSPs go full hog on their 5G SA (Stand Alone) service. BSNL should fully utilise this limited time.

(The author is a former Advisor, Department of Telecommunications (DoT), Government of India)