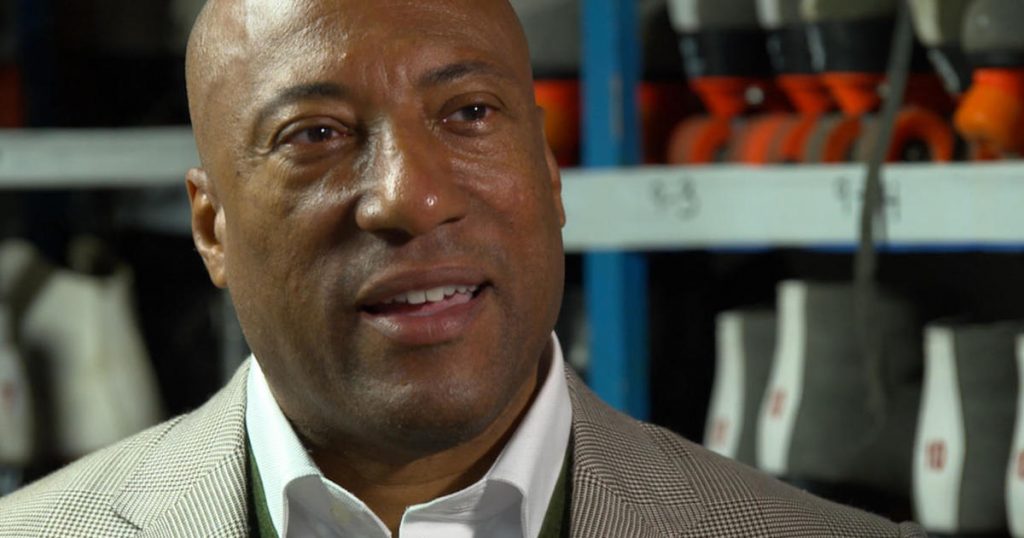 Byron Allen, head of a major media company that includes the Weather Channel, TV stations, cable networks and more, says he sees his company as leverage to affect real change in the way corporate America does business, in an interview with correspondent Lee Cowan for “CBS Sunday Morning,” to be broadcast Sunday, February 20 and streamed on Paramount+.

Allen is planning to bid for the Denver Broncos which – if successful – would make him the first Black majority owner of an NFL franchise. He tells Cowan his media company is worth billions, but he won’t sell it. He sees it as a powerful tool to help not only increase Black issue-oriented programming, but also to demand more widespread inclusion in all areas of the business world.

“Do we or do we not have economic inclusion?” Allen asked. “And the answer is no. … We have to correct the greatest trade deficit in America, which is the trade deficit between white corporate America and Black America.”

In addition to owning the Weather Channel (which has provided content to CBS News), the Allen Media Group includes 36 television stations, 12 cable networks, six streaming platforms and several distribution companies. “There are kids out there who look like me that, when they see that … it’s going to change their perspective of themselves,” Allen said of his media empire.

In a wide-ranging conversation, Allen talks with Cowan about his childhood; trying to make it as a stand-up comedian; and why he needed to own his own company.

Cowan also talks with Allen’s mother, Carolyn Folks, who said of her son, “I remember he was playing executive when he was, like, 5 and 6 years old. He had an office. And this office was in the basement.”

Allen explained: “I sat at a desk, and I just talked to imaginary executives.”

To watch a preview of Lee Cowan’s interview click on the video player below: