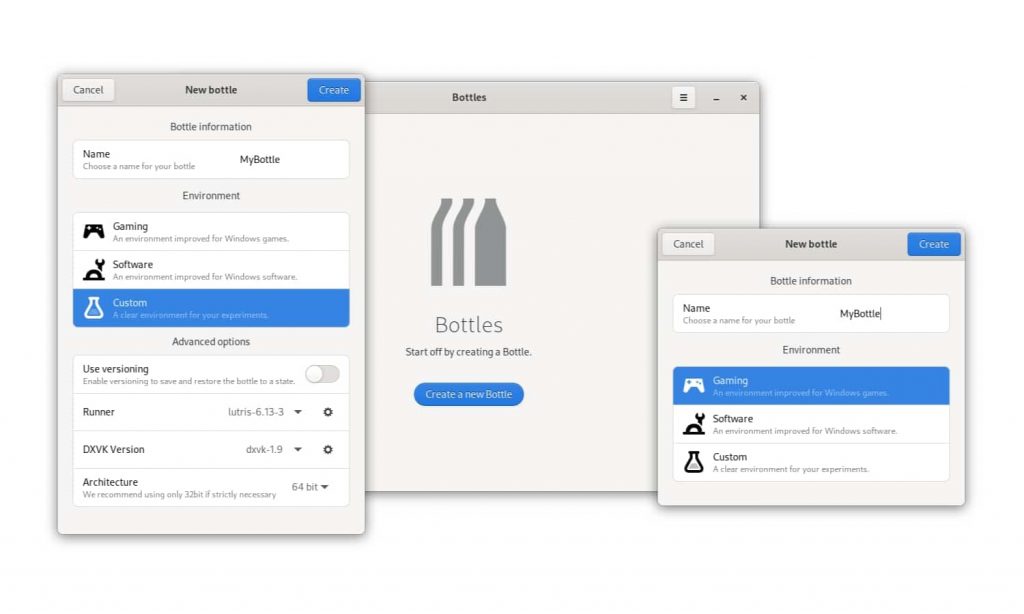 As you know, there is the WINE compatibility layer to be able to run native Windows software on Unix-like operating systems, such as Linux. Others such as Play on Linux, or derivatives such as Proton, have also been created around this project. However, it still has many problems with some specific apps or with some video games. And this is where it comes into play bottlesa project that will help improve the experience and satisfy some dependencies that WINE couldn’t.

For gamers, it must be said that Bottles also offers great advantages for the gaming on linux, as it includes support for some of the biggest video game libraries like Steam. Also, it is available under Flatpak packaging.

Bottles is a combination of out-of-the-box tweaks, libraries, and dependencies that make much easier to use native Windows software in your distro GNU/Linux favorite, even making use of WINE, Proton, DXVK, etc. Some of the most notable features are:

Each software may be in what is known as bottle or bottle within this project, with the appropriate runtime environment in order to work around some of the usual problems you run into when using WINE alone.