‘Blockbuster’ Premiere Date, Cast, and Why the Show Had to Be on Netflix 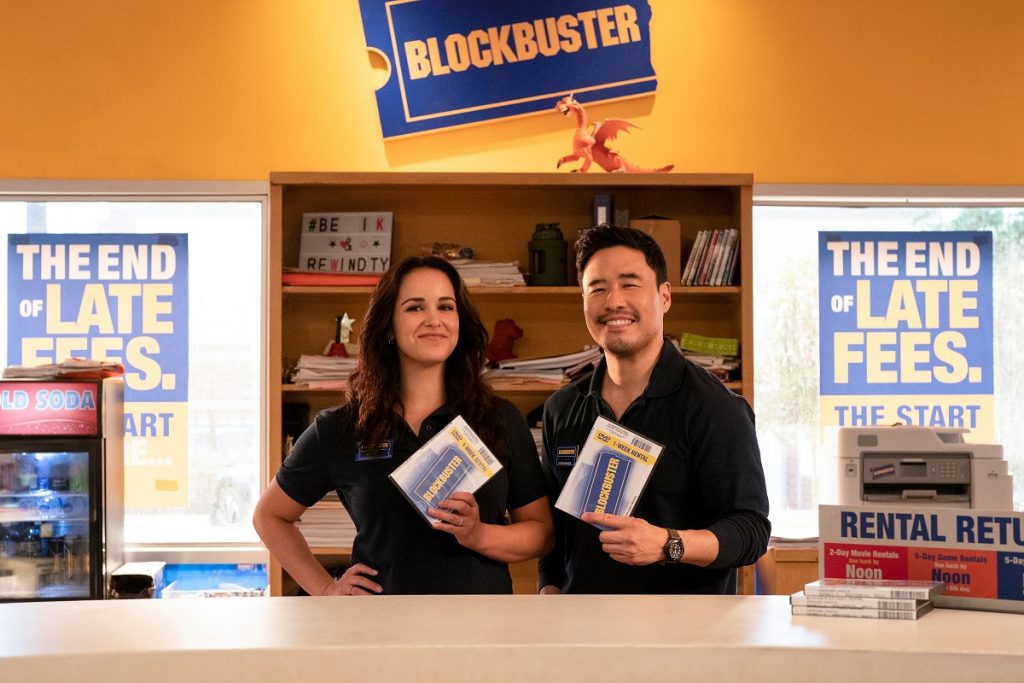 Before streaming services became the norm, the only way viewers could enjoy movies at home was by going to the local video store. Blockbuster dominated the market, providing access to thousands of titles for an affordable overnight rental fee. Then, Netflix came along.

Now the need to peruse the endless aisles of videotapes is no longer necessary. Everyone can watch movies from the comfort of their couch with just the click of a button. So naturally, when a new comedy series, aptly named Blockbuster, came along, where else would it land but the streamer that took down the chain?

‘Blockbuster’ is a 2022 Netflix series

Randall Park portrays Timmy Yoon, manager of the last remaining Blockbuster. He works hard to convince his once-loyal customers that his store can offer a personal touch that is impossible to find with streaming services and large corporations.

According to Variety, the first season of Blockbuster includes 10 half-hour episodes that will be released all at once. The series will premiere on Netflix on November 3, 2022.

Learn more about the cast of ‘Blockbuster’

Audiences will remember Park from his role as Louis Huang on the ABC television series Fresh Off the Boat, which aired from 2015 to 2020. He also starred in Young Rock, WandaVision, and Marvel’s Ant-Man and the Wasp. His Blockbuster character is described as an analog dreamer and lover of all things related to movies.

The actor is joined by Melissa Fumero. The actor starred as Amy Santiago in the NBC comedy series Brooklyn Nine-Nine from 2013 to 2021. According to What’s on Netflix, Park and Fumero head up the ensemble cast. She plays Eliza Walker, “a headstrong woman in her 40s and dedicated mother whose marriage to her high school sweetheart is on the rocks. She left Harvard after one semester to start a family and now works at Blockbuster.”

Other lead players include Madeleine Arthur (To All The Boys I’ve Loved Before), Tyler Alvarez (Never Have I Ever), Olga Merediz (In the Heights), J.B. Smoove (Curb Your Enthusiasm), and Kamaia Fairburn (Overlord and the Underwoods).

Producers of the new Netflix series reportedly acquired the rights to the Blockbuster logo, allowing the cast to wear authentic store uniforms, giving audiences a nostalgic walk down memory lane.

The irony of the new series premiering on Netflix

What started as a DVD-by-mail rental company morphed into one of the world’s largest streaming platforms. According to Variety, in the early 2000s, Netflix CEO and co-founder Reed Hastings tried to sell his fledgling company to Blockbuster for $50 million, and they declined the offer. At the time, they “lacked the vision to see where the home video industry was going and the changing shifts in the business.”

By 2010, Blockbuster had become defunct, filing for bankruptcy after losing $1.1 billion. Dish Network bought the company, eventually closing all but one of the brick-and-mortar stores. The subject of The Last Blockbuster, a 2020 Netflix documentary, it still operates out of its Bend, Oregon location.

We Got This Covered reports the irony of the new Blockbuster comedy series airing on Netflix is not lost on viewers. The corporate giant is responsible for the demise of not only Blockbuster stores, but also local video rental outlets across the country.

A Twitter user commented, “Bro…talk about rubbing salt in the wound,” while another claimed, “the level of shade by Netflix to release a comedy about the company they put out of business is truly aspirational.”

RELATED: The Most Fascinating Facts About Netflix You Probably Never Knew