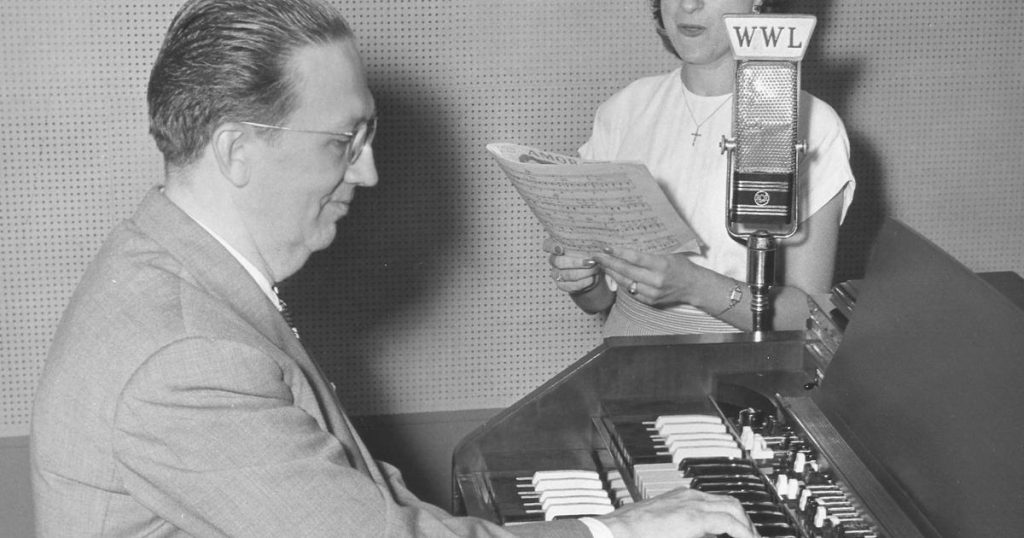 This week marks the 100th anniversary of the first broadcast of WWL Radio, an important milestone not just in New Orleans media but in the history of American broadcasting as the first radio station in the lower Mississippi River valley.

WWL was an outgrowth of physics experiments and wireless radio classes offered at Loyola University as early as 1907. On March 31, 1922, WWL’s first broadcast from Loyola’s Marquette Hall consisted of an on-air fundraising appeal from Father Edward Cummings, S.J., Loyola University’s president, followed by someone playing a few songs on an upright piano.

Over the next decade, the AM radio station grew into a more professional operation. In 1929, it hired its first talent, began remote broadcasts and sold time to advertisers. The station moved its studios to the Hotel Monteleone in 1930 and then to the Roosevelt Hotel in 1932. By 1937, WWL had grown to a powerful 50,000-watt clear channel station, meaning it could be heard all across the country.

The station began its long association with the New Orleans Saints when the team debuted in 1967 and remains the home of the team’s radio broadcasts.

Over the years, WWL earned national accolades for its service during hurricanes, including Hurricane Katrina, when its broadcasts were a lifeline to many evacuees.

Loyola sold WWL Radio and its sister station WLMG-FM in 1989. By that time, it had moved its studios to North Rampart Street near WWL-TV, which signed on in 1957.

Now broadcasting from studios on Poydras Street, WWL Radio is owned by Audacy, one of the nation’s largest media companies.

Vincent Tortorich opened a corner store at Valence and Laurel in 1940.

For 40 years Gambit has reported on the city we love, connected you to New Orleans, and covered the issues that matter to New Orleanians—all for free.
We need YOUR help to keep doing it.
Become a Gambit Member and join our krewe today.