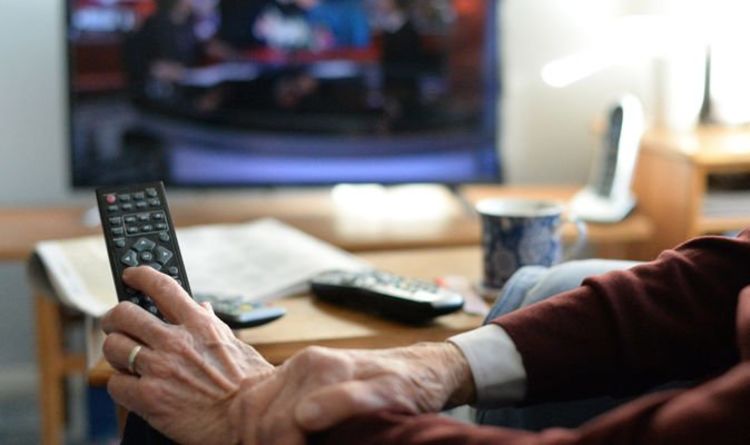 The BBC has faced immense pressure in recent weeks, with much criticism raised over allegations of “liberal bias” at the corporation and the licence fee which funds it brought into question. Its programmes are also failing to attract young people, according to a new poll which rubs salt in the wounds of the broadcaster.

Only one in 20 of those aged 18-30 watch any BBC TV channel live every day, a YouGov poll for the Sunday Times found.

This is in stark contrast to the close-to one in two people aged over 65 who do tune in on a regular basis.

More than a third of under-30s also said they “never” watched any BBC programming live.

Julian Knight MP, Chairman of the Commons Digital, Media, Culture and Sport Committee, told the paper this was akin to a “demographic time bomb”.

He said: “The BBC needs to wake up to this demographic time bomb – the average age of a 5 Live listener is my age [50]!

“They have excellent children’s broadcasting – CBeebies is world class – but then [teenagers and 20-somethings] drift off, and there’s a huge drop in the audience for linear broadcasting.

The poll suggests the freezing of the TV licence fee at £159 over the next two years could not have come at a worse time.

Mr Davie added that “everything’s on the agenda”, with reports suggesting BBC Four could soon be given the chop.

Ms Dorries’s suggestion that the next licence fee announcement will be “the last” – with alternative funding models set to be considered after 2027 – is likely to have produced even greater headaches among the broadcaster’s top brass.

The Prime Minister told his Cabinet he was “right behind” the licence fee being scrapped, according to a report in the Sun.

Twenty-four percent of those polled for the Sunday Times said the levy should continue to fund the BBC, but 17 percent argued a subscription model – like that of Netflix – would be more suitable.

Thirty-five percent said the broadcaster should fund itself through advertising on its TV and radio stations.

Earlier this week, broadcasting heavyweight and former BBC Question Time host David Dimbleby argued that the licence fee, as it stands, was “unfair”.

He said the fee should not be axed, but should be reformed in line with the council tax rate bands.

In a letter published in the Times, Mr Dimbleby suggested: “Those in band [D] would pay the most for possession of a TV set and those in band [A] the least.”

Another broadcasting hero, Andrew Marr, went one step further and said the fee might, in the future, have to be scrapped and replaced with a “subscription model”.

Asked for a comment on the new, damning poll, a BBC spokesperson told Express.co.uk: “The BBC is the most used media brand for 16-34s in the UK, reaching 80 percent each week, and more young people are watching BBC iPlayer than ever before as we continue to break new records…”

We’ve said we are doing more for younger audiences across the whole of the UK and BBC Three’s return as a broadcast channel next month will help us reach and deliver more value to them and maximise the impact of our increased investment in new content.”