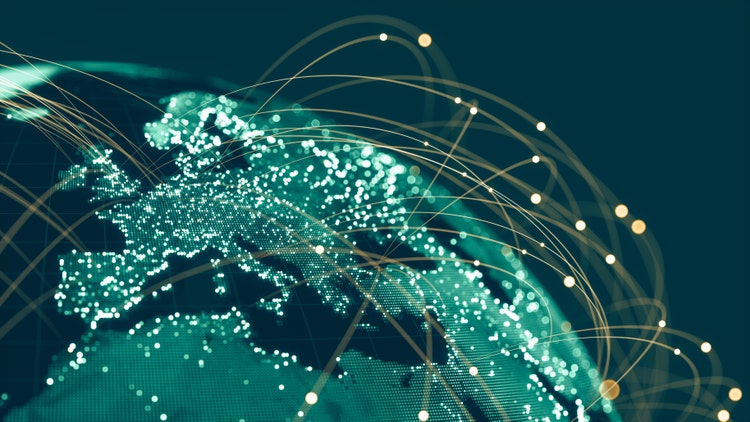 AT&T Inc (NYSE:T) plans to be the leading broadband provider in the US through massive capital investments in 5G broadband and next-generation fiber technology. Based on conservative projections, the company expects a “5x data increase on its network over the next 5 years,” through successful deployments in households and small and medium-sized businesses in the US.

Upon widespread adoption, AT&T should finally be able to move past its historically disastrous M&A activities and potentially improve its stock valuations moving forward. Nonetheless, we still anticipate a Herculean effort to erase its debt of well over $200B.

A Potential Leader In 5G With Cloud And Edge Compute Capabilities

The COVID-19 pandemic has brought on the advent of remote work and home-based entertainment of unicast streaming/ online gaming. With the massive demand for real-time Metaverse experiences, such as those offered by Roblox (RBLX) and Meta (FB), the company also expects increased consumer demand for high-quality broadband networks moving forward. In addition, nearly 37% of American households own more smart home devices in 2020, which is the highest rate worldwide. Based on AT&T’s estimates, US household consumption is expected to increase from 900 gigabytes every month in 2022 to potentially 4.6 terabytes by 2025. As a result, it is evident that consumers are using more data at home, while also expecting high-speed broadband with excellent reliability.

AT&T also seeks to tap into the booming small and medium-sized businesses (SMB), which has reported a 2.5% YoY growth in 2021. It is also important to note that SMBs accounted for 99.9% of all businesses in the US, with an impressive 32.5M businesses as of 2021. In addition, SMBs are also consuming more data, with their usage expected to increase from 600 gigabytes to over 2 terabytes in the next three years. As a result, AT&T has a significant untapped Total Addressable Market, with approximately 50M US households and 10M businesses currently without access to high-speed internet. In addition, we expect AT&T to benefit from the Infrastructure Act passed in November 2021, with a $65B provision to expand high-speed internet access in the US.

AT&T is also eyeing another up-and-coming segment: the cloud computing and data server segment. Given the prevalence of remote work, more companies rely on the cloud and/or data servers for sharing of information and work communication. For example, Amazon (AMZN) reported an increase of 37.3% YoY for its Amazon Web Services related revenues, from $45.3B in FY2020 to $62.2B in FY2021. The data center market also predicted massive growth from $230B in 2021 to $519B by 2025, at an impressive CAGR of 21%. Given the robust demand for high-speed internet and cloud computing, AT&T expects to tap on the emerging market of new-age connectivity powered by 5G and next-generation fiber. For example, AT&T shared its experience in working with Microsoft Azure in its March 2022 Investor Day:

We’re deploying private 5G in the factory coupled with edge compute powered by Microsoft Azure. This will enable Ford to better transform their manufacturing processes with capabilities such as machine vision to enable real-time quality checks during manufacturing through low latency communications, acoustic detection to capture in real time the sound of a seatbelt click to inform that the seatbelt is working properly, over-the-air firmware updates to the F-150 lightning as it’s moving across the factory floor. (Seeking Alpha)

To fund these aggressive aspirations, AT&T expects to spend up to $24B each year in capital expenditures in FY2022 and FY2023, with $6B dedicated for 5G transformation and up to $4B for next-generation fiber deployment. The change reflects its organizational shift towards investing in breakthrough technologies, that may deliver widespread adoption rates and sustainable revenue growth moving forward. The company expects the front loading expenditure to moderate to $20B annually from FY2024 onwards. As a result of the massive CAPEX expenses, AT&T expects to improve its wireline footprint from 20% fiber to over 75% coverage of combined fiber and 5G technology, with over 5 fold adoption by 2025.

It is evident that AT&T is finally focusing on its internal growth through software and capabilities development, while optimizing its network and connectivity value proposition. As a result, the company may finally redeem itself from its disastrous past M&A activities, though we expect Herculean effort and work ahead to rid itself of a gargantuan debt of over $200B.

AT&T Is Riddled With Ill-Disposed Debt Of Over $200B

AT&T has accumulated endless debts in the past ten years, funding massive unprofitable acquisition activities. As shown, the company has a total of $208.66B of debt by FY2021, with a market cap of $165B and a total Enterprise Value (EV) of $370B as of 17 March 2022. Given the massive difference in its market cap and EV, we are rightfully concerned given how massive AT&T’s debts and diluted its shareholders are. Furthermore, in FY2020 and FY2021, the company spent $7.9B and $6.8B for interest expenses, representing easily over 150% and 34% of its annual net income. These numbers are rather frightening, given how AT&T will be spending more to fund its 5G and fiber network moving forward.

In addition, as evident due to the acquisitions, AT&T relied on a certain amount of share dilution for its expansion. In 2015 (DTV acquisition) and 2018 (Time Warner acquisition), its shareholders are diluted by 18% and 18.6%, respectively. As for its new spin-off, Warner Bros. Discovery (WBD), each AT&T shareholder may expect to receive 0.24 shares of the new common stock of the new company for each AT&T share they own. Based on the latest shares outstanding, approximately 1.72B of new shares will be issued, representing another round of significant dilution to Discovery’s existing shareholders of 700M shares.

However, with the new proforma company, AT&T may expect a slight improvement moving forward. The company guided a net debt-to-EBITDA goal of 2.5x by the end of FY2023. In addition, AT&T guided for the annual generation of $18B Free Cash Flow from 2023 onwards, with $10B allocated to dividends/ interest servicing and $8B for the company’s cash flow. Nonetheless, given how the company is expected to only receive “an aggregate amount of $43B in a combination of cash, debt and WarnerMedia’s retention of certain debt after the spin-off,” it is evident that AT&T has massively overpaid for the acquisition of Time Warner in 2018. It marks another financial failure to AT&T’s string of acquisitions thus far.

We will not be going into detail on AT&T’s revenue segments for this analysis, perhaps another time.

AT&T guided revenue growth at a CAGR in the low single-digits over the next two years. Based on conservative estimates of 2.5% YoY growth, we expect FY2022’s revenues to be at $121.1B (post forma), based on $118.2B in FY2021. Nonetheless, AT&T may easily exceed our estimates, given how the company expected “3%-plus growth in wireless service, and 6%-plus growth in broadband revenues.”

AT&T is currently trading at an EV/NTM Revenue of 2.38x, in line with its 3Y mean of 2.43x. According to consensus estimates, AT&T stock is also now fair value, given its ability to generate massive free cash flow. A recent market correction surrounding technology stocks has also pushed AT&T’s stock price to $23.19, nearer its 52-week low of $22.02.

However, we do not recommend investors to buy into the dip now. We expect the stock’s valuation to further retrace, before there is any clear path for sustained revenue growth and accelerated deleveraging moving forward. Our sentiments are also reflected in AT&T’s stock valuations, which have pushed its prices nearer to 2006’s and 2009’s lows. Nonetheless, aggressive investors may still add at the current undervaluation, if they do not mind the risks discussed above.