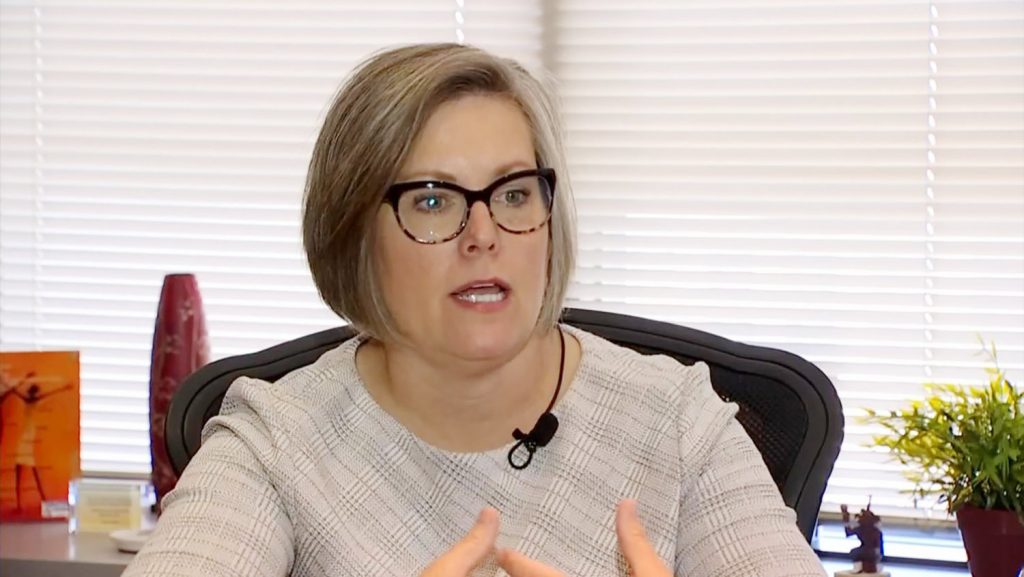 PHOENIX — Secretary of State Katie Hobbs is going to court to block Attorney General Mark Brnovich from taking action against her for the decision to temporarily take an online candidate signature-gathering website offline to be updated.

In new legal filings, attorney Roopali Desai said Brnovich is pursuing “unfounded and unprecedented enforcement action” against Hobbs, threatening her with criminal prosecution “for performing her duties as the state’s chief elections officer.” And she wants Maricopa County Superior Court Judge Joan Sinclair to block Brnovich from initiating any civil or criminal complaints against Hobbs.

Brnovich spokeswoman Katie Conner dismissed the lawsuit as a bid by Hobbs to “politicize every issue.”

“She seems more concerned with avoiding the blame than fixing the problem,” Conner said in a prepared statement.

The fight is over the E-Qual system, first established in 2011, which allows candidates to get signatures they need for nomination online. Normally there are no major issues.

This year, however, the Independent Redistricting Commission drew new lines for legislative and congressional candidates.

Hobbs said that requires her to take the system offline next month to account for those new districts, as the voter registration system — the one that determines if signers live within the districts of those they are supporting — cannot accommodate more than one set of maps. So that means the system will not be available for those running for Congress or the legislature.

That led to a letter from Assistant Attorney General Jennifer Wright warning that any move to do so would be “contrary to law,” floating the possibility that Hobbs could be charged with a Class 3 misdemeanor —and jailed for up to 30 days and fined $500 — for knowingly refusing to perform a duty required under state election laws.

And Wright even said that the refusal to keep E-Qual online could be a felony that carries a penalty of a year in state prison.

“This threat against the secretary is not only legally baseless, but also dangerous,” Desai wrote. And she sees a political motive.

“It is part of a larger systematic effort to undermine election officials’ ability to oversee and administer elections in the wake of the 2020 election,” Desai continued. “Election officials across the country have faced unprecedented harassment — and demands to be locked up or worse — simply for doing their jobs.”

Desai also said that Brnovich, a Republican who is hoping to be the GOP nominee for the U.S. Senate, is singling out Hobbs, a Democrat running for governor, in what the attorney said would be unprecedented action.

Desai said Brnovich took no action against Hobbs’ predecessor, Michele Reagan, in 2016 after the Republican didn’t update the E-Qual system to comply with new requirements to extend the system to certain local candidates.

“Yet the AG claims the secretary will violate Arizona law — and face civil and criminal liability — if she takes E-Qual offline for approximately three weeks to allow Arizona’s counties to implement the new maps,” Desai said.

She also pointed out that taking E-Qual offline does not leave candidates without options. Desai said they remain able to gather signatures with pen and paper, the way it has been for years.

In fact, Desai noted, the Motor Vehicle Division had to temporarily shut down its own computer system in early 2020 to replace it with a new one.

During that time, she said, individuals were unable to make use of the MVD feature which also allowed people to register to vote while getting or updating a driver’s license. But here, too, people could still register to vote using paper forms.

“She does not violate those statutes by temporarily taking E-Qual offline to allow counties to update the voter registration system with new district maps,” Desai said. And she specifically wants to enjoin Brnovich from even initiating any legal action against Hobbs.

No date has been set for a hearing.