Apple Is at the Core of Software Company Jamf’s Appeal 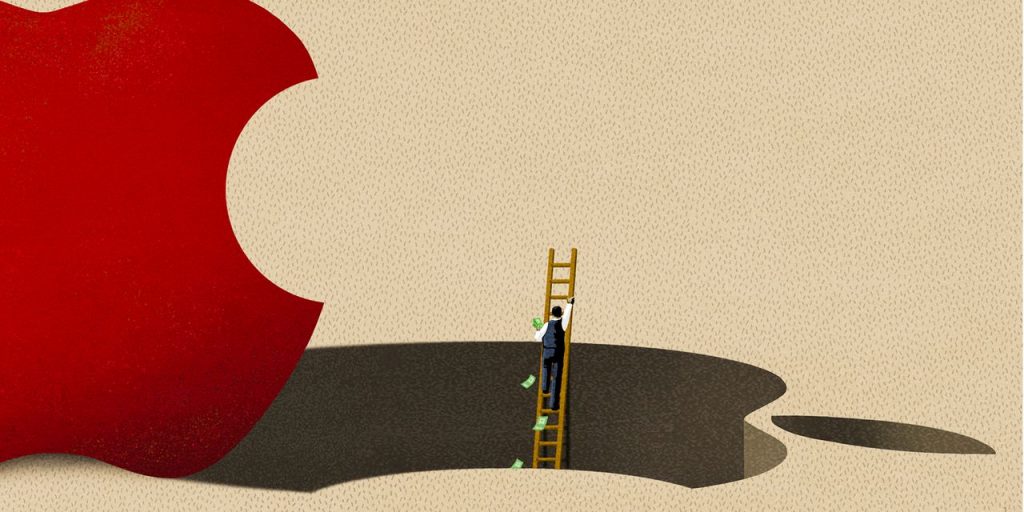 
When you live by

Apple
,
you die by Apple.

investors learned that the hard way—but its stock looks ready to rebound.

The past four months haven’t been good for Jamf. On Nov. 10, Apple (ticker: AAPL) announced that it would launch Apple Business Essentials, which would provide new-device onboarding and cloud management for small businesses. That’s exactly what Jamf (JAMF), which serves businesses and educational institutions, does, and its stock has plunged 32% since the announcement.

The steep drop in the stock seems like an overreaction. While Apple’s announcement was alarming, there are signs that Apple still sees Minneapolis-based Jamf as a partner, not a competitor, and that its new unit won’t hit the software company’s sales too hard. Larger customers, including

General Electric (GE)
,
and even Apple itself, appear to be sticking with Jamf. At about two-thirds the price it was trading at just a few months ago, the stock looks like a good pickup now.

Jamf’s growth certainly looks impressive. On March 1, the $3.9 billion company reported a fourth-quarter profit of two cents a share, beating forecasts by a penny, on sales of $103.8 million, ahead of forecasts for $100.3 million. It also reported total annual recurring revenue of $412.5 million, above Wall Street expectations of $399 million and up 45% from the previous year, with organic annual recurring revenue—which doesn’t include new acquisitions—up around 37%.

Needham analyst Josh Reilly sees even more upside ahead. Jamf can sustain an ARR growth rate above 30% in the next few years, he argues, which would bring analysts’ 2023 consensus ARR to over $700 million. “There’s plenty of opportunity for growth here,” Reilly says.

In the real world, though, Jamf—which went public in July 2020—depends on Apple’s ecosystem for its business, which is why the tech titan’s announcement had such a big impact.

“In the short run, there are a lot of negatives,” says Eric Schiffer, founder of private-equity firm Patriarch Organization. “[Apple] is coming for them, which I think will reduce valuation.”

Jamf’s management tried to play down the significance of competition from Apple, given that the tech giant’s new unit is focusing on smaller businesses. In November, Jamf Chief Financial Officer Jill Putman said that the 500-employee-or-less segment represents a low-single-digit percentage of the company’s total ARR, implying that the overall impact of Apple’s move won’t be too much to handle.

Catering to larger customers has other benefits. Businesses aren’t about to switch away from using Apple products, and Jamf is the top software provider to Apple users. The company has over 60,000 customers. Competitor Kandji, by contrast, a private company, just received an $800 million valuation and has just over 1,000 customers, according to a Kandji blog post.

At the same time, Apple doesn’t seem interested in serving larger customers’ needs, says Mizuho Securities analyst Gregg Moskowitz. Jamf has become highly proficient at providing the kinds of complex solutions that Apple product owners need. Its annual sales more than doubled from 2018 to $366 million for 2021, according to a Securities and Exchange Commission filing.

“All of this requires lots of years of investment,” Moskowitz said. “We do not believe Apple wants to take a combative approach to Jamf.”

Whether you agree with Moskowitz likely determines whether you think Jamf, trading at 8.2 times 12-month forward sales, is still too expensive to buy, even after its recent haircut. The company also has to contend with rising interest rates, something that is forcing investors to reassess just how much they will pay for growth stocks like Jamf.

Yet Jamf is much cheaper today than it was just before the Apple announcement, when it traded at 13 times forward sales. That’s far more expensive than the


S&P 500’s
2.5 times, but just under the average U.S. software stock, which trades at just over nine times sales and isn’t seeing sales grow as quickly as Jamf is.

RBC Capital Markets analyst Matthew Hedberg’s price target of $47 implies the stock should trade at an enterprise value of 11 times his 2023 sales estimate, up 42.3% from Friday’s closing price of $33.02.

“We remain positive on the strategic outlook and potential for continued plus-30% growth in 2022,” Hedberg wrote. “One could argue for additional multiple expansion.”

Or at least significant upside in the stock.

Write to Jacob Sonenshine at jacob.sonenshine@barrons.com