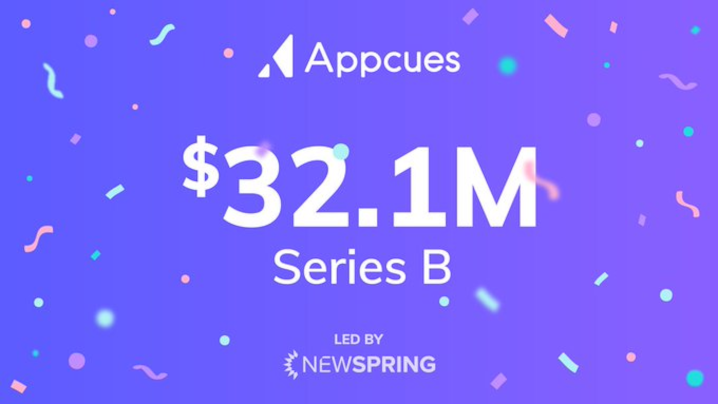 Appcues Inc., a startup whose software is used by major tech firms such as Lyft Inc. as part of their applications, today announced that it has secured a $32.1 million funding round.

The Series B round will go toward product development and growth initiatives. It was led by NewSpring, and Columbia Partners, Sierra Ventures and Accomplice participated as well. The startup has raised a total of $47.9 million from investors since launching.

Boston-based Appcues specializes in helping software firms familiarize new customers with their applications. When a user signs up for an application, there is often a learning curve involved in determining what feature performs which function. The more complex the software, the more time onboarding takes.

The platform doesn’t require any technical know-how to use. The startup provides a point-and-click tool for building onboarding workflows. According to Appcues, creating a workflow can take as little as a day as opposed to the weeks the process may require otherwise.

“Product experience matters more than ever, yet it can still take weeks to get something live in your product,” said Appcues co-founder and Chief Executive Officer Jackson Noel. “We’re helping over 1,500 customers close this gap, build beautiful experiences in their products to deepen engagement, and move faster within their teams.”

One way a company can use Appcues is by creating a feature tour that walks customers through every key capability of an application. The feature tour can include, among other elements, explanatory tooltips that appear in the application’s interface whenever a user clicks a button for the first time. For example, a company that sells a data analytics tool might create tooltips to explain the steps involved in retrieving information from external systems for processing.

Appcues enables firms to customize the application onboarding workflows they add to their software in multiple ways. A company can configure feature explainers to appear in response to specific user actions, such as when a customer navigates to a certain interface section. It’s also possible to tailor the onboarding workflow based on user roles. If a business intelligence platform is used by both data scientists and finance professionals, the firm that operates the platform could create two separate onboarding workflows.

The technology can help tech companies acquire more customers, according to Appcues. If a user who signs up for a free software trial struggles to navigate an application’s interface, the chance that the user will buy a subscription falls. Creating an onboarding workflow that guides potential customers on how to navigate an application’s interface can help software firms reduce usability issues, which in turn has the potential to boost revenue.

Usability can be an especially big challenge in complex applications aimed at the enterprise market. An application focused on a task such as software development, for example, may have a large number of features that require specialized know-how to use. An onboarding workflow can potentially save hours of learning for users.

The consumer software market may also hold significant opportunities for Appcues. For a consumer application that has millions of users, streamlining the user onboarding process even slightly can add up to significant benefits across the entire installed base.

Appcues says its platform is used by more than 1,500 companies, including big names such as Lyft Inc. and Amplitude Inc,. a publicly traded data analytics provider. It says it has delivered nearly 2 billion personalized experiences to more than 200 million users to date.

Creating automated onboarding workflows is not the only method that software companies use to provide a better user experience. Many application usability issues are caused by software bugs that were not detected before the affected snippet of code rolled out to production. Companies use automated code testing tools to help them fix bugs before they can impact the user experience.

Another approach to making applications more competitive is to create multiple versions of key interface elements. Developers analyze which version is most popular among users and set it as the default option. Statsig Inc., a startup with a platform that makes this task easier, raised a $10.4 million funding round led by Sequoia last August.