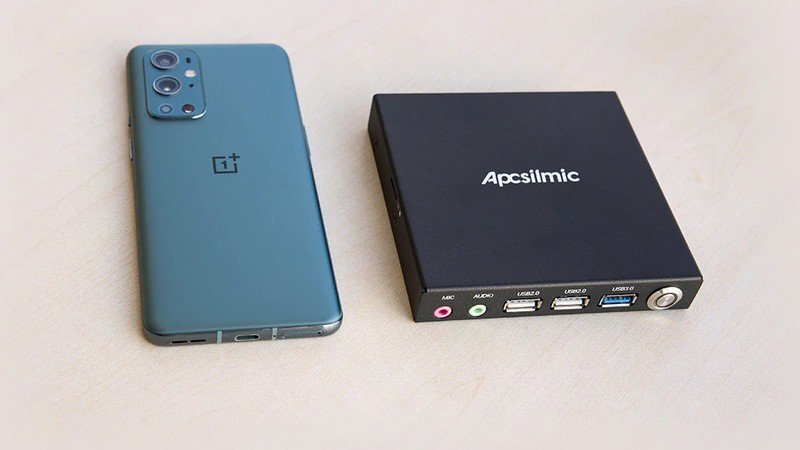 Apcsilmic recently launched the Dot 1, a mini PC powered by the Snapdragon 7c processor. It’s a mini PC built for developers to test out apps for Windows 11 on ARM. According to Apcsilmic, the Dot 1 is the world’s “most energy-efficient” Windows Mini PC as well as the smallest mini PC on the market. You can order the Apcsilmic now, starting at $229.

The Dot 1 is not meant to compete with the best mini PCs in terms of power. It has modest specs and is aimed primarily at developers, though anyone can purchase one. While not as powerful as other mini PCs, the Dot 1 is smaller than most devices in its class. It’s also fanless, which allows it to run quietly.

However, it should be noted that although this PC ships with Windows 11, it is an unlicensed version, meaning you’ll need to fork over another $100 for a license from Apcsilmic or Microsoft.

The real strength of the Dot 1 is the sheer variety of ports, including two HDMI (for up to two 2K monitors), optional 4G for those without local internet, and even a full Ethernet port for wired connectivity. There are also three USB-A ports, micro SD, and separate mic and audio-out jacks.

Qualcomm announced a similar developer kit running on a Snapdragon 7c in May 2021, though the device didn’t ship until November of that year. That mini PC costs $219 and has similar specs to the Dot 1.

There aren’t a lot of ARM-powered mini PCs available, but Apcsilmic’s Dot 1 is smaller than the Snapdragon Developer Kit. It also has optional 4G connectivity, which is a nice bonus for developers on the go.

The Apcsilmic Dot 1 is a tiny mini PC that runs on a Snapdragon 7c processor. While the device is aimed at developers, anyone can order one.


You don’t have to empty out your wallet to get a great machine capable of running Windows and helping you get stuff done every day. You don’t even have to pay that much for great features like touchscreens, Bluetooth, and discrete graphics.