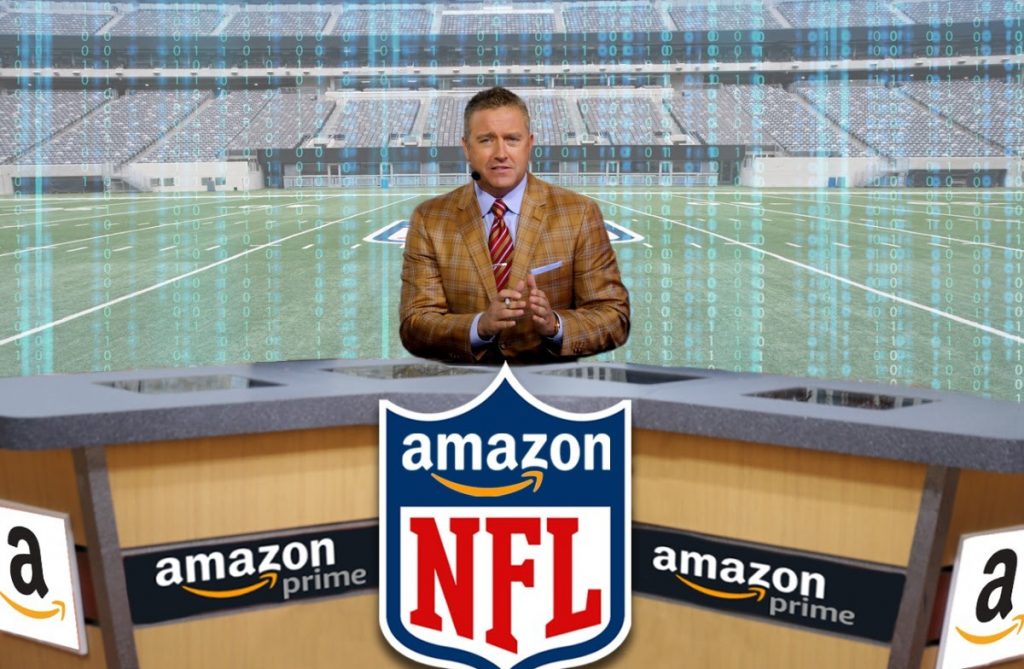 There’s nothing like settling in to watch a good football game — loading up a burger, cracking open a beer, picking up the remote control, trying to remember which channel the game is on, thumbing to the proper streaming service, trying to remember your password, cursing, hitting the “forgot password” button, looking for your phone, cursing again, entering a new password, getting told it’s not secure enough, cursing loud enough to scare the dog, typing in a new one letter by painstaking letter with your TV remote control … it’s magical, really.

Truly, we live in the golden age of sports broadcasting.

We’re only a few short months away from the beginning of the end of the kick-back-and-turn-on-the-TV football era. Starting this fall, Thursday night games will be on Amazon Prime, and only Amazon Prime. That means if you want to catch that Browns-Commanders thriller, you’ll need to be subscribed to the service that got so many Americans through the pandemic. (And there are only so many free trial variants you can string together. Trust me.)

In practical terms, the Amazon deal isn’t all that different from any other pay-TV or streaming service; you can’t (legally!) get cable without an account, and you can’t just turn on a random non-smart TV and stream Netflix or Disney+. The vast majority of American TV consumers have already been worn down, weaned off cable and conditioned to accept yet another streaming source. (We’ve basically exchanged an expensive, overarching cable monopoly for a dozen mini-fiefdoms with their own shares of exclusive content, but that’s a discussion for another day.)

But the Amazon deal represents a big leap forward for the NFL, a long-term play, and it’ll be interesting to watch the backlash that ensues when a whole tranche of sports fans realizes they can’t find the game anywhere on the TV channels they’re already paying for. And Amazon isn’t exactly known for being satisfied with holding one tiny slice of a large, lucrative market.

A few years back, when NASCAR began broadcasting some of its races on cable, the howl from longtime fans echoed over the land. This in itself isn’t notable; longtime NASCAR fans howl about everything that’s different from the days of the Intimidator and the King. But to this day, cable broadcasts of NASCAR races — and every other sport, for that matter — still lag well behind broadcast TV numbers.

The NFL is gambling that the long-term value of a partnership with one of the world’s preeminent brands is worth the short-term loss of some angry viewers annoyed they have to give their credit card to yet another service … if they’re among the ever-dwindling number of Americans who aren’t already in thrall to Amazon, that is.

Amazon isn’t the first entity to stream NFL games exclusively over the internet; that honor belongs to yours truly. Yahoo Sports streamed a Bills-Jaguars London game back in October 2015. (Yeah, the NFL didn’t exactly give us the pick of the litter on that one.) Yahoo Sports has since opted to stream existing NFL broadcasts.

Amazon, on the other hand, is going all in with its own production team across the board, and it is raining sweet, sweet Bezos coin on some big names. Per NBC’s Peter King, Amazon failed to land Troy Aikman, John Lynch and Sean McVay, so it reportedly signed ABC/ESPN college football analyst Kirk Herbstreit to add NFL color commentator duties to his existing college work. Play-by-play is still up in the air; Al Michaels and Joe Buck are reportedly in the mix, and their agents are dancing under what’s sure to be a waterfall of cash for them, wherever they land.

All of this has the effect of bringing Amazon instant legitimacy in the eyes of football fans. If Amazon had decided to get wacky and hire, oh, Billie Eilish and Robert Pattinson to announce its fall slate, well, they’d have drawn notice, but not the kind Amazon and the NFL want. Herbstreit will be a familiar voice to ease the transition. For the NFL, more of the same is always better … even if it’ll be arriving in your home in a smiling new package.