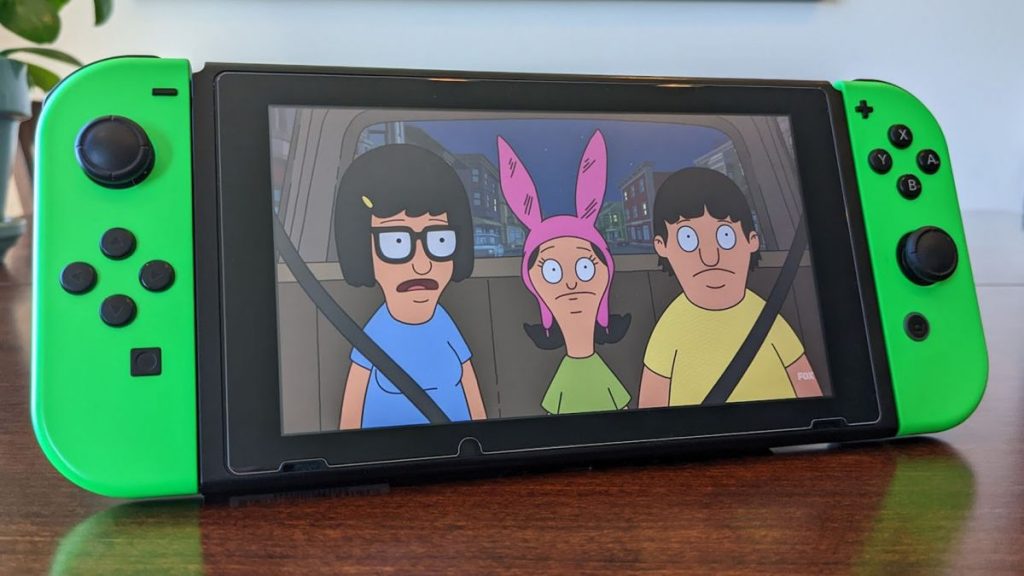 With its portability and wide list of hit games, the Nintendo Switch is an amazing entertainment device. Even in those moments where you want to relax but don’t necessarily want to play anything, you can choose to watch a show or watch one of your favorite streamers play a game you like. All you have to do is download one of the compatible streaming service apps for Switch and pay a subscription, if necessary. Fortunately, some of the streaming apps are absolutely free to use.

The closest Nintendo Switch streaming service to Netflix is Hulu, which is a popular choice in its own right. It’s home to several hit TV shows and movies which you gain access to with a subscription. You can either pay $6.99 per month ($69.99 per year) for ad-supported watching or pay $12.99 per month for no ads. You might also want to purchase one of the best Nintendo Switch stands for a better viewing experience.

Notable Shows: Adventure Time, Bob’s Burgers, Futurama, Better Off Ted, Modern Family, What We Do in the Shadows, Only Murders in the Building, Scrubs, How I Met Your Mother,  Community, and much more.

Crunchyroll is many people’s go-to service for anime. It hosts thousands of popular anime episodes including many of the most popular shows available today.

There are three subscription options. The Fan plan is $7.99 per month, is free of ads, gives you unlimited access to the entire library as well as digital manga, but only lets you stream to one device at a time. The Mega Fan plan is $9.99 with all of the perks of the base plan but lets you stream to four devices at a time and also offers offline viewing. Lastly, there’s the Ultimate Fan plan. It is $14.99 per month, offers all perks previously mentioned but streams on six devices at a time, and gives you access to some physical goodies like a swag bag and Nendoroid figure. There’s even a 14-day free trial if you want to check Crunchyroll out first.

YouTube is a great asset whether you’re looking for gaming assistance, want to watch the latest Nintendo Direct, or feel like catching up with your favorite influencer. Being able to use it on Switch, makes the console that much more entertainment-focused.

Of course, the nice thing about YouTube compared to the other options on this list is that it doesn’t cost anything. That is, unless you want to pay $11.99 per month for the ad-free premium version that allows for offline downloads and also gives you access to the Music Premium app.

Twitch is by far the most streamer-focused option on this list. Look up specific games you like and then watch people play them. Or, if you already have some favorite streamers that you like to watch, jump onto their channels and see what they’re up to. You can find people playing just about anything as long as it’s released.

What’s more, Twitch is free to use from a viewer’s perspective. You only need to worry about paying for anything if you want your own broadcast.

Funimation offers a free plan that gives Switch owners limited access to certain shows in the service’s library. But you’ll have to sit through ads. If you want to go ad-free, you pay $9.99 per month. You’ll have the ability to choose between subs and dubs and can download shows to watch later when offline.

This fun streaming service covers all things Pokémon! Watch the original series or one of the ones that have come out more recently. There are also a number of specials and even a few options for really young viewers. The best part of all is that Pokémon TV is absolutely free. You just need to download it from the eShop and get watching!

Why isn’t Netflix available on Switch?

Unfortunately, you cannot watch Netflix on Nintendo Switch through any legal means since it is not available on the Nintendo eShop. The exact reason why Netflix isn’t on Switch yet isn’t widely known. However, thanks to a 2018 Game Informer article, we do know that Netflix executive Scott Mirer has said that he would like to bring Netflix to Switch.

“In the case of the Switch, they [Nintendo] were very focused at launch not on video-use cases, but on gaming cases, video was not a priority for them,” Mirer said. “Whether that changes over time, we have a great relationship with them and look at the possibility of the Switch. We each have opportunity cost around that, but at some point, it might happen.”

It’s really odd that Netflix hasn’t come to Switch in the five years of the hybrid’s highly popular lifespan. Very strange indeed, when you think about how Hulu became available on eShop back in 2017. The lack of legal options has led some Switch owners to jailbreak their consoles in order to access Netflix. However, this can leave your Switch open to risks like bricking the gaming system. Not to mention, hacking your Switch in any way removes any available warranties and makes it so that Nintendo will not provide support services for it.

Since I have several consoles in my living room, I use an HDMI splitter to more easily jump between different gaming systems that are connected to my TV. If you do the same, just be aware that all of the streaming apps on Switch have issues with HDMI splitters.

To correct the problem, you’ll need to disconnect your Switch dock from the splitter and have it connect directly to an HDMI cable that runs undisrupted to the TV.

There are quite a few streaming service apps for Switch that can keep you entertained for long stretches. If you want to watch a large range of shows and movies then the very best choice is Hulu. The base subscription doesn’t cost too much and there are several hits within its library.

If you’re an anime fan, then you really ought to check out Crunchyroll. This service gives you access to the most popular anime shows available right now. There are a few different payment plans and the two higher options even allow you to download shows for offline play.

Of course, you can’t go wrong with downloading YouTube. This gives you access to a wide range of videos whether you’re looking for informative ones, your favorite influencer’s latest drop, or even the most recent Nintendo Direct.