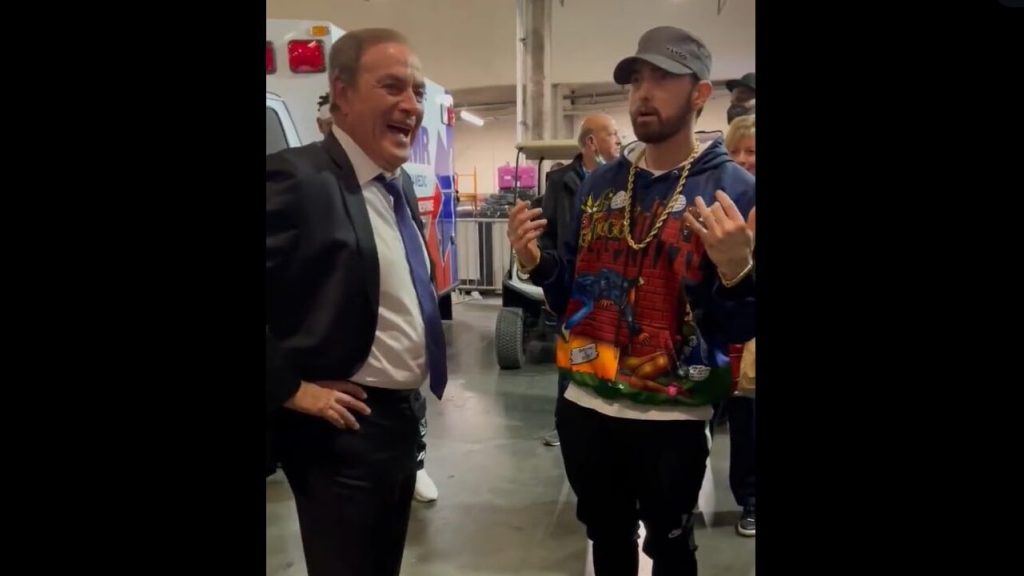 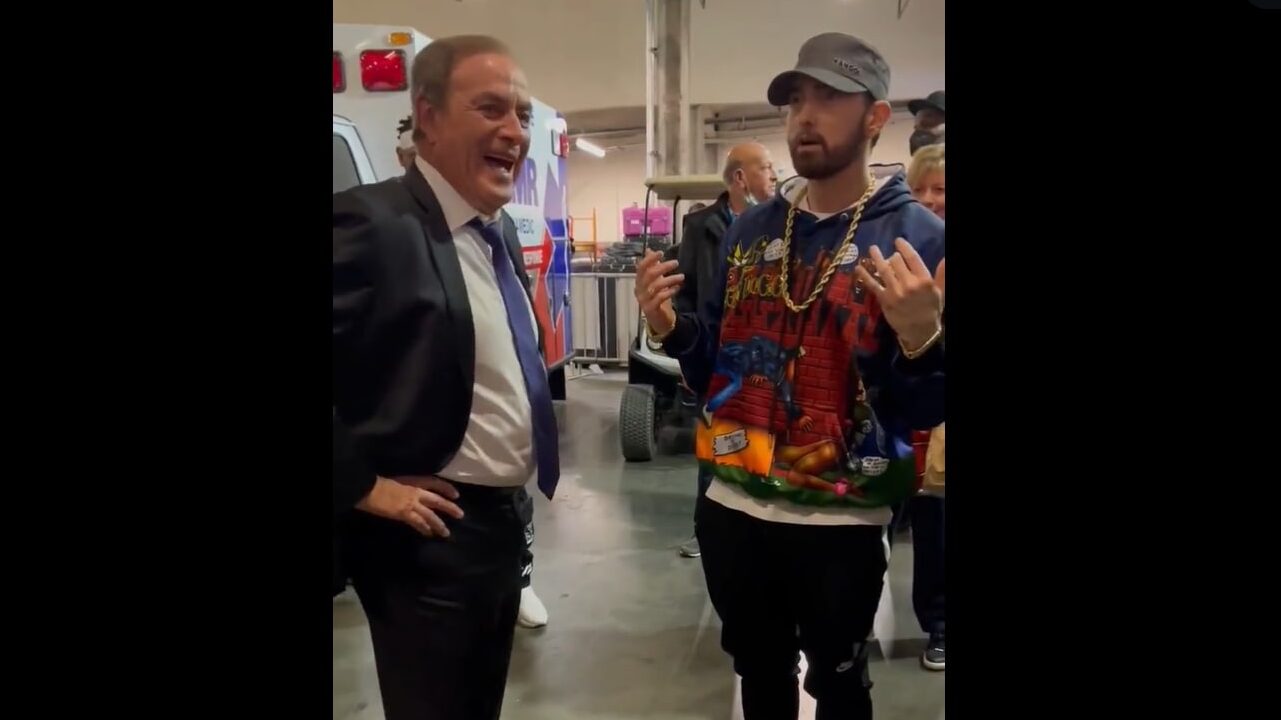 Iconic play-by-play voice Al Michaels met with Eminem at Super Bowl LVI on Sunday and the two stars were seen chatting like best friends as they traded compliments with each other.

Michaels told Eminem, who was one of the halftime performers at Super Bowl LVI, that he was “the best in show.” And Eminem was straight up giddy talking to Michaels, as he called the veteran sports broadcaster “the GOAT.”

“I’m telling you, I was telling your wife. Since I was a little kid, all the way to now, I watch shitty games when you’re doing them just because, right?” Eminem said, causing Michaels to laugh. “There’s a rumor, that you may retire,” the rap star added, hoping that it wasn’t true.

While it’s been widely assumed that Michaels is not ready to retire, the 77-year-old has been mostly quiet on his future. But on Sunday, Michaels gave Eminem the reassurance that he’ll be calling football games somewhere next season.

Sunday’s game between the Cincinnati Bengals and Los Angeles Rams was the 11th Super Bowl call of Michaels’ illustrious career. Michaels has been featured on NBC’s Sunday Night Football since 2006, but his contract expired after Super Bowl LVI and the network has Mike Tirico ready to take over the broadcast.

Although his future won’t be with NBC, Michaels remains an elite play-by-play voice and a hot commodity among some of the NFL’s other broadcast partners, such as Amazon and ESPN.

Have a tip we should know? tips@mediaite.com